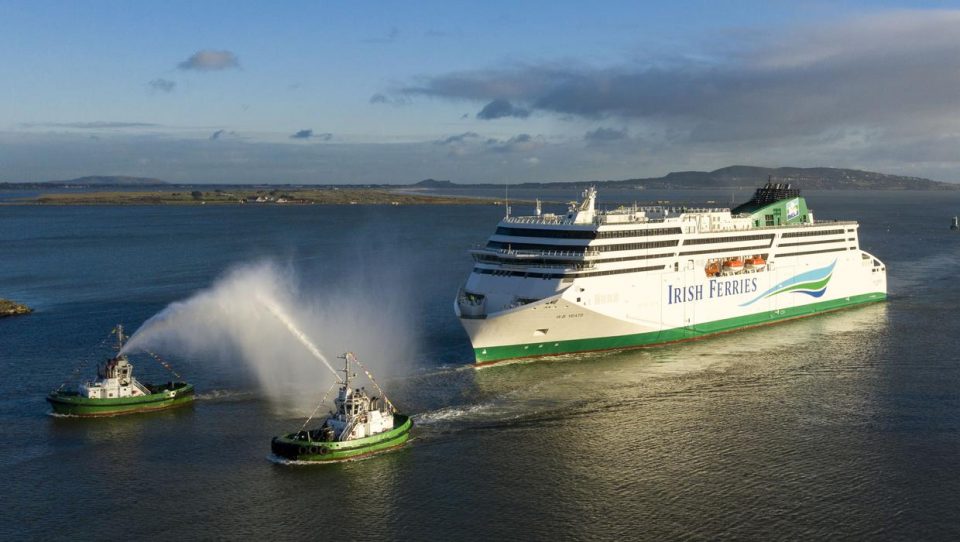 Seagoing trade stayed afloat during the first Covid lockdown, falling just over 10pc versus an almost complete disappearance of passenger traffic in the second quarter.

New figures from the Central Statistics Office (CSO) show that goods traffic into the country’s seven ports dropped by 10.5pc compared to last year. Passenger traffic fell 88.3pc over the same period due to lockdowns and travel restrictions associated with the Covid-19 pandemic.

Domestic demand in the second quarter – considered by economists to be a more accurate gauge of Irish economic activity –  fell 46.9pc compared to the first three months of the year.

The numbers suggest trade in goods held up relatively well during the most disr uptive months of the crisis.

Airport freight was similarly robust in the period, with international cargo arriving in Irish airports falling by just 4pc even as airlines carried virtually no passengers.

The UK accounted for 37.3pc of the total tonnage of goods handled by the main Irish ports –  about the same amount as from all other EU countries –  indicating the scale of possible disruption from the end of the Brexit transition period on December 31.

The tonnage of goods handled fell in all categories except liquid bulk traffic, which fell 5.4pc. Liquid bulk includes fuels such as diesel, oil and gas.

Break bulk cargo, which must be loaded individually onto vessels, suffered the steepest decline of 33.2pc, but containerised cargo fell only by single digit percentages.

The fall in passenger traffic is likely to have a greater impact on port and shipping company income.

Dublin Port Company, which handled 62.4pc of all vessels and half of the goods coming into Ireland, experienced strong growth in tourist traffic in 2019.

Irish Continental Group (ICG), the listed maritime transport company that runs Irish Ferries, had a 21.6pc fall in revenue during the first six months of the year as the pandemic put a stop to much passenger traffic across the Irish Sea in March.

Like the ports generally, there was a contrast between shipped goods and passenger traffic. Container revenue at the company fell just 6.6pc in the first half of 2020 versus 33.3pc for passenger ferries.

Kuehne+Nagel and Qatar Cargo team up for UNICEF charity flights