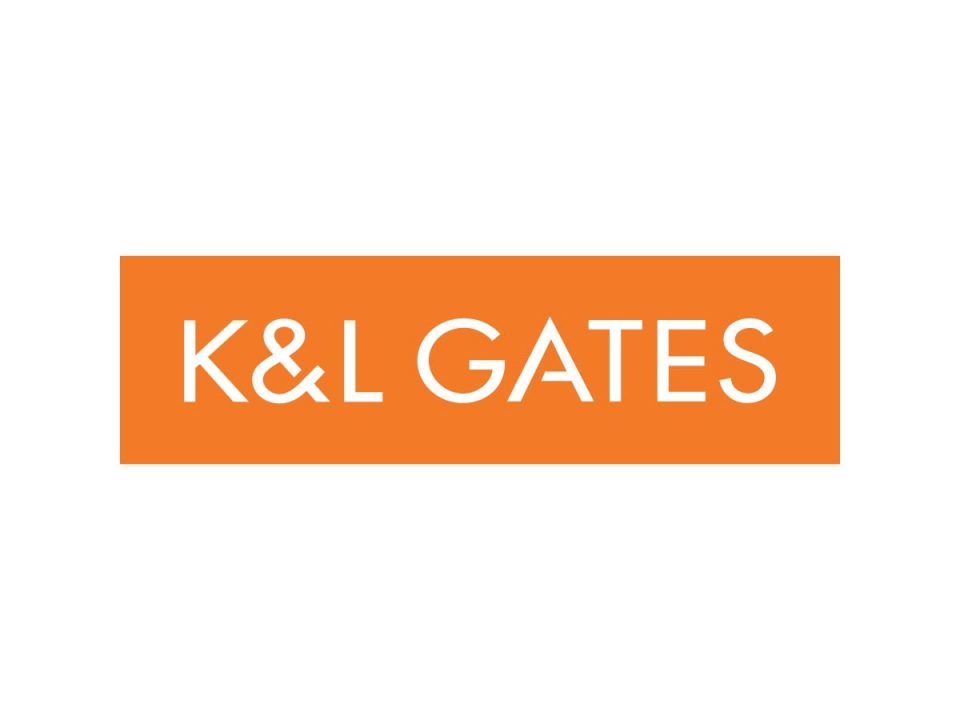 On Wednesday, 6 January 2021, the U.S. Small Business Administration (SBA) released new guidance on the existing Paycheck Protection Program (PPP) under Sections 1102 and 1106 of the Coronavirus Aid, Relief, and Economic Security Act and on the SBA’s new “Paycheck Protection Program Second Draw Loans” (the Second Draw PPP) created by Section 311 of the Economic Aid to Hard-Hit Small Businesses, Nonprofits, and Venues Act (the EAA).

The SBA’s guidance came via two interim final rules (IFRs)—one that helpfully restates and consolidates many of the prior interim rules on the PPP (the Consolidated IFR) and a second addressing the Second Draw PPP (the Second Draw PPP IFR and, together with the Consolidated IFR, the New IFRs). Both IFRs very closely track the precise language of the EAA, with far fewer departures than in the spring 2020 PPP IFRs. This alert will highlight some of the key new terms and instances where the IFRs may depart from, or perhaps clarify, ambiguities from the EAA.

Under the EAA and as provided in the Second Draw PPP IFR, an eligible borrower must have less than 300 employees and have experienced a revenue decline, the latter of which is discussed in more detail below.

However, as discussed in more detail below, there is some ambiguity as to whether a subsidiary of a public company, in addition to the public parent itself, is ineligible under the Second Draw PPP.

The Second Draw PPP may not be immediately available for some PPP borrowers that are “unresolved borrowers.” A borrower whose first PPP loan is being reviewed by the SBA will not be eligible to receive a second draw loan until the issues regarding the first PPP loan are resolved. This same limitation is applied to borrowers where “information in SBA’s possession indicates that the [PPP] borrower may have been ineligible” for its PPP loan in whole or in part. In such cases, the SBA will notify the lender that the applicant is an “unresolved borrower.”

In addition, a Second Draw PPP borrower must demonstrate a revenue decline of 25 percent in any quarter of 2020 over the corresponding quarter OR submit tax returns showing a 25 percent decline in Fiscal Year (FY) 2020 revenue over FY 2019. For this purpose, “Revenue” is defined to mean “gross receipts” in accordance with the existing SBA regulations.1

Second Draw PPP borrowers of loans under US$150 thousand need not demonstrate such decline at the time of application, but ultimately must demonstrate it later in order to obtain forgiveness.

The Second Draw PPP IFR includes further rules on the calculation of gross receipts for borrowers who have engaged in an acquisition or disposition during 2019 or 2020, in an attempt to create an apples-to-apples revenue comparison. Under those rules,

The treatment of entities acquired applies to equity acquisitions unless the entity purchased was a “segregable division,” in which case the gross receipts of the division are NOT included for periods prior to the acquisition. This, however, does not appear to exclude revenues acquired in 2020 via an asset acquisition, unless perhaps the borrower acquired the assets into a newly-formed acquisition sub or affiliate. This may unfortunately exclude some impacted borrowers who would otherwise be eligible.

Borrowers who sold a “segregable division” during 2020 must “continue to include the receipts of the division that was sold.”

Borrowers can calculate their loan amounts based on payroll costs for calendar year 2019, calendar year 2020, or (for entities) the actual trailing 12-month (TTM) period before the application. This should benefit borrowers whose payrolls have declined during the pandemic. However, the New IFRs do not address the time period for determining employee counts for purposes of the eligibility determination and, therefore, it appears that the traditional SBA method of using the average pre-application TTM period would apply.

The Consolidated IFR tracks the original rules, as limited by the EAA to borrowers in operation on 15 February 2020 (subject to exception for seasonal employers) and expanded by the EAA to include:

The list of ineligible borrowers has been expanded to include:

Notably, SBA Form 3509, the Paycheck Protection Program Loan Necessity Questionnaire, addresses the public trading of securities of the borrower or any parent company, while the New IFRs, like the EAA, address only the borrower itself. Therefore, it appears that subsidiaries of public companies may be eligible for both PPP and Second Draw PPP loans. If those loans are under US$2 million, no Form 3509 Questionnaire is required, which may make it easier for those loans to be forgiven.

The bankruptcy exclusion is consistent with the existing rules, though Section 320 of the EAA would have allowed PPP loans to bankrupt borrowers if the SBA administrator certified that they were eligible. The SBA appears to be exercising interpretive authority to decline the invitation to make such an eligibility certification.

As noted above, Borrowers can calculate their loan amounts based on payroll costs for calendar year 2019, calendar year 2020, or (for entities) the actual TTM period before the application. However, borrowers must now provide IRS Forms 941, or other tax documents, unemployment insurance reporting forms or equivalent payroll processor records with their loan applications to support the loan calculations.

The methodology for determining the loan amount for a sole proprietor (or independent contractor) or a partner in a partnership has not substantially changed from the SBA’s 24 April 2020 guidance, “How To Calculate the Maximum Loan Amounts – By Business Type,” except to take into account the changes in the EAA and to eliminate provisions relating to the refinancing of economic injury disaster loans. Similar to the April guidance, the New IFRs require providing a copy of the tax return for the applicable year on which the payroll costs are determined (Form 1040 Schedule C for self-employed individuals and independent contractors, Form 1040 Schedule F for farmers, or the Form 1065 plus Schedules K-1 for a partnership).

The Consolidated IFR continues to prevent a self-employed partner in a partnership from submitting a separate PPP loan application as a self-employed individual. As such, a “general active partner” that was not eligible for a PPP loan should correspondingly not be eligible for a Second Draw PPP loan. Instead, the self-employment income of such partners may be included as a payroll cost of the partnership. The New IFRs continue to apply an adjustment to the self-employment income of partners, as reported on Schedules K-1, explained in a footnote in the Second Draw PPP IFR to remove the “employer” share of self-employment tax consistent with the determination of payroll costs of W-2 employees of the partnership.

Use of Proceeds; Covered Period; Forgiveness

Under the Consolidated IFR, borrowers can elect a forgiveness covered period of any duration from eight to 24 weeks, and the 31 December 2020 expiration date for existing PPP covered periods has been removed.

The SBA did not update its existing Frequently Asked Questions (FAQs) to conform to the EAA, but notes that it intends to do so “as quickly as feasible.” Until then, the Consolidated IFR says that it is to be interpreted consistent with the FAQs, except that the EAA “overrides any conflicting guidance in the FAQs.”

A welcome change for PPP borrowers in the EAA was the explicit congressional recognition of the deductibility of expenses paid with a PPP loan. The IRS had previously outlined its positions on pre-EAA deductibility of such expenses in Notice 2020-32 and Rev. Rul. 2020-27. On 6 January 2021, in response to the changes affirmed in the EAA, the IRS published Rev. Rul. 2021-2 formally obsoleting its prior guidance.

1 Gross receipts, for this purpose, includes all revenue in whatever form received or accrued (in accordance with the entity’s accounting method) from whatever source, including from the sales of products or services, interest, dividends, rents, royalties, fees, or commissions, reduced by returns and allowances. Generally, receipts are considered “total income” (or in the case of a sole proprietorship, independent contractor, or self-employed individual “gross income”) plus “cost of goods sold,” and excludes net capital gains or losses as these terms are defined and reported on Internal Revenue Service (IRS) tax return forms.

Gross receipts do not include the following: taxes collected for and remitted to a taxing authority if included in gross or total income (such as sales or other taxes collected from customers and excluding taxes levied on the concern or its employees); proceeds from transactions between a concern and its domestic or foreign affiliates; and amounts collected for another by a travel agent, real estate agent, advertising agent, conference management service provider, freight forwarder, or customs broker.

All other items, such as subcontractor costs, reimbursements for purchases a contractor makes at a customer’s request, investment income, and employee-based costs such as payroll taxes, may not be excluded from gross receipts.

For non-profits, gross receipts has the meaning in Section 6033 of the Internal Revenue Code of 1986, as amended, which is generally “the gross amount received by the organization during its annual accounting period from all sources without reduction for any costs or expenses including, for example, cost of goods or assets sold, cost of operations, or expenses of earning, raising, or collecting such amounts.”