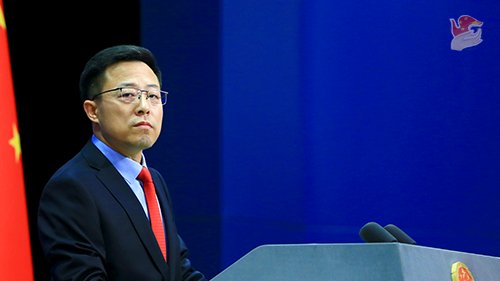 Earlier this week, Probuild announced that state-owned China State Construction Engineering Corporation had withdrawn its offer after being told the Treasurer Josh Frydenberg would block the sale on national security grounds.

“This is the latest example of how the Australian government has been politicising trade and investment issues, violating market principles and the spirit of the China-Australia free trade agreement, and imposing discriminatory measures on Chinese companies,” he said at a press briefing in Beijing.

“It is a mistake to politicise normal commercial cooperation and seek political interference in the name of national security.

“We hope Australia will adhere to the principle of open market and fair competition and provide a fair, open and non-discriminatory business environment for foreign companies including Chinese ones.”

Probuild is an Australian subsidiary of the South African company Wilson Bayly Holmes-Ovcon.

The Federal Government has not confirmed it had blocked the sale, saying it does not comment on the way it screens individual foreign investment cases.

But one industry source told the ABC the Government was concerned the takeover might allow foreign intelligence services to gather information about critical infrastructure in Australia.

Probuild is constructing the Melbourne headquarters of biotech firm CSL, which will soon manufacture locally produced COVID-19 vaccines for millions of Australians, as well as new headquarters for the Victorian Police.

The China State Construction Engineering Corporation is one of the world’s largest construction companies.

Australia’s place in the global order is shifting 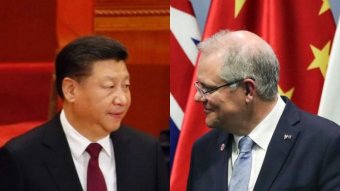 Scott Morrison has sent a message to China that Australia will not be America’s “deputy sheriff” and Canberra won’t be making decisions based on a choice between Washington and Beijing, writes Stan Grant.

Last year, the United State Government listed it as a Chinese military company because of its links with the People’s Liberation Army, blocking investors from taking a stake in it.

The Australian Government introduced tough new foreign investment rules that came into force on January 1 this year, with regulators given greater powers to review and scrutinise investments that could have national security implications.

The decision is likely to further inflame tensions between Australia and China.

The bilateral relationship sunk to historic lows in 2020, with Beijing hitting multiple Australian products with trade sanctions, while Chinese investment in Australia has plummeted.

How the Coronavirus Pandemic Will Permanently Expand Government Powers

Greek Defense Minister: The Strengthening Of The Armed Forces Is A Strategic Choice