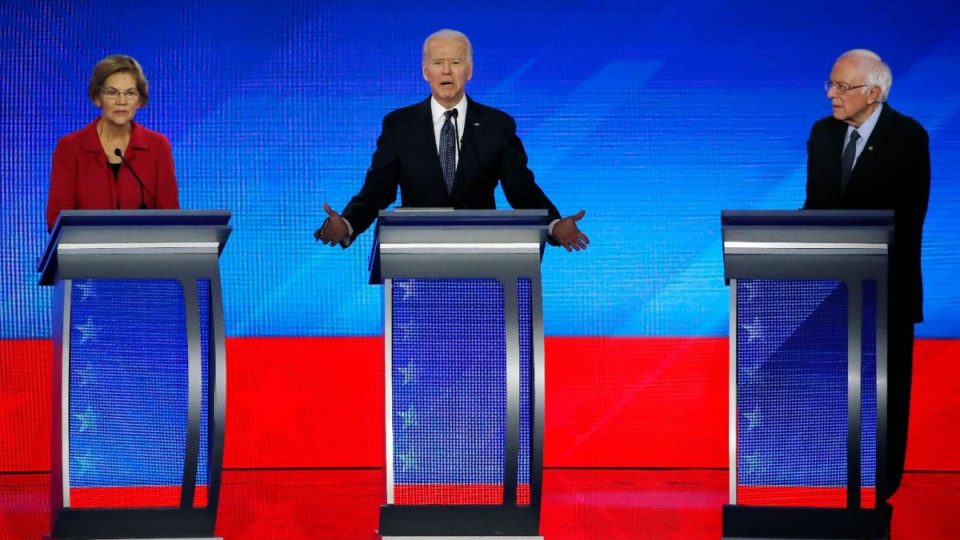 WILMINGTON, Del. (AP) — Bernie Sanders and Elizabeth Warren, leaders of the Democratic Party’s left wing, are at risk of being excluded from the senior ranks of President-elect Joe Biden’s administration as the incoming president balances the demands of his party’s progressive base against the political realities of a narrowly divided Senate.

The liberal New England senators remain interested in serving in Biden’s Cabinet, but even some of their allies recognize they face major political hurdles getting there. Sensing disappointment, progressive leaders have reluctantly begun to express support for less-controversial alternatives.

Warren, whose political career has been defined by efforts to diminish the power of big banks, is the progressive movement’s top choice for Treasury secretary. Sanders, a self-described democratic socialist, reiterated his desire to serve as Biden’s Labor secretary on Thursday, describing himself as particularly well-suited “to focus on the many crises facing working families in this country.”

Whether he is included in Biden’s cabinet or not, Sanders warned Biden not to freeze out progressives as he shapes his government.

“It seems to me pretty clear that progressive views need to be expressed within a Biden administration,” Sanders told The Associated Press. “It would be, for example, enormously insulting if Biden put together a ‘team of rivals’ — and there’s some discussion that that’s what he intends to do — which might include Republicans and conservative Democrats — but which ignored the progressive community. I think that would be very, very unfortunate.”

The scrutiny on Biden’s staffing decisions reflects the tremendous pressure the president-elect faces as he cobbles together a senior team to execute his policy priorities drawing from his party’s disparate factions. He will almost certainly face criticism no matter whom he picks for the most powerful positions, but he can perhaps least afford to lose the support of his vocal progressive base.

In a nod to the left wing, Biden’s transition team has hired Analilia Mejia, a Sanders adviser who served as his presidential campaign’s political director, to work on progressive outreach. It’s unlikely, however, that mid-level hires during the transition will be enough to satisfy progressives.

Biden told reporters Thursday that he had finalized his choice for Treasury secretary and said the pick would be “someone who will be accepted by all elements of the Democratic party, moderates and progressives.” He sidestepped a specific question about Sanders joining his Cabinet as he walked off stage.

Likely facing a divided Congress that could push back against the vast majority of his agenda, Biden is eyeing a series of executive actions to be implemented by his Cabinet that would force significant changes in health care, banking, environmental regulation, immigration and foreign policy, among other major issues.

And while progressives have not given up hope that one or both might still be nominated, they acknowledged the possibility — even the likelihood — that the high-profile liberal senators would remain in the Senate.

“It’s safe to say that Elizabeth Warren has definitely earned the trust and the ear of Joe Biden, and will surely have an influential role in agenda setting going forward whether it’s being a very powerful senator or a more formal role in his administration,” said Adam Green, co-founder of the Progressive Change Campaign Committee, among Warren’s most vocal supporters in Washington. “No matter what, she’ll be powerful when it comes to agenda setting for the Democratic Party.”

Waleed Shahid, a spokesman for the Sanders-aligned Justice Democrats, said his group and others recognize that “not every single member of the administration is going to be progressive — that’s not who Joe Biden is.” He said progressives simply want ”adequate representation” in the Cabinet.

“We are advocating for them to be included, but we also have backup choices,” he said of Warren and Sanders.

Indeed, liberal groups have tried to rally behind lesser-known progressive leaders such as Michigan Rep. Andy Levin for Labor secretary and former Federal Reserve Chair Janet Yellen to lead the Department of Treasury.

Like their party’s establishment leaders, progressives understand the political challenge Democrats would face should either Sanders or Warren leave the Senate. In both cases, Republican governors would have the ability to nominate their replacements, at least in the short-term.

Sanders noted that Vermont Gov. Phil Scott has promised to fill a prospective vacancy with an independent who caucuses with Democrats, just as Sanders does.

“Gov. Scott is a moderate Republican. He is not a right-wing Republican,” Sanders said. “He understands that this is a progressive state and the wise and appropriate thing to do would be, as an interim appointment before the special election took place — would be to appoint somebody whose views were consistent with mine.”

In a best-case scenario for Democrats, the Senate would be divided 50-50 in January when the new Congress is sworn in, with Vice President-elect Kamala Harris in position to break the tie. But that’s only if Democrats win both of Georgia’s special elections on Jan. 5.

Senate Majority Leader Mitch McConnell holds great sway over Biden’s Cabinet nominees regardless of which party ends up in control.

The Senate’s top Republican has yet to tip his hand about how he’ll navigate the confirmation process, preferring to wait for Trump to accept the election results and Georgia’s Senate elections to play out. But Senate Democrats expect McConnell to impose a full-scale blockade on Cabinet picks he doesn’t like.

Biden will be the first Democrat president in modern times trying to set up a first-term administration without his party controlling the Senate, a rare dynamic that will play out before a bitterly divided nation and a hyper-partisan Senate.

The more controversial potential nominees, Warren and Sanders among them, would likely struggle to win confirmation. Some are already running into partisan opposition.

Previewing the intense battles ahead, Texas GOP Sen. Ted Cruz has been producing a series of campaign-style videos opposing both Warren and Sanders.

Yet there is also evidence of resistance from Biden’s own coalition, which includes moderate Democrats, independents and even some Republicans.

“Choosing Elizabeth Warren or Bernie Sanders, who represent the far left — and in Bernie’s case an openly socialist view of the world — is not the leadership that the American people just voted for,” said Jennifer Horn, a co-founder of the anti-Trump Lincoln Project that spent millions to support Biden’s presidential bid. “I think Joe Biden understands that.”

McConnell, Weighing Impeachment Vote, Says Mob That Assaulted the Capitol Was ‘Provoked by the President.’