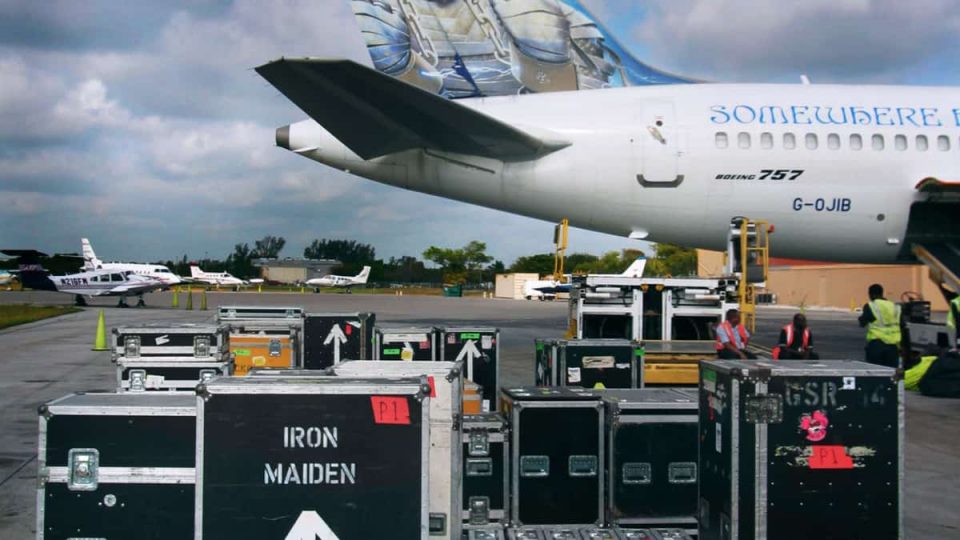 Rock-It works with major players in the music, live entertainment and sports, and corporate world, including Taylor Swift, Paul McCartney, Bruce Springsteen, Madonna, Cirque Du Soleil, the U.S. National Football League and Major League Baseball, Sotheby’s, Christie’s, APR Energy and Apple. The company also is a major supplier to the gas and oil sectors, providing logistics services in the movement of large equipment to remote locations. Paul Martins, president of Rock-It, described the size of the overall market for this type of specialized logistics service as in the “multi-billions of dollars per year.”

Triple M focuses on live entertainment, stage, performing arts and corporate logistics. For air cargo from Antwerp, Triple M has access to Brussels and Liege airports in Belgium, and Schiphol and Maastricht in the Netherlands, as well as Luxembourg airport, offering shippers a selection of carriers and routes into and out of northern Europe and the rest of the continent.

Triple M also is close to the seaport and connected to an inland jetty, allowing containers to be trucked or barged to its cross-load site with the capacity to handle up to 15 containers or trucks simultaneously.

Rock-It also is the only freight forwarder with authority to generate ATA carnets directly in-house. An ATA carnet is an international customs document that functions like a passport for cargo, allowing shipments to be temporarily admitted into foreign (partner) countries without individual temporary import bonds or payment of import duties. The carnet system requires a single bond to be secured within the country of origin, providing a shipment with a streamlined entry and clearance process. A carnet is used to clear customs in 87 countries and territories on merchandise that will be re-exported within 12 months.

Martins told FreightWaves that the company plans to continually expand through organic growth as well as via mergers and acquisitions. The company differs from most freight forwarders and logistics providers in providing bespoke rather than commoditized solutions. Martins refers to Rock-It’s business as “Amazon-proof.”

Martins said that Rock-It, an asset-light business, leases on average 300 widebody aircraft per year from lessors that include Atlas Air and Cargolux. He said that Rock-It tends to concentrate its spend, using a handful of carriers that have proven to be reliable and are familiar with the company’s needs. Martin added, “We have never missed a show.”

He added that Rock-It moved over 10 million kilograms of equipment to support entertainment touring in 2018. Crucial to proving reliable service, according to Martins, is having a series of backup plans to counter any disruption to the logistics chain. He described a sea change in the music touring business as now being as much of a “theatrical experience,” as a concert.