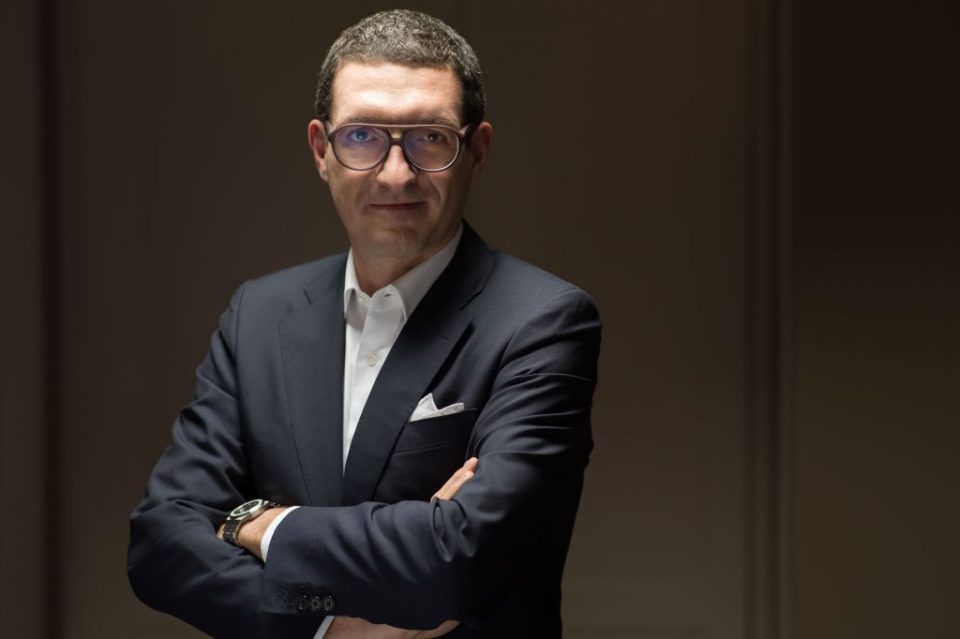 WWD has learned that Mauro Grimaldi, most recently chief executive officer of Printemps International, has been named strategic adviser to Philippe Fortunato, CEO of Fashion & Accessories Maisons at Richemont.

It is understood that Grimaldi will focus primarily on the operational management of AZ Factory to accompany its future development.

Grimaldi’s appointment comes a few days after Laurent Malecaze, the inaugural CEO at AZ Factory, a joint venture between Richemeont and the designer Alber Elbaz, was named the new CEO at Richemont’s Dunhill.

A start-/up, AZ Factory unveiled its first fashions, centered around smart fabrics, one year ago, alongside a new business model hinged on projects rather than collections, and with storytelling, problem-solving and entertainment embedded in design, distribution and communications.

That “Love Brings Love” runway experience is being transformed into an exhibition running from March 5 to July 10 at the Palais Galliera fashion museum in Paris, but the brand has yet to articulate its go-forward strategy without its charismatic founder.

AZ Factory has remained active, dressing celebrities including Lily Collins, Simone Ashley and Alicia Keys in recent weeks. It has also been promoting its Pointy Sneaks — sneakers with sharp, pump-like toes — and squishy Hugging bags on its Instagram feed.

Prior to joining Printemps, Grimaldi was CEO of Pucci, owned by luxury group LVMH Moët Hennessy Louis Vuitton, from September 2015 to January 2019. Before that, he was vice president of Elie Saab in charge of sales, marketing, licenses and communication, and West/Central Europe director at Salvatore Ferragamo.

All the Looks from AZ Factory Tribute Show to Alber Elbaz