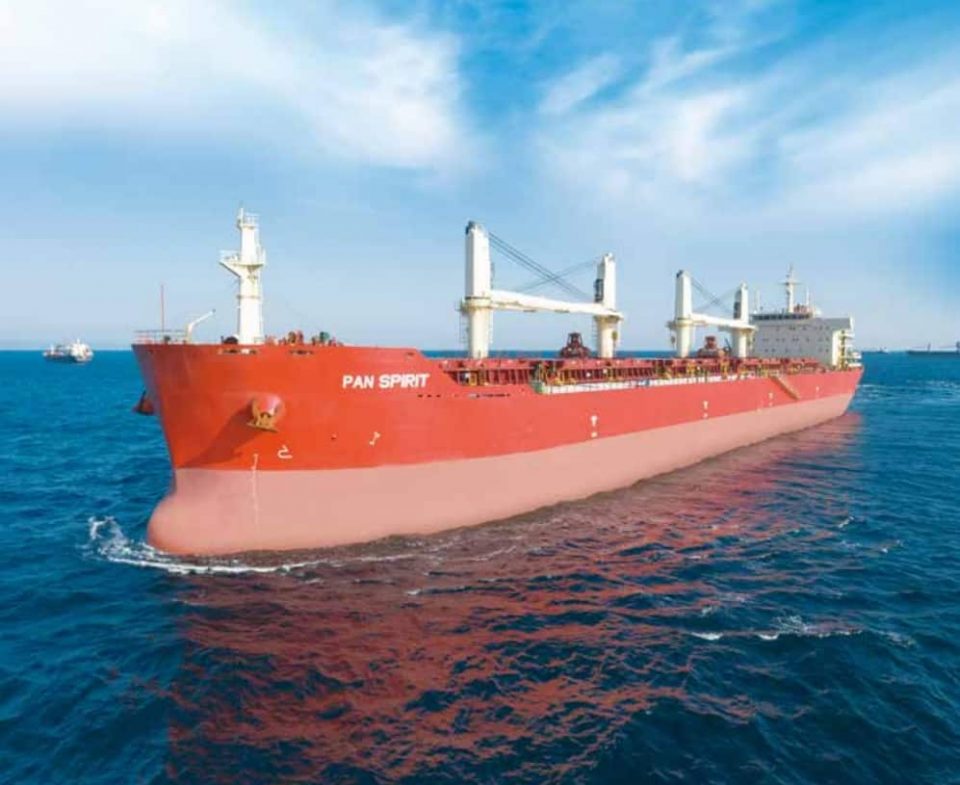 “Sales decreased by 12% compared with the third quarter of 2018 due to a decrease of nearly 5.5% in the volume of shipments and a decrease of sales of grain business,” the company said in a presentation.

The company is listed on both the Singapore Exchange (SGX: AZY) and the Korea Stock Exchange (KSE: 028670) and it reports in U.S. dollars.

As Pan Ocean is primarily a dry bulk carrier, it was greatly affected by developments in the dry bulk markets.

The company noted that the average Dry Bulk Index for the first half of 2019 was 895 points, which is down about 26% from the average seen for the same time frame in 2018. That decline was attributed to the impact of accidents in major iron ore producers and a decrease in the grain trade due to the trade war between the U.S. and China.

That market situation effectively reversed in the third quarter of this year as the iron ore supply recovered and grain exports from South America increased over the period.

Meanwhile, on the supply side, the company noted, deliveries of dry bulk vessels were 29.3 million deadweight, which was an increase of about 29% from 22.8 million deadweight a year earlier. Deadweight refers to the carrying capacity of an ocean going ship and it is expressed in metric tonnes. Meanwhile, the demolition sector removed about 5.4 million deadweight of supply from the dry bulk market.

Looking forward, Pan Ocean expects the rate of scrapping to slow because of the recovery of the dry bulk market and estimates that fleet supply growth for the year will be in the region of about 4%.

Pan Ocean expects that the 2019 average for the BDI will “exceed last year’s level” due to demand growth for coal in “major emerging economies” alongside stronger grain exports in the northern hemisphere. The company also pointed to the likely effect of environmental regulations issued by the International Maritime Organization (i.e. the IMO 2020 low-sulfur rules), which will reduce fleet operational efficiency as ships are taken out of service for “installation of ship facilities,” i.e. installation of sulfur-scrubbers.

Seoul, South Korea-headquartered Pan Ocean Bulk Carriers was founded in May 1966. Today, it is primarily an ocean carrier of major dry bulk cargo such as iron ore, coal and grain steel alongside minor bulks such as sugar, cement and logs. It also hauls palm and vegetable oils.

The company operates a fleet of 80 owned-ships. This fleet comprises nine handysize, 12 handymax, 12 panamax and 27 capesize dry bulkers alongside 12 tankers, two container ships and two heavy lift ships, the company said in a statement to the Singapore Stock Exchange. The company also charters-in about 130 vessels “at any given time.”

The company has eight ships on continuing voyage charters to Brazilian iron ore miner, Vale, and there are just over 17 years left on those contracts. A further eight vessels are on continuing voyage charters for another 17 years to Suzano. It has seven ships on nine-year charters to a subsidiary of KEPCO; four ships on hire to POSCO for a little under 10 years and three vessels out to Hyundai Steel for just under 11 years.

Pan Ocean has 17 vessels under construction. These include two 62,000 DWT open hatch bulkers; six very large ore carriers of about 325,000 DWT; a couple of loggers of 37,500 DWT; three bulkers of 63,500 DWT and a couple of 208,000 DWT Newcastlemaxes (sized so as to fit the Hunter River upon which the world’s largest coal export port, Newcastle, is located).

The company also has two box ships on order with a capacity of 1,800 twenty-foot equivalent unit ocean shipping containers and they are due for delivery in November this year and January next year.

As at the year ended December 2018, Pan Ocean employed 369 people on land and 1,743 staff at sea (2,112 in total). The company generated revenues of just under $2.43 billion of which 40% was generated by its bulk business, 21% from its tramp business, 8% from break bulk, 9% from container, 5% from tankers and 5% from other shipping types. It also generated 12% of its revenues from agricultural trading.

Mitsubishi Electric to lay off employees, sell factory in Memphis

ExxonMobil and Tata NYK Shipping have completed a delivery of bio-based marine fuel oil in the port of Singapore: The 0.50% sulphur fuel contains up to 25% fatty acid methyl esters