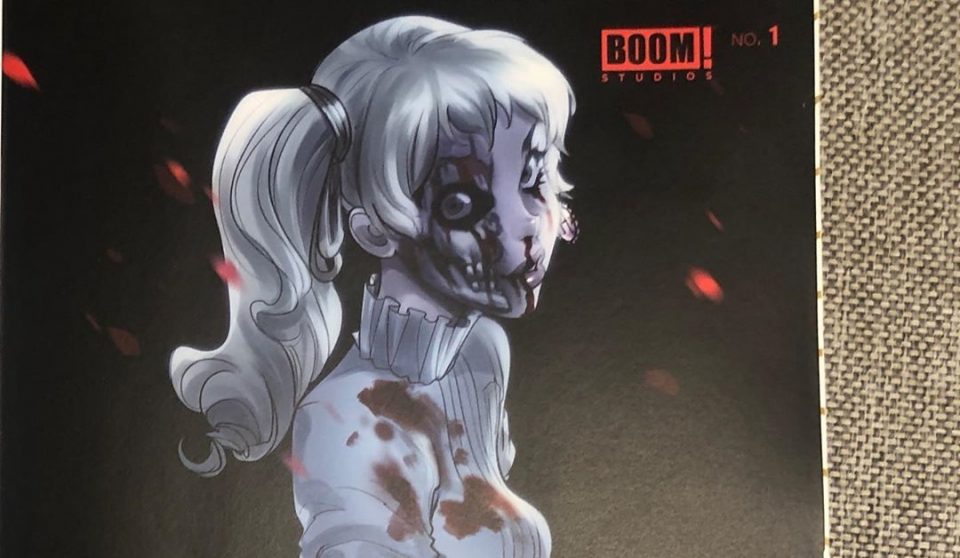 Recall when we alerted you to the fact that retailers were selling the one-per-store variant cover for Folklords #1 – Boom Studios’ latest original hit series that’s already gone to third printing ahead of its on-sale date last week – for $200? Well, the madness continues this week with Heartbeat #1, the sexy supernatural series by Faithless artist Maria Llovet.

Word got around the internet this past week that Boom added a secret one-per-store variant as retailers started looking at their invoices for next week’s releases. And sensing speculator interest on the series, which once more we warned you about at an earlier juncture, retailers have made it available online…at a premium.

Midtown Comics – the largest comic shop in North America – has it up for mind-boggling $85. But then again, that’s a bit of a bargain compared to their $200 Folklords #1 one-per-store.

But in this case, they’re not leading the pack with most other listings – from other comic shop retailers, mind you – on eBay sitting between $90 and $100 . Someone might want to snag this “value” listing at $65.99 before the price goes up.

The baffling piece of the story is that because this one-per-store “thank you” variant was not solicited, so no one has seen the cover art yet or even who the cover artist is. Truly, the mind boggles.

Lucky for you, I’m donning my deerstalker hat for your benefit. The last time Boom sent out a one-per-store variant it was for Folklords #1 and that cover was a sketch version of the FOC variant by Dan Mora. For Heartbeat #1, Boom offered this FOC variant by Mirka Andolfo:

Andolfo rose to prominence thanks to her work on Unnatural , has Un/Sacred out now from Ablaze and has her next Image series, Mercy, launching in March. Collectors have latched onto Andolfo’s cover work and made her a hot commodity in speculation circles. So, one might deduce that Boom will repeat this playbook with some sort of sketch variant, or perhaps some other variation, of the Andolfo cover for this one-per-store. Elementary, my dear Billy Batson.

Of course, all this detective work is for nothing if the publisher of Boom, Ross Richie, just goes and posts it on Instagram.

Heartbeat #1 goes on sale this Wednesday, November 20th, so you may want to get to your local comic shop early to snag your copy before it goes on eBay like so many recent Boom first issues. And if you happen across an extra one-per-store at cover price, pay for it while whistling a nonchalant tune so that no one expects.