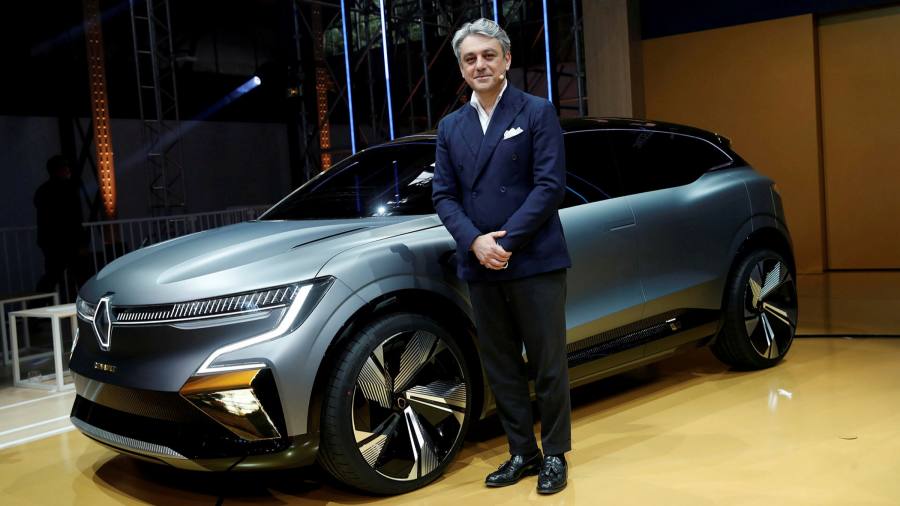 Renault will slash factory capacity by a quarter, deepen cost cuts and overhaul its brands in a turnround plan aimed at reviving the ailing French carmaker.

In a move designed to draw a line under the expansionist era of former boss Carlos Ghosn, the French carmaker will scrap revenue and market share targets and focus only on operating margins, cash flow and return on investments.

New chief executive Luca de Meo on Thursday announced a strategy to increase cost savings by 50 per cent from €2bn to €3bn by 2025, while lifting profitability targets.

Under the plan, Renault will cut factory capacity from 4m cars to 3.1m cars by 2025.

Mr de Meo is trying to convince shareholders that he can turn round the carmaker after years of slow sales, and a difficult relationship with alliance partner Nissan.

After making its first loss in a decade in 2018, Renault was hit by the Covid-19 pandemic, forcing it to take a €5bn state-backed loan and set out a €2bn cost-cutting plan, including 15,000 job cuts, with almost a third in France.

Mr de Meo, who joined from Volkswagen last summer, called the plan “a profound transformation of our business model”.

The company also wants a fifth of its revenue to come from services and data by 2030.

The strategy to shift away from “volume to value” is a clear departure from Mr Ghosn, who had targeted selling more than 5m vehicles by 2022 and wanted the alliance with Nissan and Mitsubishi to become the largest carmaker in the world.

Renault will cut the number of “platforms” — the base that a car is built on — from six to three, and the number of engine variants from eight down to four, in order to cut costs.

The group will also overhaul its four brands — which include Dacia-Lada and Alpine — to prevent vehicles overlapping with each other. Alpine, which so far only makes the A110 sports car, will become a fully electric brand and will develop a battery sports car with Britain’s Lotus.

Despite carmakers facing pressure to create electric cars, Renault will cut its investment budget from 10 per cent of sales to below 8 per cent by 2023.