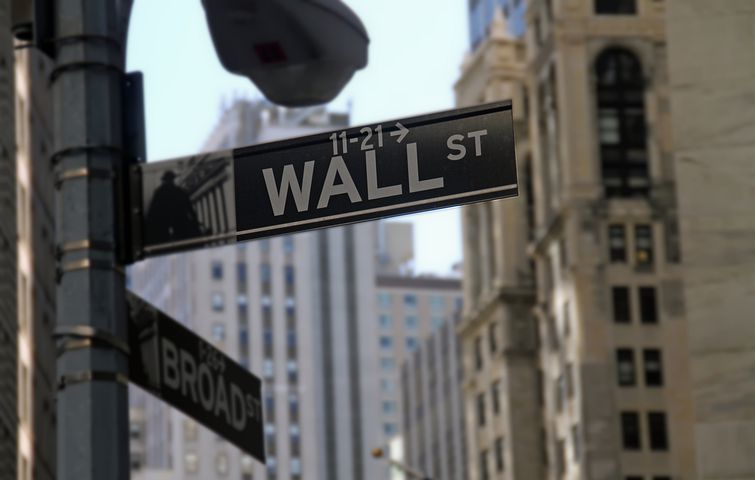 Going public through a SPAC in 2020 is the exit/funding method of choice for venture-funded startups, cleantech and otherwise. Reuters defines a SPAC as “a shell company that raises money through an IPO to buy a private operating company.”

As of October 30, 169 SPAC IPOs have raised a total of $59.5 billion, compared to $13.5 billion raised by 59 SPAC IPOs in all of 2019, according to Peter Hébert, managing partner at Lux Capital. He writes, in pv magazine, that the special purpose acquisition company craze that has overtaken Wall Street is a “financial innovation” and a “funding mechanism for ambitious companies who are in the midst of a growth phase-change.”

QuantumScape, a next-generation solid-state lithium-metal battery developer focused on electric vehicles powertrains, completed its business combination with Kensington Capital Acquisition Corp, a special purpose acquisition company, and is now trading on the NYSE under the ticker symbol “QS.” Kensington has a backround in the automotive sector with more than 70 automotive transactions.

Jagdeep Singh, founder and CEO of QuantumScape (he also founded Lightera and Infinera) said, “This transaction allows QuantumScape to fund development and commercialization of our OEM-validated battery technology as we look forward to playing our part in the electrification of the automotive powertrain.”

The deal will produce net proceeds of approximately $680 million to QuantumScape, including through a $500 million fully committed PIPE. According to the CEO, funds from the listing are expected to support the company through the start of production in the second half of 2024.

According to VW, “This battery technology has advantages over the present lithium-ion technology: higher energy density, enhanced safety, better fast charging capability and — above all — they take up significantly less space.” The CEO claims its lithium-metal battery has an energy density exceeding 400 watt-hours per kilogram.

“Solid-state’ is synonymous with ‘lithium metal anode,’” according to battery expert David Snydacker, who notes that “many generations of battery scientists have tried and failed to create a commercial viable lithium metal battery that is rechargeable.”

Other companies working on solid-state batteries include Ionic Materials and Solid Energy (GM is an investor).

Volkswagen has been working with QuantumScape since 2012 and been in a joint venture to enable industrial-level production of solid-state batteries since 2018. It’s a testament to the difficulty of developing a new battery technology that it has taken more than a decade to bring this product to the edge of industrial production. Despite the years and billions invested, QuantumScape is still a pre-revenue, development-stage company.

According to an SEC filing, T.J. Rodgers of Cypress Semiconductor, SunPower and Enphase fame, just raised $200 million  for the Rodgers Silicon Valley Acquisition Corp,  a SPAC. The plan is to target companies that compete in:

That’s a broad swath of technology from which to choose.

View aims to go public through a $1.6 billion merger with a blank-check company sponsored by Cantor Fitzgerald & Co and expects up to $800 million in proceeds from the deal.

View’s “dynamic” glass windows can change their tint to let in the right amount of natural light without obstructing views. This small change can result in healthier and happier occupants while saving a significant amount of energy. View’s foremost value proposition is boosting employee health and productivity, followed by increasing property value, and lastly, saving energy by reducing lighting and HVAC electricity use by up to 20%.

View’s electrochromic technology originated out of Lawrence Berkeley National Lab; it sandwiches a deposited layer of tungsten oxide between two panes of glass. View’s major competitor, SageGlass, was acquired by Saint-Gobain in 2012.

Electric Last Mile Solutions, an EV startup, aims to merge with Forum Merger III Corp., a SPAC led by Marshall Kiev and David Boris, according to Bloomberg. The company looks to operate an electric urban-delivery vehicle plant in Indiana geared to build more than 100,000 EVs per year, according to the firm.

British electric van startup Arrival looks go public via a merger with CIIG Merger Corp, a SPAC, with a market valuation of about $5.4 billion, as reported by Automotive News Europe. Arrival is backed by Hyundai and BlackRock.

EV battery maker Romeo Systems will go public via a $1.33 billion SPAC deal, according to Reuters. The deal is expected to raise $384 million for Romeo, which includes $150 million from Republic Services and The Heritage Group. Romeo has won $123 million in venture capital, according to PitchBook.

John Tough of Energize Ventures sees Nuvve’s vehicle-to-grid (V2G) system with software that optimizes dormant storage assets as technology that is not a matter of if, but when. He notes, “Nuuve has a very long horizon before their product is ready for primetime, mass-market usage. And usually when a technology company is years away from commercial use, private market investors remain the sole financing entity. And yet, Nuuve is going public via SPAC with Newborn Acquisition Corp in a sub $150M enterprise value micro-SPAC. If the public market shows interest in this “micro-SPAC” then I suspect many more companies may emerge.”

How resiliency forms the strongest link in the digital supply chain

Startup Guide Nairobi book to be launched on 28th January