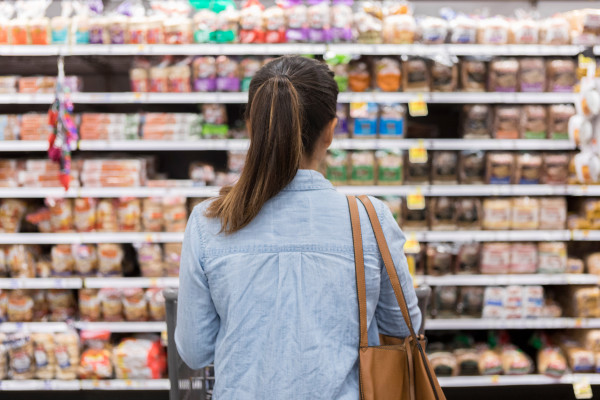 E-commerce accounts for around 11% of all retail sales in the US, but it’s growing much faster than brick-and-mortar sales, going up 14.8% this year versus a mere 1.9% for physical retail, according to eMarketer. So to better compete today and in the future, retailers are now investing in more advanced tools not just to figure out more about what’s selling best, when and where, but how to serve individuals better — in essence, to provide the same kind of help, recommendations, discounts and communication with shoppers that online portals like Amazon provides.

Punchh, a company that got its start in loyalty cards (hence the name) but has since expanded into a wider world of analytics and customer personalization to tap into that trend, is today announcing that it has raised $40 million to continue expanding its business. The funding is being led by Adams Street Partners and Sapphire Ventures (which also led its previous round of $30 million in April 2018), with AllianceBernstein also participating.

To date, Punchh has raised around $73 million, with its valuation over $300 million. (To be clear, CEO and founder Shyam Rao said the exact number wasn’t being disclosed, but he did say it was “well north” of multiples of its last valuation, which was around $100 million. PitchBook has filled in the blanks: a first close of this round this summer, for just over $35 million, came in at a pre-money valuation of $300 million, which would make this about $340 million.)

Punchh has built most of its business up to now in the restaurant industry. Its customers include companies like Yum Brands (the Pizza Hut, Taco Bell, KFC giant), Denny’s and other big and smaller operations, where it provides not just app-based loyalty card services, but ways to link up people’s payment cards with their purchasing history to better track what they are buying, and the ability to build subsequent discount and other promotional campaigns around that. Altogether, Rao tells me that it has data on some 125 million customers globally, covering some 80,000 locations.

“We get access to 100% of all transactions at those locations, working out to 3 billion transactions per month,” Rao said. That data in turn trains Punchh’s AI models to feed the bigger recommendation and analytics engine.

For the last year, Punchh been slowly expanding into other retail areas such as convenience stores and more: its most recent customer win, a deal with Casey’s General Stores, Inc. with 2,100 stores in 16 states in Midwest, is a sign that the strategy is working.

The opportunity that Punchh is targeting is somewhat ironic: the level of personalization that it’s building into the brick-and-mortar customer experience used to be a cornerstone of what it meant to be a “regular customer” at a local or favorite store, bar or restaurant.

These days — in part because of the decline of the small business, in part because our spending habits have changed, in part because everything has been digitised and retailers are looking for ways to actually downsize human-based customer relations — you don’t typically get that kind of experience anymore.

On the online front, online stores like Amazon have leveraged the model of personalization and seized the opportunity to use data to offer it in their own style: by recommending products to you when you come to their virtual storefronts, based on what you’ve bought or browsed for already online. So while old days of brick-and-mortar personalization have disappeared, they’ve been quickly replaced online, but not so in the physical world.

That’s now slowly changing in part because of innovations from companies like Punchh, which also takes into account cash purchases, since its technology is integrated at the point of sale.

“When you buy something in cash, we may not know who you are but we do know that you come in at, say, 8am and what you bought,” he said. “We can still use that to predict lifetime value and to generate a coupon.”

Ironically, while the was a model that was pioneered in brick and mortar, it was honed online, and is now again being improved and advanced, Punchh supporters say, back in the physical — not online — world, which is, after all, still accounting for more sales overall.

“Punchh is the undisputed leader in this category. They work with the biggest brands, have the most sophisticated technology, and drive real results for their customers,” said Robin Murray, Partner at Adams Street Partners, in a statement. “While everyone else got distracted by maximizing ecommerce, Punchh took the best technologies and practices from that space and applied them to physical retail. Now the world is coming back around – just look at Amazon’s purchase of Whole Foods – and Punchh is already 10 steps ahead of the game.”