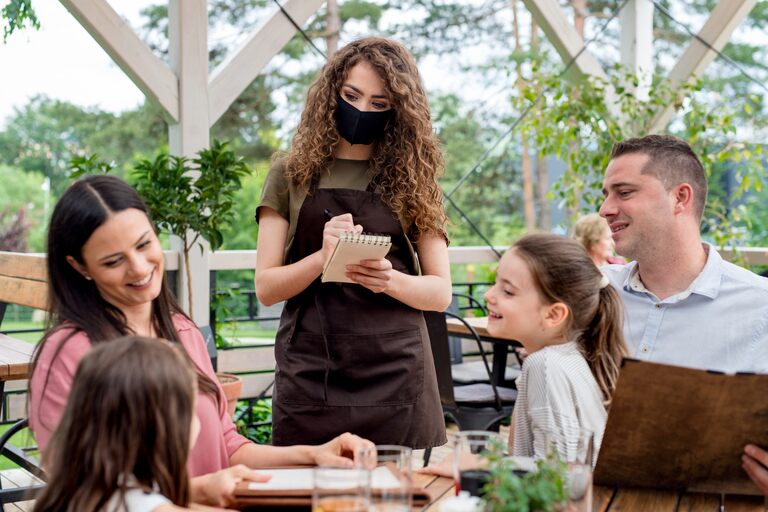 After US markets once again saw more record highs for the NASDAQ and S&P500, Asia markets have reacted slightly more cautiously, albeit the Nikkei still did manage to post a marginal new 29 year high.

This caution may have something to do with the news that a new Biden administration would be unlikely to change anything with respect to the recent phase one trade deal agreed between the US and China almost a year ago. This isn’t altogether surprising. Whatever differences there are between Democrats and Republicans on domestic policy, when it comes to China there are many points of agreement, with the only clear water likely to be over approach, rather than substance.

Markets in Europe have opened lower, despite some very positive news on the vaccine front after it was announced that the UK has become the first country to approve the Pfizer/BioNTech vaccine for widespread use, starting next week, though the FTSE100 is performing slightly better than its European peers.

The speedy approval stands in contrast to the US and the EU, who have yet to make a decision on when to approve the roll-out of the new treatment, though this should still come by the end of the month.

The lack of market reaction suggests that this decision was probably widely expected at some point, and perhaps the real challenge now lies in the production, as well as the speed of any rollout of the two jab treatment.

Ultimately even if a vaccination program was to start this month, the fact that two jabs are required means that it’s likely to be several months before we start to see a possible economic benefit in terms of an easing of restrictions, given that medical staff, along with more vulnerable people are likely to be the first to benefit, with the general population at the back of the queue.

It is still good news though and given the pressure the likes of the hospitality sector is under, with respect to the new tier system currently starting in England we’ve seen some decent gains in early trade for the likes of pubs, hotels and restaurants in response to this morning’s vaccine news, with some early gains for the likes of Cineworld, Mitchell and Butlers, who own the All Bar One chain of bars and Restaurant Group, who own Wagamamas.

In company news Tesco has announced that will repay the £585m in business rates relief it received as part of the government response to the coronavirus pandemic. The company said that the various measures it had taken to combat Covid-19 had cost it £725m, well in excess of the rates relief received. It’s not hard to understand why Tesco management decided to take this decision given the criticism they received for paying a big dividend earlier this year.

Government money always tends to come with strings attached, and in light of some of the justifiable criticism levelled at Sainsbury last month over its decision to pay a special dividend, while cutting a number of positions, this decision means that any further payments to Tesco shareholders are likely to be much more difficult to criticise.

Garda World Security, which in September made an all cash offer of 190p per share, or £3bn, for G4S, has returned today with a new final offer of 235p a share. G4S has been a business that has seen its fair share of problems over the past three years, its share price down sharply from the record highs seen back in July 2017. Earlier this year the company reported a £91m loss after writing down the value of its cash handling business, and has also been involved in a number of incidents that have damaged its credibility. G4S management have been pushing back for some time against Garda World, however with Allied Universal Security also lurking in the background, G4S shareholders are likely to find this new offer compelling, especially since the shares are up over 50% since the initial September bid.

Budget airline Wizz Air published its latest traffic and load stats for November, which are once again a sobering reminder of the challenges facing the sector. Seat numbers were down 79.1% from a year ago, while passenger numbers fell 84.7% to less than half a million. The vaccine rollout news doesn’t; appear to be have been as impactful for airlines this morning, perhaps down to the fact that a lot of the good news is already in the price.

The slightly softer tone for equity markets this morning is seeing a slightly better bid tone for the US dollar, which has dropped to new two year lows in recent days.

The euro is now above the 1.2000 level, which is likely to be a bit of a headache for the ECB when it meets next week, particularly since the euro area has an inflation rate close to zero and the euro has appreciated almost 8% this year alone. This creates a significant deflationary drag on prices and is likely to increase the pressure on ECB President Christine Lagarde, as well as the governing council to try and do more to stem the euro’s rise.

The pound has slipped back a touch on the back of comments from EU chief negotiator Michel Barnier that significant differences still remain between the UK and EU on the same key points of fishing and the level playing field, as the same old Brexit trade bingo game heads into the weekend. The next few days are likely to be key and with the Michel Barnier expressing doubts about the prospect of a deal, talks appear to be heading into Fergie time. It still seems more likely than not that a deal will eventually materialise, however it’s also important not to underestimate the ability of politicians to put political ideology ahead of pragmatism, and the art of what is possible, and arrive at a no deal by mistake.

US markets look set to pull back from the new record highs that were posted in the S&P500 and NASDAQ, as markets look to a leading indicator to this Friday’s payrolls report for November. The latest ADP payrolls report is expected to add 430k jobs, a decent improvement from last month’s 365k, however it is still down from estimates a couple of weeks ago which were predicting 500k new jobs in November. This adjustment down to 430k along with recent jumps in weekly jobless claims appears to be pointing to a marked slowdown in the US economy. This appears to be starting to concentrate minds on Capitol Hill given last night’s reports that a bipartisan group of lawmakers is proposing a package of $908bn worth of coronavirus relief measures.

Salesforce confirmed that it had reached an agreement to buy Slack Technologies for $27.7bn in cash and stock, after reporting that projected revenue for Q4 would grow by 17%, with profits expected to come in at $0.73c a share, significantly below analyst projections of $0.86c a share. Their Q3 numbers beat expectations by quite some distance, however it would appear that the final quarter may well see a bit of a slowdown, perhaps due to a pull forward effect.

What does a procurement specialist do?

Procurement Perspectives: During this pandemic, there is no substitute for hard work