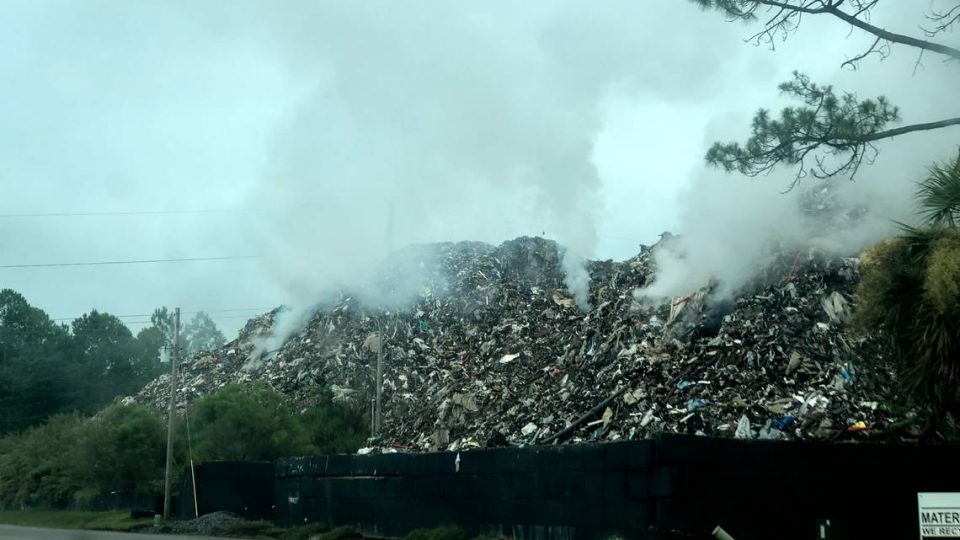 A little over a year after Jasper County residents were forced to flee their homes near a towering mound of trash and debris that spewed toxic fumes for months, the state health department is seeking repayment of cleanup costs from the trash pile’s owner.

In a civil lawsuit filed Thursday, the state of South Carolina and the S.C. Department of Health and Environmental Control accuse Chandler Lloyd, owner of Able Contracting Inc. and Earlbee LLC, of accumulating over four acres of miscellaneous debris in a mound over 50 feet tall. The compacted material in the pile caught fire several times last year and released “hazardous substances, pollutants, and contaminants” into the environment, the lawsuit alleges.

S.C. Attorney General Alan Wilson and Solicitor General Robert Cook are among the lawyers signed as counsel in the suit, which cites as authority the Solid Waste Policy and Management Act and the S.C. Hazardous Waste Management Act.

DHEC, which says it had removed 115,138 tons of material from the site by Jan. 6, is asking Lloyd and his companies to pay the state over $5 million in cleanup costs.

Lloyd did not immediately return a call Friday for comment on the lawsuit.

The lawsuit comes after S.C. Sen. Tom Davis and members of the Jasper County legislative delegation called on Wilson last October to pursue legal remedies to recover “all public funds expended” in fighting the fire and removing the material from Able Contracting.

Asked about the lawsuit on Friday, Davis said it “suggests there is … a credible case to be made for having the facility operator reimburse taxpayers for the cleanup costs.”

Davis commended DHEC “for having taken swift action to completely clean up and shut down this facility, and for now seeking to make the taxpayers whole.”

At the moment, state taxpayers are still on the hook for the months-long environmental cleanup of the site by DHEC and the U.S. Environmental Protection Agency.

The lawsuit alleges that DHEC spent $240,000 from its Solid Waste Emergency Fund and an additional $5 million to clean up the site.

The lawsuit is the state’s effort to recoup that money after DHEC and the EPA spent months at the mound along Schinger Avenue in the Okatie area.

It states that S.C. and DHEC may add other defendants to the suit and could take separate action to “address environmental issues” at the site, including assessing violations of the Solid Waste Policy and Management Act, the S.C. Hazardous Waste Management Act and the S.C. Pollution Control Act.

The Island Packet and Beaufort Gazette first began reporting on the fire at Able Contracting in July 2019. The towering mound of miscellaneous debris, sometimes referred to as “trash mountain,” was spewing smoke and fumes over neighboring homes and businesses. Residents and business owners in the rural industrial park along S.C. 170 were getting sick and felt largely forgotten.

By early August, the 31 residents of Schinger Avenue had to be evacuated. Soon after, the EPA assumed responsibility of the site and began cleanup efforts.

Over subsequent months, dump trucks and excavators hauled thousands of tons of debris away from the mound and carried it to nearby landfills.

In January, when DHEC announced that it had completed the cleanup of the site, officials said the state planned to seek reimbursement from “responsible parties” for the costs.

The fire at Able Contracting

At the end of Schinger Avenue off S.C. 170, just before the dusty road behind Riverwalk Business Park takes a sharp left, the mound of trash and debris at Lloyd’s Able Contracting towered over 11 homes. It had been on fire since June 2019.

The smoke was constant and unwavering. The smell, acrid and unmistakable.

For months, residents in the area retreated indoors, closed windows and sought answers about the smoke that gave them headaches and made them sick.

In 2017, the Packet and the Gazette exposed a loophole in an outdated state law that allowed Able Contracting to accumulate material that at the time amounted to a 90-foot pile of debris.

Lloyd stored used construction materials there before recycling them.

In 2015, the pile caught fire, and firefighters spent 31 hours and used more than a million gallons of water to extinguish the flames.

Though state lawmakers enacted stricter permitting requirements for such facilities in 2018, the following spring, Able Contracting once again was battling a debris fire and subsequent hot spots.

DHEC set up air-quality monitoring stations in the area, finding particulate levels at more than twice the amount considered “hazardous.”

Hazardous chemicals such as acrolein, benzene, toluene and arsenic were detected at the site.

By early August, residents along Schinger Avenue were evacuated to nearby hotels, and the EPA arrived to start extinguishing the fire and hauling away debris.

In September, DHEC ordered Able Contracting to close, and by October, residents were able to return to their homes.

On Jan. 6, DHEC announced it had removed the final load of waste from the mound and was prepared to vacate the site.

Thursday’s lawsuit is not the first time Lloyd and Able Contracting have faced legal problems related to the trash pile.

In 2018, Lloyd and co-defendant Hiram Lowther were charged with violating the Pollution Control Act and the S.C. Solid Waste Policy and Management Act between 2015 and 2016 under indictments handed down by a Jasper County grand jury.

Lloyd was released on a $20,000 personal recognizance bond in July 2019. There have been no public filings in the case since.

The indictments do not say whether the charges were related to the mound of construction and demolition debris at 472 Schinger Avenue.

Last August, neighbors and property owners Donald and Patricia Howze, on behalf of “all property owners similarly situated,” filed a lawsuit against Lloyd and other companies they believed had contributed to the pile of construction and demolition debris.

The suit seeks class-action status, citing reports of toxins in the air and water samples harmful to neighbors.

According to a May court filing, the claims against Lloyd, Able Contracting and the other companies are listed as dismissed. But the public index does not show the case has closed. 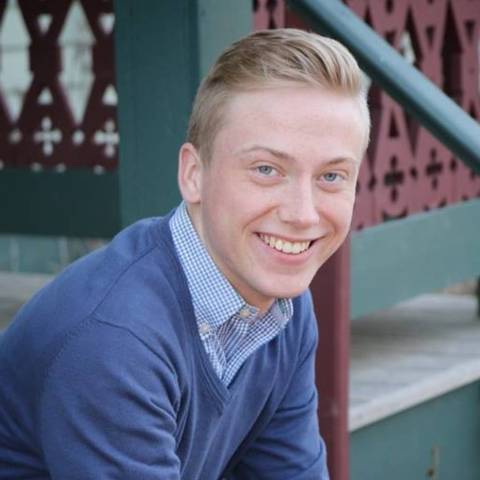 A reporter for The Island Packet covering local government and development, Kacen Bayless is a native of St. Louis, Missouri. In the past, he’s worked for St. Louis Magazine, the Columbia Missourian, KBIA and the Columbia Business Times. He graduated with a Bachelor of Journalism degree with an emphasis in Investigative Reporting from the University of Missouri in 2019.
Support my work with a digital subscription
previous post

Illegal dumping on the rise in Bernalillo County during pandemic