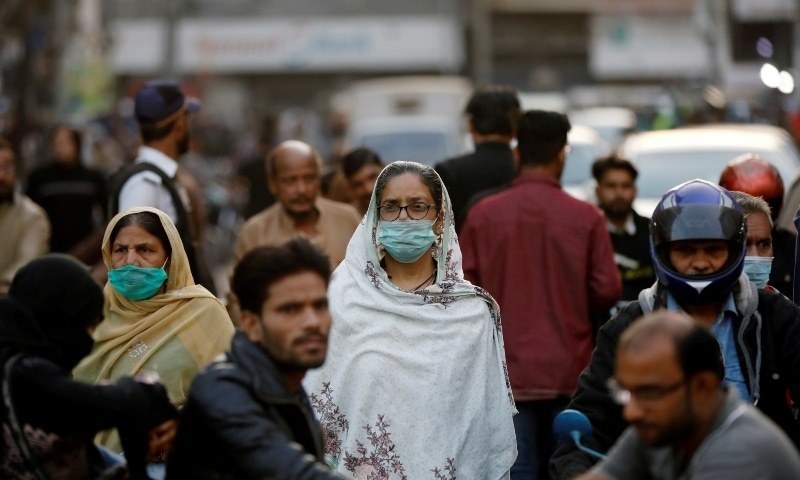 ISLAMABAD: The federal cabinet on Tuesday approved the procurement of the anti-Covid-19 vaccine by relaxing the Public Procurement Regulatory Authority (PPRA) rules.

There will be no need to fulfil the tender requirement to procure the vaccine, which will be procured from any of the six companies registered with the Ministry of National Health Services (NHS).

The cabinet also expressed its concern over the killing of 11 members of the Hazara community in Mach, Balochistan.

The meeting, presided over by Prime Minister Imran Khan, was also briefed on the current situation of coronavirus in the country and the scheduled reopening of educational institutions announ­ced by Education Minister Shafqat Mehmood on Monday.

A participant of the meeting, who did not want to be named, told Dawn that the cabinet gave the go-ahead for purchasing the vaccine from any of the six companies registered with the NHS ministry on a single-bid basis on humanitarian grounds. It was also decided to rectify some controversial conditions in the final minutes of the meeting.

Tender requirement will not be necessary

An official press release issued by the Prime Minister’s Office said: “The federal cabinet, in order to save human lives timely and on emergency basis, accorded approval for the purchase of Covid-19 vaccine by the Ministry of Health.”

When contacted, a federal minister said the cabinet allowed relaxation in PPRA rules to purchase the vaccine from a Chinese firm, because it was the only company that had completed all tests prior to marketing the vaccine. He said some cabinet members were worried by the “ambiguous” conditions presented by the PPRA to make purchase on a single-bid basis. “They were concerned with the use of the word ‘may’ instead of the word ‘shall’ in many places and believed that it could become a fit case for NAB (National Accountability Bureau) inquiry,” the minister added.

However, he said, Law Minister Farogh Naseem explained to his colleagues that it was an old legal practice and the word ‘may’, in many cases, was considered ‘shall’. Mr Naseem assured the cabinet that there was nothing to worry about and relaxation could be given in PPRA rules.

On Dec 2, 2020, Special Assistant to the Prime Minister on Health Dr Faisal Sultan had said the government expected the first phase of coronavirus vaccine procurement in the first quarter of 2021 as the cabinet had approved $150 million for it.

Meanwhile, the prime minister was advised not to travel for at least two to three days to Quetta where the Hazara community members have been holding a sit-in along with coffins of the Mach tragedy victims since Sunday.

The advice came from Interior Minister Sheikh Rashid Ahmed who himself visited Quetta on Monday and sat with the protesters to express solidarity with them. He had also announced compensation money of Rs2.5 million each for the bereaved families.

Another minister said Mr Rashid was of the opinion that the prime minister should not visit Quetta until the situation normalised.

He said the interior minister also informed the prime minster that the Hazaras were ready to receive the compensation he had announced but most of them did not have bank accounts and therefore wanted to get the money in cash.

Meanwhile, the interior minister held a separate meeting with the prime minister and apprised him of his visit to Quetta and provided him first-hand information about the incident and protesting mourners.

PM Khan believed the absence of Balochistan Chief Minister Jam Kamal, who was out of the country, had complicated the situation, as the CM too could not have met the protesters so far. At this, Mr Rashid said, the chief minister was returning on Tuesday night.

The cabinet offered Fateha for the coal miners martyred in Mach, for the martyrs of Pakistan armed forces and young Osama Satti who was gunned down by police in Islamabad.

The meeting also approved the appointment of the chairman of the Board of Directors of Pakistan Expo Centres Private Limited. It also approved the constitution of a special committee to adjudicate the appeals made under Clause 21 of the Trade Organisations Act 2013. The committee will be able to exercise its authority after the completion of amendments to the relevant laws.

The meeting also accorded approval for the appointment of members of the Press Council of Pakistan.

In order to improve the quality of exports in the fisheries sector, the cabinet approved the setting up of an inspection committee that would perform duties of inspection of the fish processing plants to be established in the country. The committee comprises representatives of the ministries of maritime affairs and commerce as well as Pakistan Fisheries Exporters Association.

The cabinet accepted the resignation of Dr Rana Abdul Jabbar as chief executive officer (CEO) of Alternative Energy Development Board (AEDB) and approved the setting up of a selection committee for appointing a new CEO. It was decided that the managing director of Private Power Infrastructure Board would look after the AEDB till CEO’s appointment.

The cabinet also endorsed the decisions taken by the cabinet committee for legal cases in its meeting held on Dec 31, 2020.

The upcoming Senate elections, Azad Kashmir and by-elections came under discussion during the meeting.

In a meeting with Law Minister Barrister Farogh Naseem and Adviser on Interior and Accountability Shahzad Akbar, the prime minister lauded the Ministry of Law and Justice for disposing of around 100 pending cases per day. He was also given an update about the disposal of court cases on priority.

Barrister Naseem said 99.5 per cent cases had been disposed of so far. They discussed important legal and constitutional matters besides a strategy to deal with them.

Punjab Law Minister Raja Basharat called on the prime minister and apprised him of the amendment to the Guzara Act 1928 in order to provide monetary benefits for saving forests. Laws concerning vacation of state land from illegal occupation were also discussed.