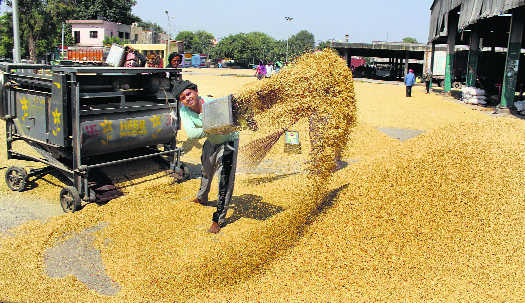 
With paddy procurement by the government agencies to the tune of 152,31,052 metric tonnes (MT) as of November 13


in the kharif marketing season 2019-20, the procurement figures supersede the paddy procurement by the government agencies on the same date last year, which was 149,44,231 MT, said an official spokesman of the state government.


On the whole, the government agencies and private millers have procured 153,32,321 metric tonnes of paddy in Punjab till Wednesday, while payments worth Rs 23,485.35 crore have been transferred to the accounts of arhtiyas/farmers by the government, rendering MSP benefits to 10,55,840 farmers.


The spokesperson claimed that the entire procurement process was going on smoothly with 100 per cent lifting of paddy having been accomplished in six districts of the state, Fatehgarh Sahib, Ferozepur, Fazilka, Muktsar, Bathinda and Mansa, as per the 72-hour lifting norm.

Bolton flats blaze: Students to be re-housed as £10,000 raised