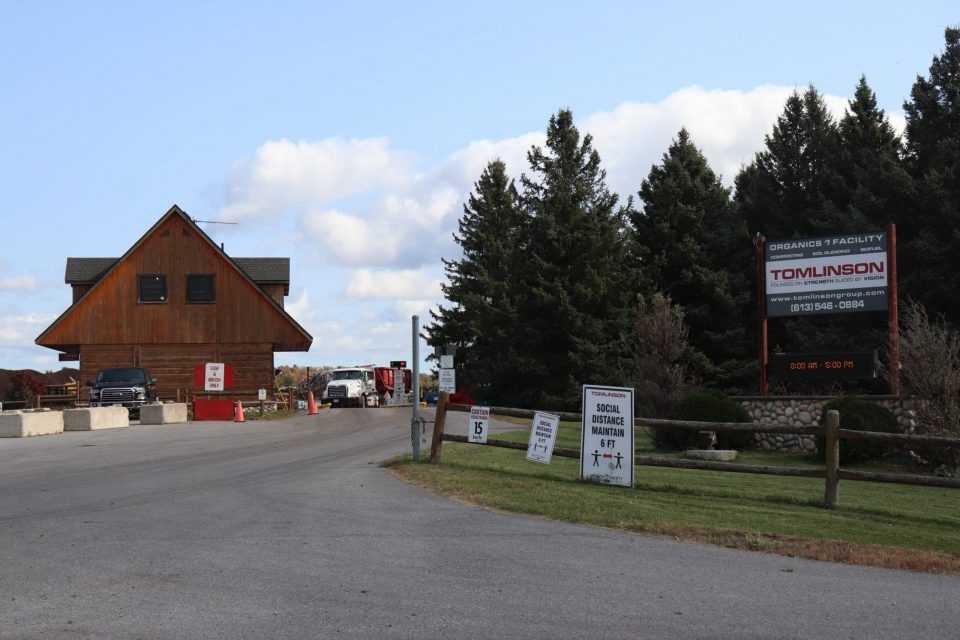 Businesses and consumers planning to make the switch to compostable cutlery have a bit of homework to do.

On Wednesday, Oct. 7, 2020, the federal government released the list of single-use plastic items it plans to ban in 2021, part of a promise to eliminate plastic waste in Canada by 2030.

The list includes retail and restaurant mainstays such as straws, cutlery, stir sticks, plastic bags and black plastic take-out containers, as well as six pack rings for bottles and cans.

While some businesses may be planning to transition to greener disposable alternatives, Lee Timmins of the Eastern Ontario waste management leader, Tomlinson Group, says there are still a lot of kinks to work out.

“Our cycle for our operation takes about eight weeks plus another three weeks of curing time to make a compost. We have a controlled environment; we’re trying to achieve certain temperatures, keep air flow and moisture content at certain levels, and create ideal scenarios for breakdown,” Timmins said.

Through product tests completed in conjunction with the NAC in 2019, Timmins said Tomlinson has found that some “compostable” materials break down less readily than others. Some would never process in a backyard system, he said, but only in the controlled conditions of a commercial operation.

There are certifications that consumers can look for, Timmins said such as Biodegradable Products Institute (BPI) and Bureau de normalisation du Quebec (BNQ), the current leader in Canada. As far as confirming or enforcing a national standard for compostable consumer products, “we’re not quite there yet,” he said.

Residential and commercial buyers also need to make sure they understand how their own municipality processes green waste. With Kingston’s waste composted, compostable plastics would hypothetically be acceptable in the waste stream.

The City of Toronto, however, processes their green bin waste into an anaerobic digestion system, which filters out any type of solids in the waste stream at the start of processing.

“They have to clean the material,” Timmins said. “If you think of the green bin that you put out, you will take that and turn that into a milkshake. Then you have to get any packaging or any residuals out of it.” Notably, even compostable plastics would be removed at this phase, he said, and sent to landfill.

“When you make your milkshake at the start, anything that is plastic-y needs to get stripped out at the front,” he continued. So for consumers in jurisdictions that use anaerobic digestion, there’s no point in buying compostable single-use “plastics” at all because they all end up in a landfill.

Its not easy to say which type of system is better, Timmins noted. “The material fed into Torontos’ anaerobic digester is broken down by the lack of oxygen and some “bugs,” which output methane, or natural gas.

“That can be upgraded, put back into the gas grid and heat peoples’ homes,” he said. “Or put into vehicles. I know the City of Toronto is converting a lot of their buses and their city fleet into natural gas vehicles, running on compressed natural gas. So they’re able to use gas that comes out of their digester to power their vehicles.”

The other leftover byproducts can be added into compost or made into fertilizers, he said. “If you want to talk about the big picture, about a good carbon footprint, that’s pretty good. It’s hard to say what’s best.”

Capabilities also vary from one composting facility to another. “Not every commercial compost organization is the same,” he said. Some may be able to process materials that Tomlinson doesn’t, and vice versa.

Compostable plastics ‘not the solution‘

To complicate things further, the Provincial government has announced plans to revamp the Blue Box programs, putting the responsibility to recover recyclable materials back onto the companies that produce them.

“Nobody knows how it’s really going to shake out yet,” Timmins said. “What products are we going to try to recover? Which ones are going to be gone? Do we have other ways to safely dispose of this material?… It’s an interesting time.”

Ultimately, Timmins said compostable plastics “will not be the solution” to the world’s plastics problem.

“For certain things — music festivals or events like that where you go through a lot of beer cups — this is a brilliant solution. You control the waste streams,” he said.

However reducing consumption overall is the most critical step. “The best solution to all of this is reduce. Everyone forgets — in the three Rs [Reduce, Reuse Recycle], ‘Reduce’ is the first one and the most critical. We see that in all the different facilities that we have.”

Every Federal Agency Should Think About Securing the Supply Chain