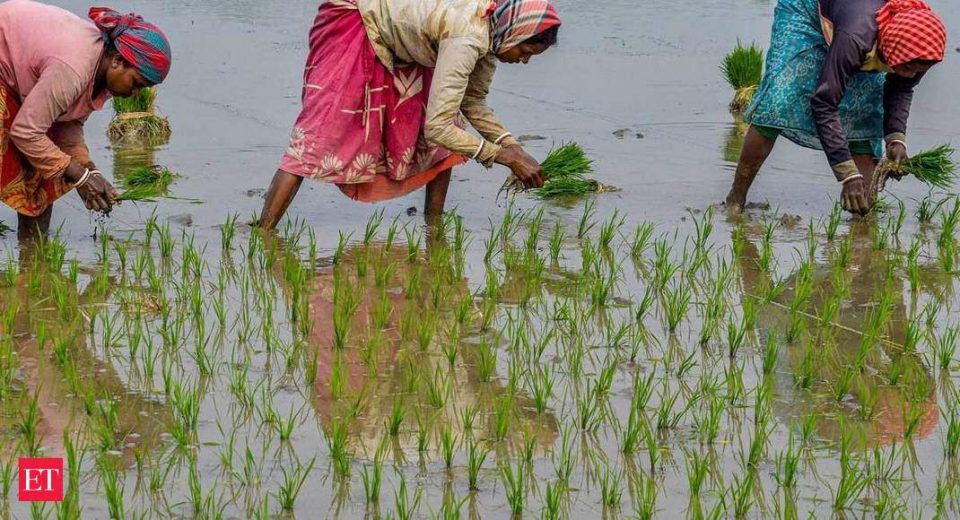 NEW DELHI: The government has bought a record 55.88 million tonnes of kharif paddy in its ongoing procurement exercise, 27.15% more than last year during this period. Out of the total procurement, little less than 50% has been contributed by Punjab and Haryana together – the states from where farmers have been spearheading the agitation against the three farm laws.

“Over the years the government has made the procurement system robust by increasing the procurement centres by 50%. In future the procurement will further improve with new technology and transparency in the system,” food minister Piyush Goyal had said on Thursday while addressing the 57th foundation day of Food Corporation of India, the apex grain procurement and distribution agency.

Apart from Punjab and Haryana, the government has procured paddy from states like Uttar Pradesh, Telangana, Uttrakhand, Tamil Nadu, Jammu & Kashmir, Kerala, Gujarat, Andhra Pradesh, Chhattisgarh, Odisha, Madhya Pradesh, Maharashtra, Bihar, Jharkhand, Assam, Karnataka and West Bengal at the minimum support price (MSP). The centre has fixed an MSP for the common variety paddy at Rs 1,868 per quintal and for the A grade variety at Rs 1,888 per quintal for the current year

“This has benefitted 7.78 million farmers so far with the disbursement of more than Rs one lakh crore,” said a food ministry official.

He said that the government has also procured cotton at MSP benefiting 1.72 million farmers, buying 8.49 million bales at Rs 24,772 crore.

The government has procured around 3 lakh tonnes of pulses and oilseeds which include moong, urad, groundnut and soyabean.

“This has benefitted 1.54 lakh farmers from across states like Tamil Nadu, Maharashtra, Gujarat, Haryana and Rajasthan,” he said.

Mears Group – The only way is ethical procurement