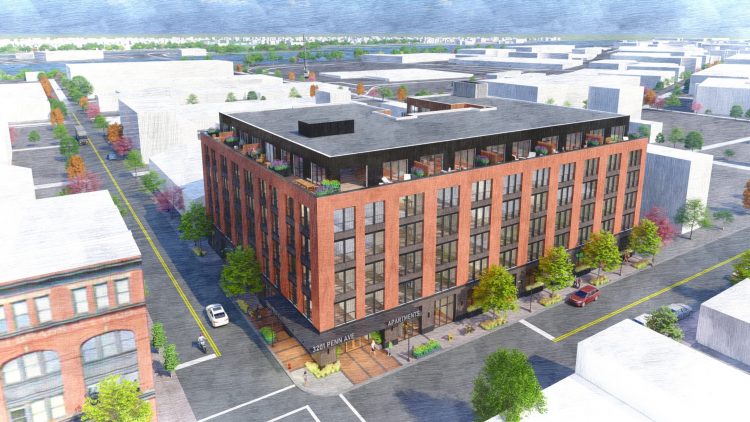 As their name suggests, Oxide Real Estate Development is betting big on the Rust Belt — Pittsburgh in particular. The Lawrenceville-based group is proposing a new six-story, 114-unit apartment building at the corner of Penn Avenue and 32nd Street at the edge of the Strip District. Oxide briefed the city planning commission on the project last Tuesday.

“I’ve been working in Pittsburgh since 2014 and watched it evolve even since then; it’s a great city with a lot of history and great architecture,” says Shawn Kichline, principal of Oxide. “Both myself and my partner, Schiff Capital Group, are big believers in the long-term growth potential of Pittsburgh as a tech hub, with Robotics Row acting as its anchor.”

There’s been a stunning makeover in the Strip District, once known for its wholesalers and factories. Many are indeed referring to the clustering of tech firms in the Strip and Lawrenceville as Robotics Row. With world-class companies like Facebook, Apple and Uber putting down roots here, the future of Pittsburgh’s economy will be determined, in large part, by what’s happening in the Strip. 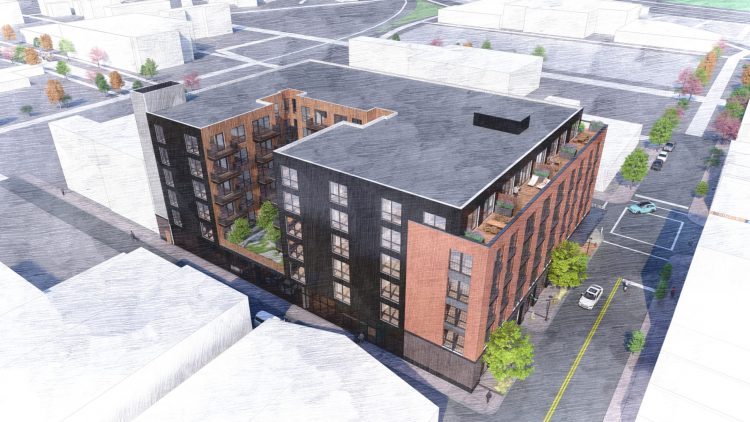 Alongside the tech boom, there’s been a similar proliferation of apartments, condos and townhouses — as new economy workers show a preference for urban amenities and short commutes. Though this apartment complex will have plenty of company– including a giant 370-unit development nearby in Polish Hill — Kichline sees the demand only increasing.

While that might be true, another plan for 27 townhouses by Laurel Communities in Polish Hill, was met with strong objection by the Polish Hill Civic Association and other residents at a September zoning board meeting, as The Pittsburgh Business Times reported. One resident spoke at the meeting about “hearing from friends who are already getting pushed out of this neighborhood because they can’t afford rent.”

The site of Oxide’s proposed development is currently home to Merlino’s Service Center, an auto repair shop, which is planning to relocate. It’s in a section of the Strip north of the 31st St. Bridge that hasn’t seen much change — yet.

“It’s in a great walkable location in the Strip, close to a lot of office development underway,” he says of his development. “Uber’s ATG (Advanced Technologies Group) is only two blocks away, Lawrenceville’s only two blocks away. We’re developing a boutique building which I think is a nice alternative to some of the larger-scale projects.”

The as-yet-unnamed apartments will rely heavily on red brick as a building material as a nod to the industrial history of the neighborhood.

“I’ve always loved the industrial character and grit of the neighborhood, which is the same elements that’s attracting a lot of the tech tenants to the neighborhood,” says Kichline. “I think people really appreciate the authenticity of its environment.”

There will be a mix of studio, one- and two-bedroom units ranging in size from 450 square feet to 1,200 square feet, as well as parking for 47 vehicles. Rents and amenities have yet to be determined, though they will be market-rate. They also plan to add rooftop and courtyard terraces and a fitness center. 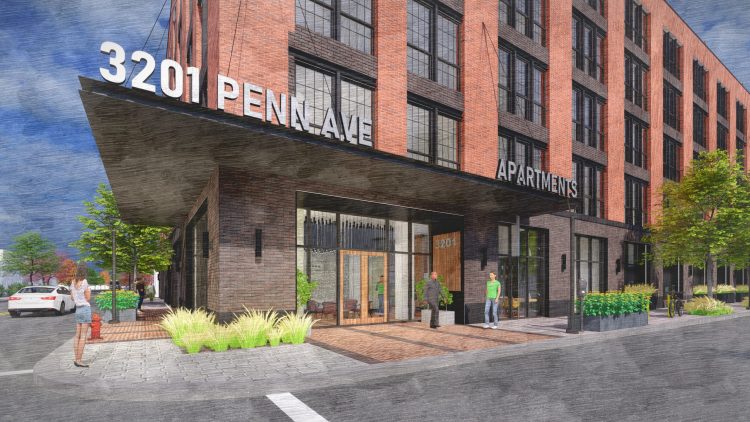 This isn’t Kichline’s first development in Pittsburgh, and likely won’t be his last. Oxide also has offices and projects in the works in Columbus.

“Most of my development activity has been in Lawrenceville actually; we’ve redeveloped a number of boutique multifamily buildings there with the latest completing in the next couple weeks,” he says. “We’ve learned that a lot of residents appreciate a boutique setting and thoughtful design.”

The architects are Hord Coplan Macht, who did the striking riverfront Glasshouse apartments at Station Square. Oxide is currently finalizing the design of the 114-unit building, and looking to start construction next year.

National League: Loans or a suspended season are club options due to Covid-19 pandemic

The Importance of Transparency in the Supply Chain; Optimizing the Online Shopping Experience