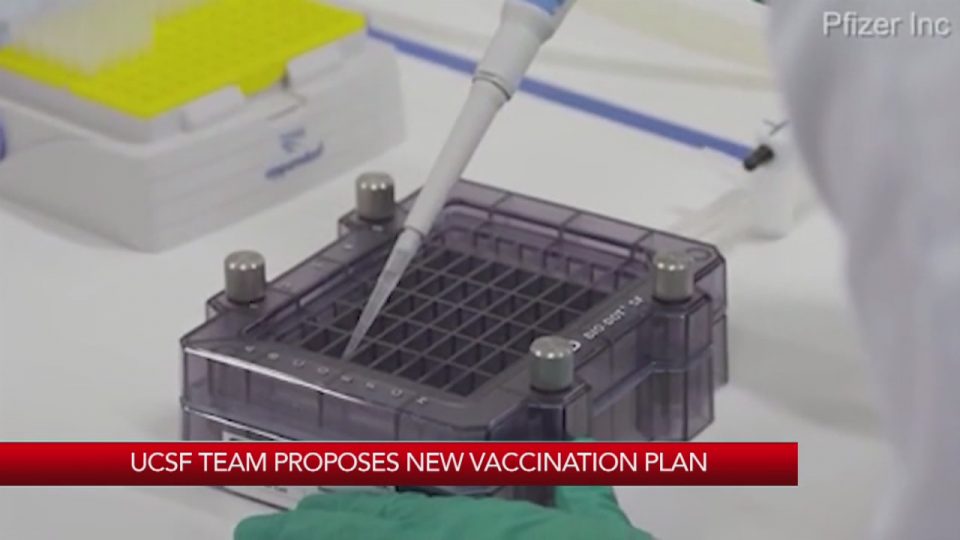 SAN FRANCISCO, Calif. (KRON) – A local doctor is endorsing the idea of spreading out vaccine distribution.

They were once backing a phased vaccination process but are now reversing course – sending a proposal on Tuesday outlining a faster process for distribution to state leaders.

It’s much like the rest of the calls we are hearing today to speed up the process.

An infectious disease specialist tells KRON4 the vaccines have been shipped out but they aren’t being administered quickly enough so we’ve got to do away with the phased roll out.

Dr. Monica Gandhi with UCSF was once a proponent of California’s tiered vaccination system prioritizing high-risk groups and essential workers but now says the best thing to do is to scrap that plan.

“Now I have totally changed my mind. And why? Because this tiered approach to vaccinations has actually totally slowed us down. It has made it logistically harder,” Dr. Gandhi said.

She is one of several doctors who penned a letter to the state’s health department director with a new proposal.

Dr. Gandhi believes to achieve heard immunity both ethically and quickly, California should instead set up mass vaccination sites and stick the needle in the arm of anyone and everyone willing to line up to get it.

“Everyone is miserable. The only way to get through the pandemic and stop lockdown is to get to a herd immunity threshold. People are clammering to get the vaccine and I think we will be able to get it even with the people who say no. So we have to think in huge numbers, not clinic infrastructure not testing sites but huge places huge numbers and use all the people in the city who want to help,” Dr. Gandhi said.

In a state of about 40 million people, as of January 10, only 783,000 vaccine doses have been administered in California.

Dr. Gandhi is pushing for permission to use large spaces like Golden Gate Park throughout the city to set up mass vaccination sites, with seats at a six-foot distance where people can wait for 15 minutes to monitor any adverse reaction.

Moving forward, the proposal reserves the last two weeks of January for people older than 65 years without appointments.

Then in February, first welcome people 16-64 years old with co-morbidities and then open to the general public on Feb. 22nd allowing both appointments and drop-ins.

People would then get an appointment card for the next dose.

In Calfornia, almost three million vaccines of the first and second dose, have been shipped to local health departments and facilities.

Dr. Gandhi explains we of course need more but the federal government is not going by the population but by the administration, so shipments are based on how many people get the vaccine.