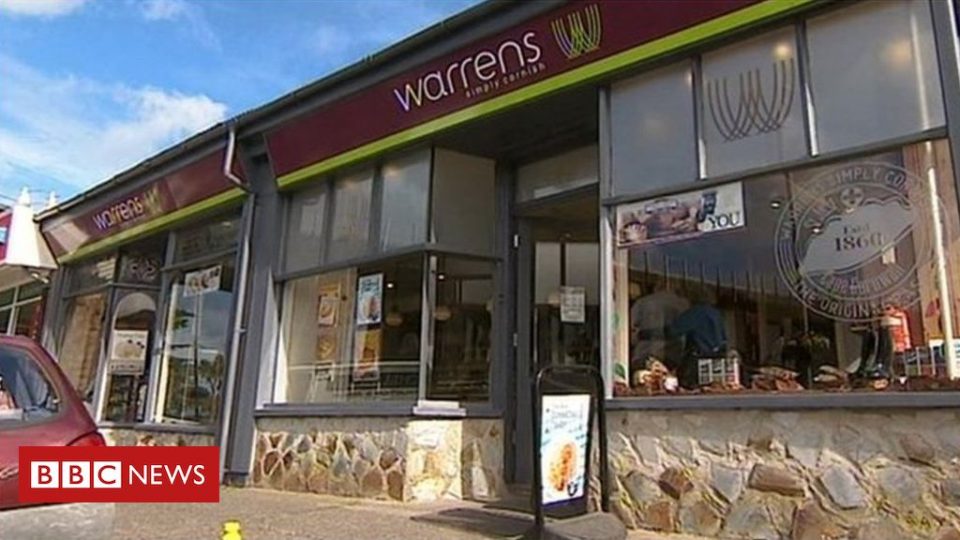 A Cornish bakery has said there could be “significant job losses” after it announced plans to close a factory and a number of shops.

Warrens said the factory it has operated in St Just since the 1970s was “no longer economically viable”.

Thought to be the oldest Cornish pasty maker in the world, Warrens has 70 shops across the UK.

In a statement the firm said the restructure was necessary due to “continued Brexit uncertainty”.

Warrens said its plant in the far west of Cornwall was too remote but the firm would keep its south-east Cornwall factory in Callington.

In a statement Warrens said: “With sadness and a heavy heart, we are consulting with staff and examining streamlining options, which could lead to a significant loss of jobs throughout the West Country.”

The company said the decision would “safeguard the future of the wider business” and allow the focus to be on profitable parts of the business including hospitals, travel hubs and strategically selected high streets.

The statement added: “We would like to thank our loyal staff and customers wholeheartedly for their continued support.”

Is Blockchain a Perfect Fit for the Supply Chain?

Will This Be the World’s Largest Silicon-Carbide Materials Factory?