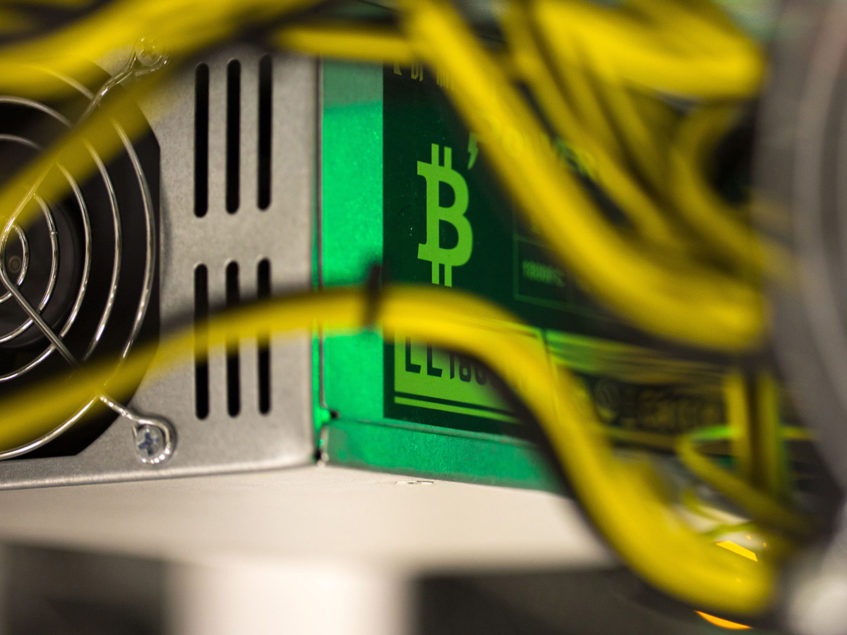 Is blockchain technology a natural fit for the supply chain? Or is it just “a solution looking for a problem”?

That second possibility is raised, ironically, by a blockchain proponent: Ajay Chidrawar, vice president of global product management and customer success with CGS, a provider of outsourced software and business processes.

It’s entirely possible, says Chidrawar, that a company doesn’t need to grapple with the complexities of blockchain, especially if it’s completely vertically integrated and all major processes occur within its corporate boundaries.

When it comes to supply chain, however, that scenario goes out the window. By definition, organizations must reach out to a wide variety of external partners to execute the stages required to manufacture product and get it to market. Collaboration is a must.

So is the need to insure the integrity and timeliness of key data, such as sales and payment records, and to be able to track product all the way from raw materials to final delivery to the end customer. And for that purpose, blockchain would seem ideal.

For most companies, however, blockchain remains a concept in its infancy. The high cost of entry and complexity of the technology make adoption a daunting proposition.

Compounding the confusion is the link between blockchain and cryptocurrencies. It was the invention of bitcoin, after all, that led to the emergence of blockchain as a means of recording transactions of that new breed of virtual cash. Traders needed an immutable record of their buying, selling and holding of bitcoin, and they got it by storing the information in “blocks” of code, then spreading it among multiple computers. The existence of a distributed ledger makes it impossible for anyone to alter the records. Or so goes the theory.

When blockchain migrated to the supply chain, for which it seemed an obvious fit, it was accompanied in most cases by either a cryptocurrency or some type of virtual “token” to be held by participants. Some were meant to be tradable as securities, others not. (The precise status of those instruments is still an open question, with the U.S. Securities and Exchange Commission taking a hard line on many initial coin offerings.

Turns out that blockchain needn’t be accompanied by any kind of coin or token when it’s deployed for non-financial purposes. “It doesn’t have to be tied to a payment model,” says Chidrawar. More importantly, it allows for the creation of “smart contracts,” which are validated through blockchain technology and automatically enforce the performance of all parties.

Chidrawar acknowledges that blockchain has a long way to go before becoming an effective instrument for global supply chains. Companies looking to get started should pick a specific function and a couple of partners to undertake a pilot. “Part of it is learning,” he says, “and part is proving that it actually delivers on its promise.”

Companies also need to evaluate what happens to their blockchain initiatives when they begin to scale. A large manufacturer might have thousands of partners that need to be included. The basics of blockchain should be nailed down and validated before rolling it out to the entire universe of suppliers.

One potential obstacle is the absence of standards for communicating within a blockchain. “Everybody’s coming at it from many different angles,” says Chidrawar. “There’s not a clear standard yet.” The standards organization GS1 US is working toward that end, but its efforts won’t begin to bear fruit until the end of this year at the earliest. And industry-specific standards are even further away from adoption.

Blockchain lends itself especially well to product traceability, claims Chidrawar. The food supply chain is in dire need of a means to trace the provenance of product all the way back to the farm and field, for reasons of safety as well as concerns over sustainability and workers’ rights. Pilots have been launched for tracking raw materials such as vanilla from Madagascar and palm oil, and many similar initiatives are sure to gear up in the months ahead.

Blockchain’s proponents say it can also prove effective in preventing counterfeiting in industries such as apparel and luxury goods. In the case of the latter, buyers insist on knowing the origin and authenticity of their pricey purchases. Drug manufacturers are likely to embrace the technology to keep up with tightening regulations and ensure patient safety. Manufacturers of cheap mass-produced items such as t-shirts, on the other hand, might not be able to justify an investment in blockchain — or even care about the possibility of counterfeits.

For a brand seeking reliable manufacturers or suppliers, the presence of a blockchain allows for rapid evaluation and adoption of the right partner. “If I’m a vendor and can do a good job, it’s in my interest to provide timely and accurate information,” Chidrawar says. A blockchain could be the best way to convey that data.

Chidrawar predicts that blockchain will take off once its effectiveness is proved by large companies with extended supplier bases, probably within three to five years. “Once the benefits become clear, costs go down, and there’s more competition — that’s when it should catch fire.”

Next: Where are the standards?