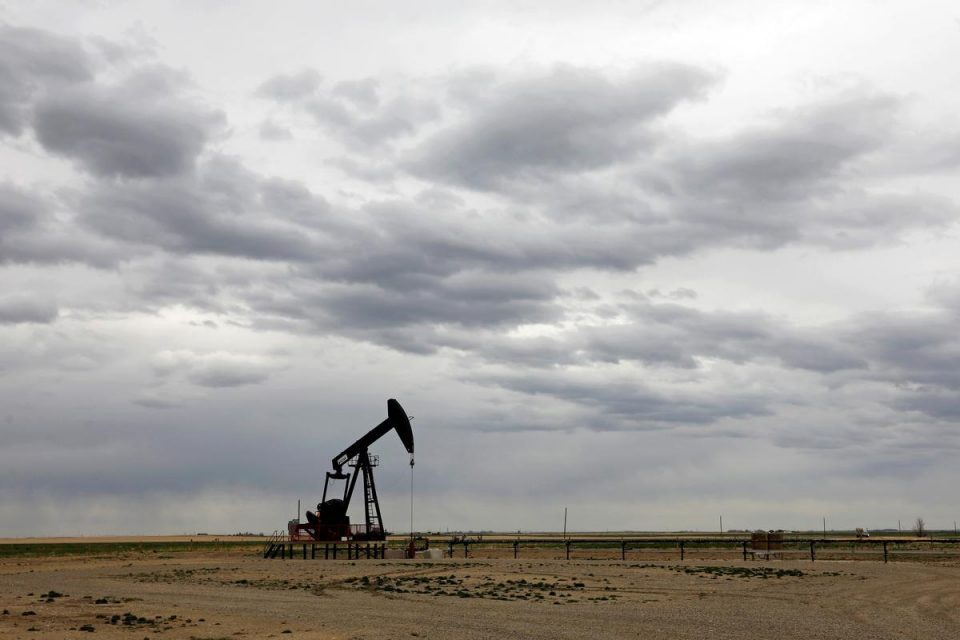 TOKYO (Reuters) – Oil prices fell on Friday as tensions rose between the U.S. and China and as Beijing failed to set target for economic growth this year, stoking concern that the coronavirus pandemic will overshadow fuel demand in the world’s second-largest oil user.

Oil prices have risen sharply in recent weeks and are still on track for a fourth weekly gain after the depths plumbed in April when U.S. crude fell below zero.

However, markets were disappointed at China’s decision not to set an economic growth target this year, as the National People’s Congress (NPC) kicked off a week-long meeting.

Rising tensions between the U.S. and China over trade and Beijing’s plan to implement national security legislation in Hong Kong is hitting oil and other markets, analysts said.

U.S. President Donald Trump warned of a strong reaction over the attempt to assert more control over the former British colony.

“We have had a number of reasons why there is caution in oil trading today and given the strength of the gains we have seen (in recent weeks) it’s not a surprise to see people taking some risk off the table,” before the weekend, said Michael McCarthy, chief market strategist at CMC Markets in Sydney.

Volumes were about double the average for the Asian session, he said, suggesting “real commitment” in the pullback.

Still, gasoline demand is returning, with traffic congestion in some of the world’s capitals recovering to year-earlier levels after the lifting of coronavirus restrictions, data prepared for Reuters shows.

(GRAPHIC: Weekly changes in petroleum stocks in the U.S. – here)

Airbus Looks to End Trade Dispute With U.S. by Forgoing Some Government Support