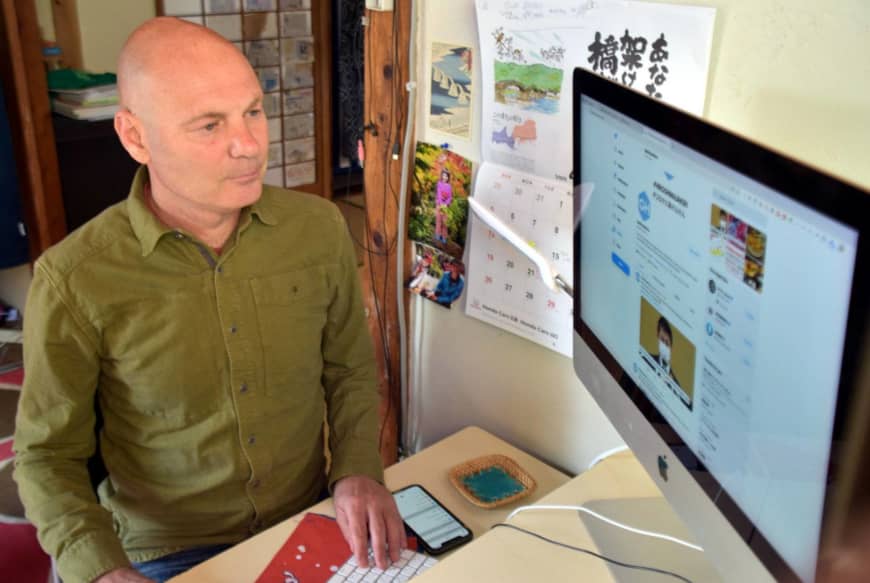 The language barrier is preventing many foreign residents in Hiroshima Prefecture from keeping abreast of the latest status of the coronavirus pandemic, highlighting the need for municipalities to provide essential information in multiple languages.

“It was through social media that I came to know about the whole kyūgyō yōsei thing,” Michelle Crothers, an Australian who runs an English conversation school in the city of Hiroshima, said, referring to the Japanese phrase for “request to suspend businesses.”

On April 18, when the prefecture issued the request in line with the state of emergency declared by the central government, Crothers stumbled upon a friend’s social media post written in English about the prefecture’s announcement.

She then fumbled her way through official websites by the government and the prefecture in hopes of finding out whether her school will have to shut down in line with the request, but ended up giving up. As an extra precaution, she decided to close it for the time being.

On its website, the prefecture offers such information as the number of confirmed cases and hotline details in nine different languages. There is a catch, however: Not only is such multilingual information hard to locate, but the use of a machine translation system means the resulting text “is not necessarily accurate,” the website says as a disclaimer.

According to Hiroshima’s branding and communication strategy team, the prefecture also utilizes platforms such as Twitter and messaging app Line to provide coronavirus-related updates in easy Japanese. But foreign residents may not even be aware of such services: Crothers, for one, says she didn’t know they existed.

Although the city of Hiroshima’s website is likewise equipped with the language-switch option that leads to machine-translated English and Chinese, the question remains as to how many foreign residents actually know about it.

Inspired by the growing need for more English-language communication, Hiroshima resident Paul Walsh, 51, who works for an inbound tourism business, has been busying himself translating official press releases and local newspaper articles into English and then uploading them on Twitter and GetHiroshima, a website he runs, on a voluntary basis.

“I’ve been doing my best to provide a wide range of information in real time,” Walsh, who is originally from the U.K., said.

Walsh, a Hiroshima resident of 20 years, says the current situation is reminiscent of what happened during the deadly flooding that devastated Hiroshima in 2018.

At the time, his main tasks included explaining to non-Japanese residents what hinan kankoku (evacuation advisory) means, or what assistance was available for those affected. This time, too, he has been volunteering to provide almost daily updates on the status of the virus spread, and subsidies for which individual business owners would be eligible for had they fully complied with the prefecture’s request for the closure.

Crothers, for her part, says she is relying on Walsh’s postings to decide when to reopen her school.

According to the Justice Ministry, the prefecture is home to about 54,000 foreign residents, who have varying dependent situations and occupations.

“There may be only so much municipalities can do themselves, but if they cooperate with foreign residents like ourselves, I’m sure they will be able to communicate multilingual information more promptly and in a manner that meets more diverse needs,” Walsh said.

“The knowledge that municipalities are making sincere efforts to keep foreign residents updated on information that directly affects their lives will give them a better sense of security.”

This monthly feature focuses on topics and issues covered by the Chugoku Shimbun, the largest newspaper in the Chugoku region. The original article was published on May 5.