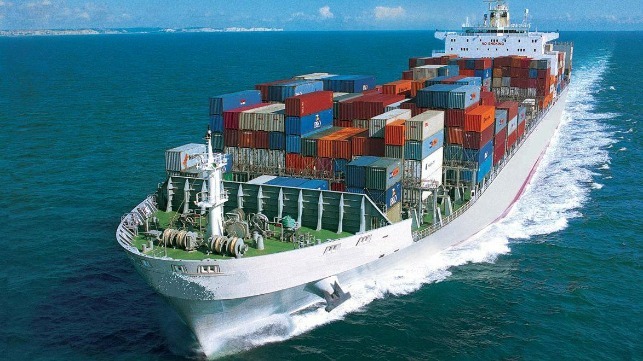 Long-term ocean freight rates remain largely unchanged despite the impact of the global coronavirus pandemic, according to new data released by the market intelligence firm Xeneta. Their latest XSI® Public Indices report shows that long-term rates largely leveled off in September while spot rates remain at an all-time high.

While rates showed declined recently, Xeneta warns that it already sees substantial increases for contracted rates for Q4 2020 and expected more increases for Q1 2021. However, with carriers moving to reinstate tonnage on key routes, Xeneta believes there is greater uncertainty for rates in the mid- to long-term tied to the on-going economic uncertainty.

“Suffice to say, there’s many in the industry that continue to be taken by surprise by the apparent resilience of the segment’s all-important long-term rates,” comments Xeneta CEO Patrik Berglund. “This has been good news for carriers and less positive for shippers looking to negotiate new contracts. On top of that, we see spot rates ‘hitting it out of the park’, with Far East – US trades commanding higher price tags than ever before. There’s a shade of the surreal to developments when we look at the wider economic and geopolitical context.”

According to the XSI, Xeneta believes that by using proactive strategies container carriers were able to mitigate the impact on rates. They point to the carrier’s efforts to adjust rates and the wise spread use of blank sailing in the schedules at the height of the pandemic. As a result, the XSI shows just over a two percent dip in long-term rates with most of the decline coming in August. In September, long-term rates remained stable with just a tenth of percent decline.

Berglund says that carriers are in a good position to post solid profits if they manage to keep it a “seller’s market” over a prolonged period. Both US and EU shippers are set to begin RFQs on the contract market for significant volumes in the coming weeks. If carriers can sustain the current rates, then the upcoming tender season (from Q4 2020-Q1 2021) can initially be locked in at very high rate levels.

“Postponing tenders would be a very attractive alternative for shippers, but it will be hard to get carriers to agree to this,” says Berglund. “Buying on the spot market is a temporary possibility, which is full of risk and costly, but can be an attractive short-term alternative for shippers looking to get through the worst before returning to a more favorable contract market.”

Analyzing the markets on a regional basis, Xeneta points to small declines in imports and exports across markets and especially those in Europe and the Far East. The XSI index also highlights declines in the US import and export markets ranging from two to nearly seven percent but the US import index is showing a small gain contributing to the pricing carriers are quoting.

Berglund commented, “The trans-Pacific Eastbound is on a historic high and it’s the worst time-to-market for shippers looking to secure new long-term rate agreements in Q4 and Q1. If rates stay high, the impact will trickle into the main tender cycle for this period come Q1-Q2. We already see long term rates with +30% increases coming into the Xeneta platform – and expect more to come on this corridor the longer the spot market remains high. Shippers report constant fire-fighting mode as equipment is scarce and carriers push contract players onto the spot market, as it offers a much better yield.”

Similarly, on the Asia – European markets they are also seeing 30 percent increases being quoted. The markets that are showing the smallest increases are both on the trans-Atlantic westbound and North Europe – South America East Coast, yet Xeneta reports they are still seeing  “a healthy rate level for the carriers and, at the same time, acceptable rates for shippers.”

Xeneta’s analysis offers an early indication of the short-term market reaching a plateau across key benchmarks, but long-term rates are increasing and covering some of the gap between the spot and contract market. They also note that tonnage has to return and that will impact the supply/demand dynamic.

“Shippers need to be on the lookout for short-term rate reductions in order to understand where the long-term market is heading,” concludes Berglund. “The market, and indeed the wider world, remains in a state of flux, so there’s zero certainty on the horizon.

Hezbollah responds to Netanyahu with a media tour of steel factory