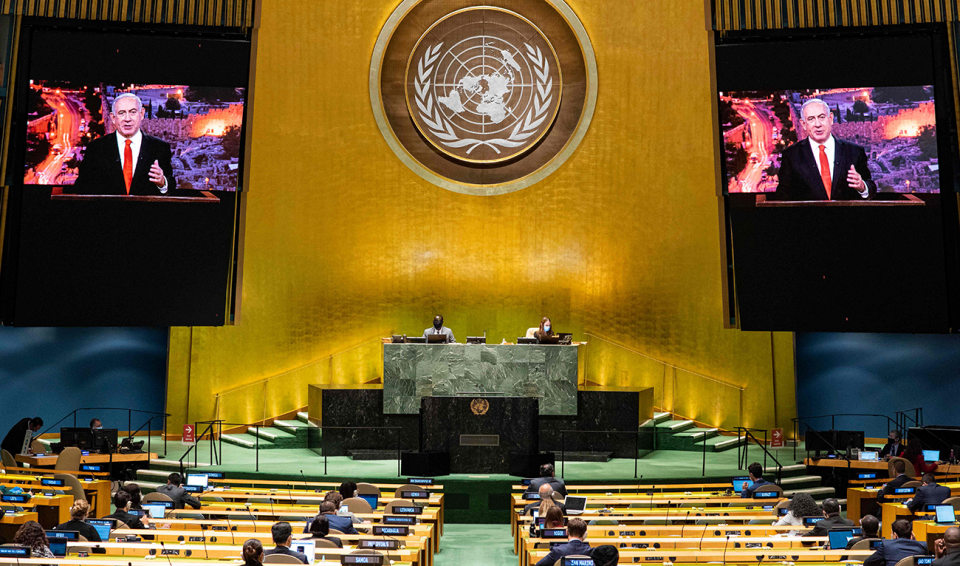 RABAT: Rowing their wooden boats across an azure river mouth, Moroccan ferrymen battle not just winds and currents but also rapid urban development which is threatening their traditional way of life.

This year the coronavirus and a sharp drop-off in tourism have further conspired against the water taxis across the Bou Regreg river estuary, between the capital Rabat and its twin city of Sale.

For decades, the boatmen have used elbow grease to ply their trade, rowing their bright blue boats, decked out with cushions and carpets and shaded by parasols, across the choppy waters below the medieval Kasbah of the Udayas.

“Our boats have always been part of the history of the two cities and yet we have no support,” sighed Adil El-Karouani, one of the 72 professional boatmen who shuttle back and forth between the river shores from dawn to midnight.

“We feel marginalized and abandoned.”

Karouani, 45, said he was 11 when he started in the business and vowed to “fight so that this profession, inherited from my father, does not disappear.”

But he faces a tide of modern development as the once flood-prone estuary has undergone a 1.5 billion euro development program, launched in 2006 by King Mohamed VI with the help of renowned architects such as Marc Mimram and Zaha Hadid.

Since then swamp areas have been reclaimed, overpasses built and a luxury real estate project with a marina has transformed the Sale riverfront. Since 2011, a tram supplements the bus network, used by the thousands who commute daily from residential Sale to their jobs in the capital.

Some regulars still prefer the gentle bobbing of the small boats driven by muscle power.

“We breathe fresh air … it’s better than the traffic jams of taxis or the bustle of the tramway,” said Tarek Skaiti, who enthused that he likes to “lose the feeling of gravity” during the short river crossing.

On weekends, the quays of the Bou Regreg still draw crowds of visitors, many of whom take boat tours to the ramparts of the UNESCO-listed medieval fortress where the river empties into the Atlantic Ocean. From the new Marina de Sale, motor yachts now offer faster and more expensive tours. Jet-skis roar across the river “without worrying about the danger,” complained Nouredine Belafiq, who has worked as a boatman for 26 years.

“With the coronavirus, there are almost no tourists,” lamented Driss Boudy, a vigorous 62-year-old man who proudly introduced himself by displaying his professional boatman’s license.

“We do an endurance job: It takes strength and heart to move a one-and-a-half ton boat with 400 kilo of passengers, especially when the tide is high,” said his colleague, Khalid Badkhali.

“I’ve tried other jobs, but I’ve always come back to the river,” said the 50-year-old, who pointed out that his precarious job doesn’t entitle him to any social security cover.

On neighboring piers, trawlers unload their haul of sardines, surrounded by flocks of seagulls — the last vestige of what was, until the beginning of the 20th century, Morocco’s largest river port.

Impoverished by the public health crisis that has paralyzed life in Morocco for many months, the fishermen feel as “marginalized” as the boatmen, said one of them, Adil El-Karouani.

“Many have lost their jobs and some are leaving clandestinely with their boats” in the hope of reaching the Spanish coast, he said, corroborating local media reports of “illegal immigration mafias” operating from Sale.

Desperate migrants hoping for a better life in Europe pay between 2,000 and 4,000 euros for the risky journeys.

The river boat crossing costs just 2.5 dirhams (about 0.2 euros), says a faded sign on the pier. The price, set by the authorities, has not changed for years.

Ocean Freight Rates Expected to Increase in the Near Term