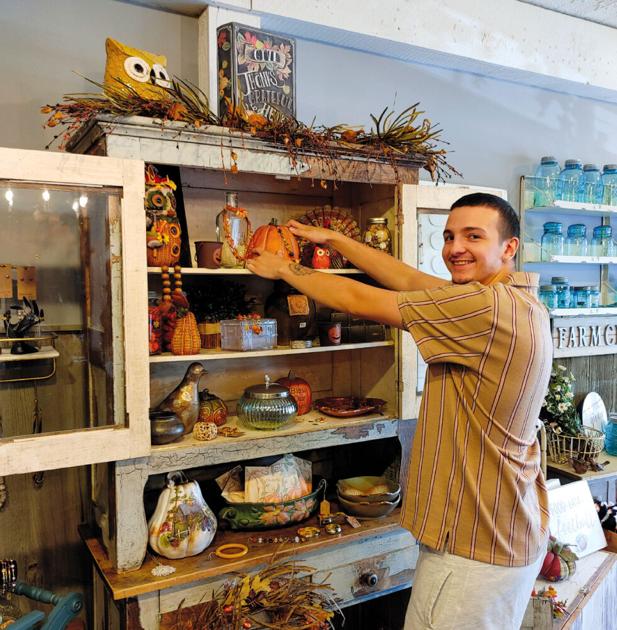 WEST BEND — Mitchell Granados forged his passion and eye for farmhouse style into Now & Then, which is set to open on South Main Street in West Bend today.

Granados was part owner of an auction house in Cedarburg for six or seven years, but it was another year or two before he found the perfect location in West Bend to become home to a mix of carefully curated rustic, traditional, chic and cozy offerings.

The shop was originally home to the West Bend General Store and a century later, Serendipity.

Granados heard that customers who patronized Serendipity for the past 18 years are excited about the opening of Now & Then.

His picking and flea market partner, mom Jennifer Granados, is lending a hand before the shop has its debut.

Mitchell said Jennifer has more of an eye for modern while he gravitates toward the antique.

He avoids wholesalers and prefers to hand pick locally-made, one-of-akind items, from soap to antique and artisan-made furniture.

“I like to support local people rather than a wholesaler, especially with the pressures COVID-19 has placed on them,” Mitchell said.

From the Community Editorial Board: Thoughts on Proposition 117