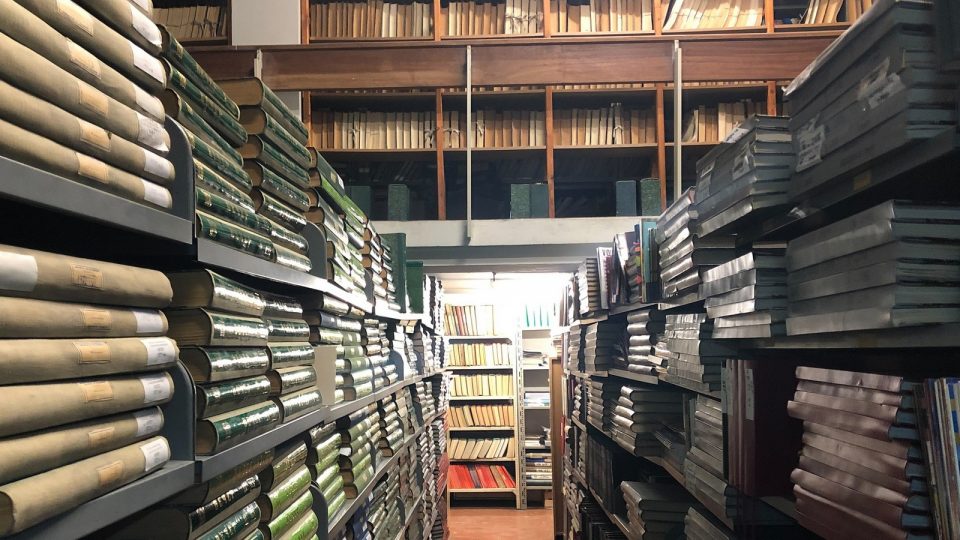 Today, little content more than five years old can be found on the websites of national television stations, even with targeted searches.

This is the case even with the most established online media outlets, which reach tens or hundreds of thousands of readers a day.

As for the content of media outlets that have stopped working, they are completely missing. Only parts can be found stored in the archive of the Time.mk news aggregator, the largest in the country.

One of the most famous examples is the now defunct A1 TV, the first private television station to open in the country after independence in the early-1990s.

For a long time, A1 was the most watched and most influential TV station in the country. Today, almost a decade after its demise, the memory of its reporting is fading, from its coverage of the so-called TAT affair in the 1990s that revolved around a pyramidal savings scheme, to the beginning of the 2001 armed conflict in the border village of Tanusevci, as well as other events.

Former Vest editor Goran Mihajlovski said that after they founded the newspaper, they paid a lot of attention to archiving. Having previously edited the daily Vecer, daily, while it was still owned by the state-owned NIP Nova Makedonija publishing house, he says the experience there taught them the value of preserving the written word.

In Vecer, “the archive was a special service in the company and everything was done professionally. At Vest, at least until 2010, we worked according to the same model,” Mihajlovski recalled.

The archives of Vest and the other two MPM newspapers today remain held by the management, along with the company’s remaining assets, after it ceased publishing more than two years ago.

But it is not clear why the online archives have now been deleted from the Internet, along with that of the portal Telegraf, which was also under MPM.

“It is an indicator of total irresponsibility towards history and towards work created for over 20 years. Why? Simply because, when the company was falling apart, the last thing on the management’s mind was what would happen to the archives,” Mihajlovski suggested.

There are other examples of media that have had a new start under a changed ownership – and left their past behind.

Such is the case of the private national TV station Alfa, which completely changed its editorial policy after its takeover by Serbian owners in 2012, to reflect the positions of the then ruling VMRO DPMNE party.

The old, more critical articles, from the previous journalistic team can no longer be found.

Some of the lost content can be found with luck, if it has been archived by news aggregators, been republished by another outlet that has stored its archive, or has been copy-pasted entirely on to forums and discussion pages.

But exceptions are few. Old archives are properly stored and accessible usually only when the outlets has not changed ownership. This is the case with the A1-On and MKD news portals, which have stored their news since they started working in 2012.

Others, like the Republika news portal, archived old content during the redesigns of the site, so the articles remain available on a site with a different address, and can be accessed via a link from the home page.

This means the content is not missing, but that the links of the aggregators leading to them have become non-functional; they can only be searched in the archive using the publication date, a task that not everyone knows how to perform.

Other outlets lack even this option. They have archives, but they cannot be searched or checked by date.

This option is missing even from the page simply called “Archive”, of the state news agency MIA, founded in 1998. This so-called archive is accessible on MIA’s front page, but the content starts and ends with March 5, 2020.

Thus, the most reliable way to find original articles from between 2000 and 2010, which have almost vanished from local media, are foreign state services that operate in North Macedonia.

Radio Free Europe, Deutsche Welle or Voice of America have all kept their publications archived since the day they started.

Here’s how to make your holiday gift wrap more sustainable