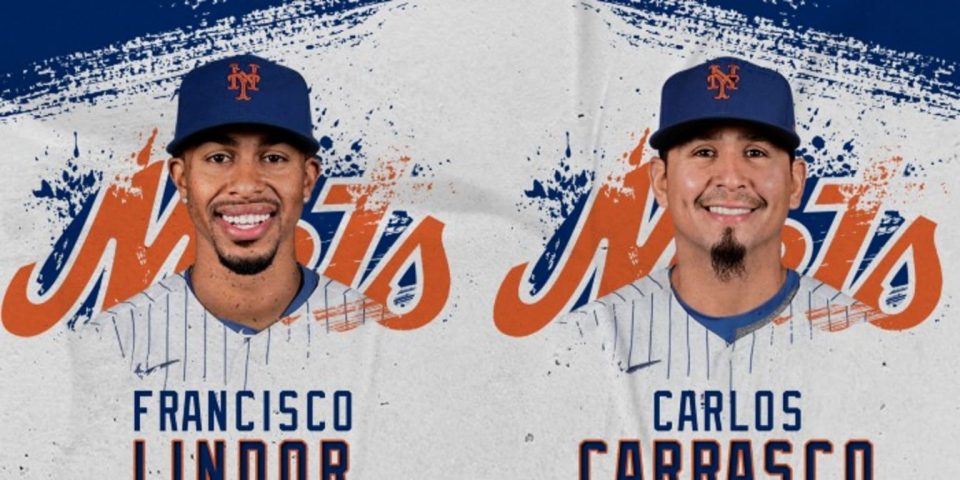 The Braves have taken control of the National League East in recent years, winning the division in each of the past three seasons — but is their run set to come to an end in 2021?

That’s a fair question after the Mets acquired superstar shortstop Francisco Lindor and right-hander Carlos Carrasco from the Indians in a Thursday afternoon blockbuster. In fact, the 2021 projection models at FanGraphs have already elevated the Mets to the top of the division. Prior to the deal, Atlanta (.538 projected winning percentage) had a slight edge over New York (.535), but the Mets’ projected winning percentage leaped to .558 following the trade.

Of course, the Braves have been in this spot before. Many were ready to proclaim the Phillies as NL East favorites after they signed Bryce Harper and acquired J.T. Realmuto prior to the 2019 season, but Atlanta won 97 games that season, while the Phils finished in a distant fourth place. The second-place Nationals went on to win the World Series as a Wild Card that season, but the Braves still retained their reign atop the division in ’20.

• Here’s what Lindor brings to the Mets

With the Mets seemingly poised to be the Braves’ latest challenger, we’ll take a closer look at how those two clubs stack up to one another in various areas. Keep in mind, however, that there is plenty of time left to make improvements, and either of these clubs — or any of the other three NL East teams, for that matter — can quickly tip the scales with another move or two.

OFFENSE
It’d be perfectly reasonable to give the edge to a Braves team that features the vaunted trio of Ronald Acuña Jr., Freddie Freeman and Ozzie Albies — but let’s dig a bit deeper here. Atlanta will likely need a replacement for free agent Marcell Ozuna, the NL leader in home runs (18) and RBIs (56) in 2020. It’s possible Ozuna could return if Major League Baseball once again uses the designated hitter in the NL in ’21, but nothing is a guarantee at this point. It’s also far from a guarantee that Travis d’Arnaud can maintain his remarkable production from last season, when he posted a .919 OPS — a whopping 182 points higher than his career average. Toss in Nick Markakis hitting free agency and the Braves electing to non-tender Adam Duvall, and the club could be relying on a combination of 22-year-old prospect Cristian Pache, Ender Inciarte and Austin Riley at the bottom of the lineup.

As for the Mets, Lindor brings some added pop to a lineup that was already sneaky good in 2020 — even with Pete Alonso’s struggles. Michael Conforto returned to his ’17 All-Star form, turning in an impressive .322/.412/.515 hitting line. Dominic Smith had a breakout season that saw the 25-year-old hit .316 with a .616 slugging percentage and a .993 OPS en route to earning votes for the NL Most Valuable Player Award. Toss in Jeff McNeil, a career .319 hitter with an .884 OPS, and the Mets could have one of the most potent lineups in the NL with the addition of Lindor, especially if Alonso is anywhere close to the player who hit 53 homers with a .941 OPS as a rookie in ’19.

Again, one more big move for either club — whether it be the Braves re-signing Ozuna or the Mets going all in and landing marquee free agent George Springer — could change everything.

STARTING ROTATION
There are so many unknowns in this category. Will Mike Soroka be ready for Opening Day? How much will Noah Syndergaard be able to contribute in 2021? Can Marcus Stroman resume his 2019 All-Star form after opting out of the ’20 campaign? Will 22-year-old Ian Anderson continue the absolute dominance we saw from the rookie over his 10 starts (including the postseason) last year?

The answers to those questions will likely dictate how this category shakes out, but the slight edge at the moment goes to the Braves because of their depth — though the Mets’ addition of Carrasco certainly makes it a tough call. Atlanta, of course, made a significant pitching upgrade of its own this offseason, signing two-time All-Star Charlie Morton to a one-year deal. Along with the potential return of Soroka, Morton joins a rotation that also features Max Fried (7-0, 2.25 ERA last season) and Anderson (1.59 ERA in 10 total starts in 2020, including the postseason). That’s a formidable quartet, while Kyle Wright and newcomer Drew Smyly will likely battle for the final rotation spot.

As for the Mets, they obviously have one of the best pitchers on the planet in Jacob deGrom to anchor their rotation. Beyond the two-time Cy Young Award winner, however, things get much shakier. The addition of Carrasco, who had a remarkable comeback season in 2020 (2.91 ERA in 12 starts), provides some stability for a rotation that will likely be without Syndergaard until at least June. That leaves Stroman, David Peterson, Steven Matz and Seth Lugo to fill out the rotation in the meantime.

BULLPEN
The Mets will be counting on Edwin Díaz to replicate his remarkable bounceback performance from 2020, while also hoping that Dellin Betances can experience a similar resurgence of his own. After posting a 5.59 ERA in his debut season in Queens, Díaz posted a 1.75 ERA and struck out 50 batters in just 25 2/3 innings last year, looking more like the lights-out reliever the Mets were hoping for when they acquired him from the Mariners following the ’18 season. The addition of Trevor May alongside Jeurys Familia should help, but Betances — who posted a 7.71 ERA while experiencing a dip in velocity last season — rediscovering the form that led to four straight All-Star appearances during his time in the Bronx would go a long way.

Atlanta, meanwhile, had one of the top bullpens in the Majors in 2020, and there’s no reason to expect this year will be any different. The Braves’ 3.40 bullpen ERA ranked fourth in MLB (second in the NL, behind only the Dodgers) — and that was despite Will Smith struggling to a 4.50 ERA while dealing with some uncharacteristic home run issues. Assuming Smith goes back to keeping the ball in the yard this year, he’ll be in the running for the Braves’ closing job, though manager Brian Snitker’s list of options also includes Chris Martin, A.J. Minter and Tyler Matzek. Regardless of how Snitker rolls out his relievers, Atlanta figures to be tough to score on in the late innings.

DEFENSE
The Mets have certainly had their struggles defensively in recent years, racking up -104 Defensive Runs Saved since the start of 2019. While only the Orioles have been worse (-105 DRS), New York seems to be making a concerted effort to rectify those issues this offseason. After signing catcher James McCann — a marked improvement defensively over Wilson Ramos — in December, the Mets made another major defensive upgrade with the addition of Lindor, a two-time Gold Glove Award winner. Lindor has accounted for 46 DRS since entering the Majors in ’15, fourth most among shortstops during that span. Meanwhile, Mets shortstops have accounted for -90 DRS in that same span, easily the worst by any big league club.

The addition of Pache — a highly regarded defensive prospect — in center field could give the Braves one of the best defensive outfields in the Majors, but they still have some question marks. Austin Riley will likely once again be asked to play third base, a position where he accounted for -8 DRS in 2020. Atlanta is otherwise solid around the infield, but New York’s two moves so far this offseason could have the Mets looking like a much different defensive ball club in ’21.

WHAT CAN BE DONE TO TIP THE SCALE?

Braves: This one is simple — find a middle-of-the-order replacement for Ozuna (or bring him back if the DH returns to the NL).

Mets: Though the Mets may have already done enough to win their first NL East title since 2015, making one more major splash (could George Springer or Trevor Bauer be next?) would certainly solidify their case as the NL East favorite.

WHAT CAN THE OTHERS DO?

Marlins: Fresh off their first winning season since 2009 and first postseason appearance since ’03, the Marlins are hoping to prove their ahead-of-schedule arrival was no fluke. Miami’s young rotation more than held its own in ’20, but the Marlins could use an upgrade in the bullpen and behind the plate in order to take the next step.

Nationals: A return to full health for Stephen Strasburg will provide a significant lift on its own, but the Nats still need to fill out the rest of their rotation beyond Strasburg, Max Scherzer and Patrick Corbin — and adding another impact bat to the lineup wouldn’t hurt.

Phillies: The Phils have been mostly quiet so far this offseason, but they’ll need to find a way to shore up what was one of the worst bullpens in MLB history last season. Philadelphia also still needs to find a starting catcher, though anything less than re-signing J.T. Realmuto would be a disappointment at this point.

Even the smallest stain can help fight climate change

UAlbany vaccine site booked for months, but more appointments may open up