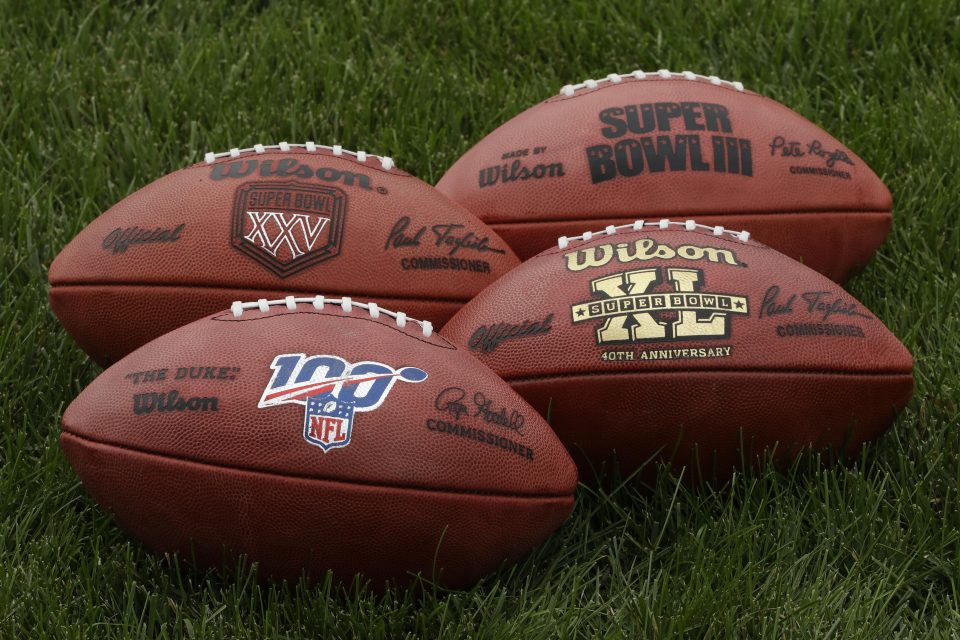 Those shiny “NFL 100” logos on all the footballs being used to commemorate the league’s centennial season are part of a lengthy process that goes into making each handcrafted leather game ball.

Wilson has been the official game ball of the NFL since 1941. The size, shape and feel of the football have evolved over the years, but the personal touch remains the same.

“It’s very much a hand-crafted item sewn and constructed in Ada, Ohio,” said Kevin Krysiak, Wilson Global Director of Innovation. “There’s not a lot of automated equipment. It’s a lot of sewing machines, turning the ball inside out. The process we have, the dedication of our operators and workers at the factory to produce a consistent product definitely makes the Made-in-America story much more relevant and something that we’re very proud of. The ability to produce that product, still having that handcrafted perfection to it, we feel really makes a difference on the field.”

There are 25 steps to making every NFL leather game football and about 50 sets of hands touch each one that takes approximately three days to make.

Four panels, sewn together with more than 250 stitches, comprise one football. There is one lace on a football that is threaded by hand, through 16 lace holes. Small “Ws” are stamped into the leather of a Wilson NFL football to prove that it is authentic.

The size, shape and weight of the football have been the same from the first Super Bowl. Every football is 71 centimeters long, 55 centimeters wide at the widest point, and weighs approximately 425 grams.

Krysiak said Wilson reps collect insights from players and equipment managers to make sure the balls are consistent.

“Right when they come out of the box, they have that glossy finish and that’s something the equipment guys scrub out, put some mud on them to get the grip right,” Philadelphia Eagles practice squad quarterback Kyle Lauletta said. “You obviously want it grippy. You don’t want it slipping out of your hands. You really grip it in your fingertips, so that’s where you need to make sure it feels good for you.”

5 keys to protect your supply chain from cyberattacks

The 5 best deals to score from the Factory Seconds Sale