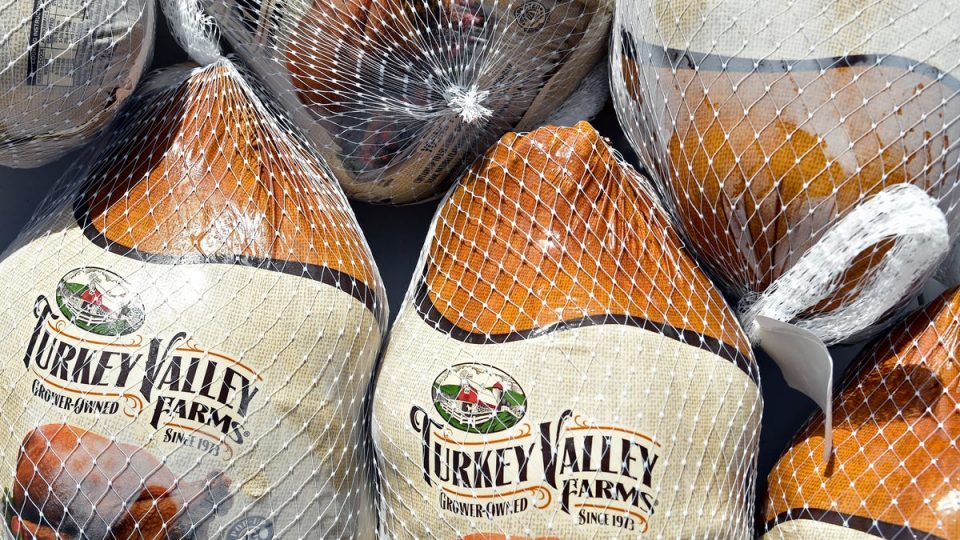 Local grocers have already had to shut off orders for smaller turkeys this year, noticing an uptick in overall turkey sales as Newport County residents plan for smaller Thanksgiving gatherings at home.

“The turkey orders we’re getting would lead to the assumption that more people are having small gatherings,“ said Matthew Ponte, a spokesman for the Clements’ Marketplace. “With everything going on, I think more people are avoiding getting together in large groups.”

Newport County grocers, like their New England neighbors, have seen a trend in orders for smaller turkeys as locals downsize their Thanksgiving dinners. Clements’ Marketplace’s Portsmouth location has already reached its order limit for 10-12 lbs, 12-14 lbs, and 14-16 lbs turkeys, each of which were capped at about 50 orders per size, according to Assistant Meat Manager Matthew Sousa. Sousa said the location now has over 435 orders for birds of all sizes to fill by the holiday weekend, which is an increase from last year, and has also seen more turkey breast and turkey thigh orders than previous years.

Since turkeys have to be ordered from the wholesaler far in advance, Ponte said the company predicted this trend might be a possibility and adjusted their usual order to increase smaller turkeys as much as they could. Tom’s Market in Tiverton has had to adjust their order twice this year.

“(People) are already shopping more,” said Steve Thomas, meat manager for Tom’s Market in Tiverton. “They’re not going out, so a lot more people are cooking at home.”

Both Tom’s Market and Clements’ order much of their poultry from wholesaler Warwick Poultry. Warwick Poultry declined to comment, saying they were too busy.

Although the turkeys getting sold are smaller, Thomas and Ponte said the stores are doing well financially this Thanksgiving thanks to the amount of birds being sold and the sales on the food that will be served beside it, such as the stuffing, potatoes and cranberry sauce.

“The sheer volume is what we look at as a whole,” Ponte said. “Generally not a lot is made on the turkey itself, its everybody coming through the doors and picking up everything else… all the accompaniments that go with the turkey.”

In Jamestown, McQuade’s Marketplace has already received several orders for its new smaller pre-prepared Thanksgiving meals, said Randy Vietri, who works in the meat department at the Jamestown location. The chain started offering single-serving dinners and portions for families of four, compared to their typical orders for group sizes ranging from 8 to 18 guests.

Many of these grocers still offer large turkeys in the 25 to 30lbs range. Vietri said the plan at McQuades is to carve the remaining large birds and sell the breasts and thighs.

“It’s funny because in most years out bigger turkeys are usually the first to sell out and they’re also the hardest ones to get,” Ponte said. “This year that trend has sort of flipped a little bit.”

Even Helger’s Turkey Ranch in Tiverton is almost sold out of their farm-raised fresh turkeys, said Wendy Helger. They raised the same number of turkeys as they always do.

“People are excited to get together with at least a few family members,” she said.

Material from The Herald News was used in this story.

Carbice raises $15 million in Series A investment round