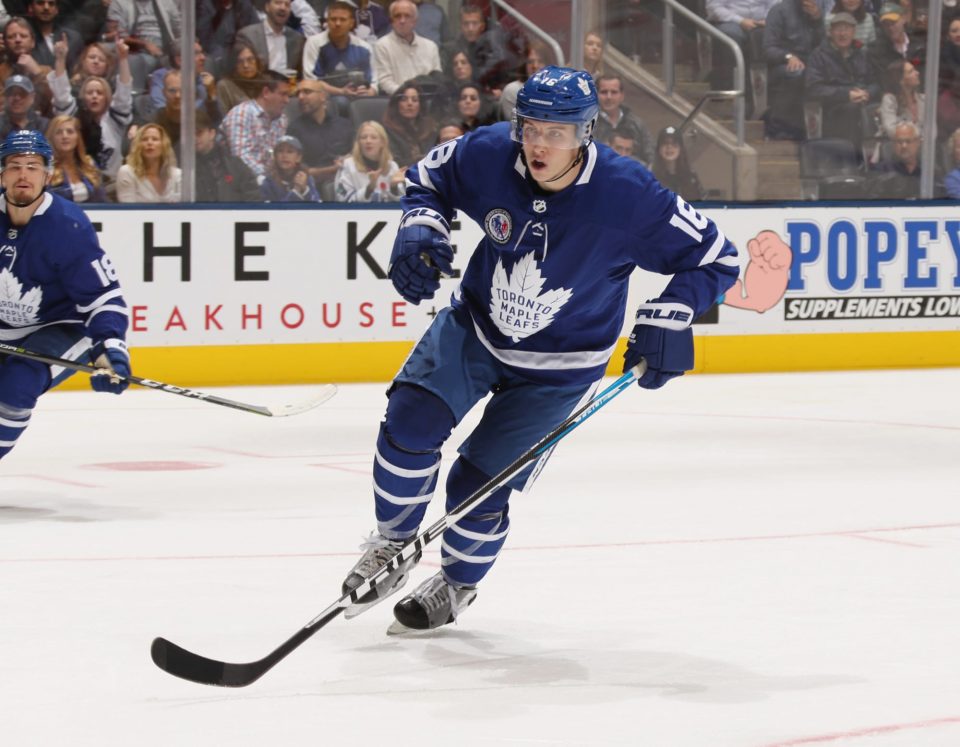 The New Jersey Devils pulled off a huge trade in getting Andreas Johnsson.

The New Jersey Devils came into the offseason needing to fill a ton of holes, but few thought he could do it. Adding a top-line defenseman, a backup goalie, and a scoring player in the top six were priorities number one, two, and three. Somehow, it took him three days to fill all three holes. They already added Corey Crawford and Ryan Murray. On Saturday night, they added the scorer.

The Devils traded for the Toronto Maple Leafs’ Andreas Johnsson. He had 20 goals and 23 assists in his first full season in the NHL. He turned that into a contract worth $3.4 million per season. This obviously was going to put the Maple Leafs into a pickle, since they are paying Mitch Marner, Auston Matthews, and John Tavares more than $10 million each. When the superstars are making a ton, the lesser players need to pay the price.

The Devils were able to get Johnsson from the Leafs in exchange for Joey Anderson. There were no extra picks going the other way. This is a massive win for the Devils. Obviously, Anderson has the makings of a good hockey player, and he had a lot of room to grow in the NHL, but Johnsson is by far the superior player.

Without going into the advanced statistics (this article from Editor In Leaf does a good job hitting all of them), Johnsson makes his teams better every time he’s on the ice. He makes his teammates better without losing personal production.

Next: Nico Hischier Is Still Better Than Cale Makar

Johnsson clearly had issues with injuries this season, but he was still a decent player when he was on the ice. He had 21 points in 43 games. He had 16 points over his first two months before injuries knocked him out until the end of January. Like many scoring players, he struggled upon returning from injuries. He only had five points in 13 games. Then in the playoffs, he was only able to get into one game. He returned for the Game 5 eliminator against Columbus.

Want your voice heard? Join the Pucks And Pitchforks team!

This is going to be a huge win for the Devils. Johnsson is controllable for the next three seasons. The Devils are a much better team today than they were yesterday.

Lenovo’s sales strong despite growing threat of US sanctions