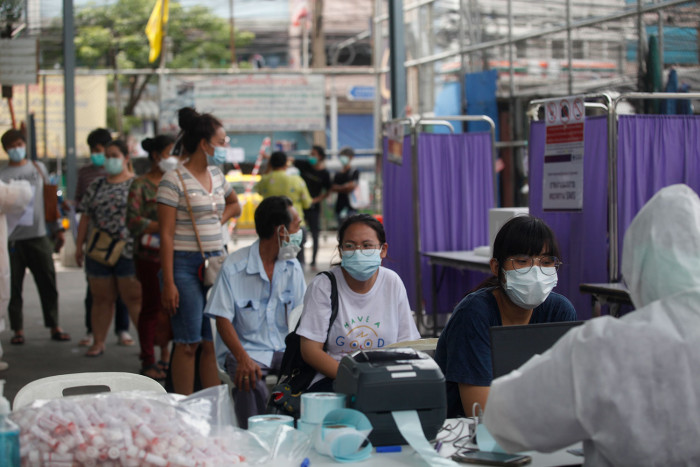 PRACHUAP KHIRI KHAN: Ninety-nine new Covid-19 cases have been diagnosed in this province, most of them linked to a cluster at a pineapple canning factory.

Sixty-two cases were traced to the Dole Thailand Co factory in Hua Hin district, 23 were confirmed at hospitals and 14 others were people arriving from other provinces, provincial health chief Suriya Kooharat said yesterday.

The new infections raised the provincial total to 3,587 with 937 patients in hospital, 50 of them critically ill. A total of 866 at-risk people were put in quarantine facilities. Provincial authorities say infected residents working in other provinces should return home for treatment at public hospitals.

Many of the province’s infections have been linked to several clusters from the latest outbreak.