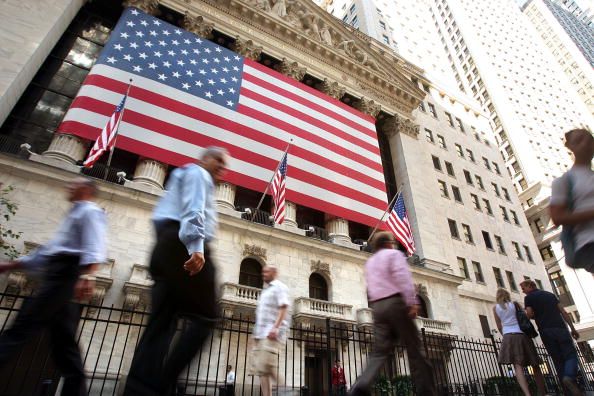 Equity markets are largely showing small losses as we approach the end of the final trading session of the month.

November has been a great month for stocks thanks to a number of big pharma countries that have made great progress in terms of developing potential vaccines for Covid-19. There is a feeling in the markets that have pharma companies are closing in on the virus but there is still some way to go yet. It would appear that today’s broadly bearish move in stocks has been driven by profit taking from recent gains and to a lesser extent, concerns about the health crisis itself. On the FTSE 100, banks and big oil stocks like BP and Royal Dutch Shell are some of the largest fallers in terms of index points

Pets at Home Group PLC confirmed that it will acquire The Vet Connection for £15 million. The transaction will be funded by cash reserves. Pets At Home shares hit an all-time high on the back of the update so traders clearly support the deal. The company has performed well amid the pandemic as demand for pets jumped, which is connected to the rise of people working from home. Last week the group confirmed that first half revenue increased by 5.1% to £574.4 million and the full year figures are set to be in line with management’s guidance.

Indivior shares took a knock on Friday afternoon after Reckitt Benckiser announced they intend to sue the firm for over £1 billion. The legal action is in connection to the demerger between the companies in 2014. Reckitt agreed to pay the US Department of Justice $1.4 billion because of the way Suboxone was marketed – which was connected with the opioid addiction crisis in the US. This morning Indivior confirmed it is confident it will defeat Reckitt in any potential legal case- the news helped Indivior shares claw back some of the ground lost on Friday.

Mike Ashely have been snapping up retail high street assets lately and today his company, Frasers Group PLC, confirmed it has offered to lend Philip Green’s Arcadia Group £50 million. Frasers confirmed it was awaiting a response. It added that if Arcadia fails to secure lending and goes into administration, they would be interested in acquiring some of their businesses. Mr Ashley is clearly trying to become king of the high street as he is eyeing up some of Arcadia’s assets. The companies that enter an economic downturn in a good position tend to do well out of it in the medium to long term as some of their competition disappears and takeover opportunities present themselves.

Sticking with the retail theme, JD Sports shares are up on the session on the back of reports the company is considering backing away from its possible takeover of Debenhams.

Dunelm Group shares have been given a hand by RBC. The bank raised its rating for the company to ‘outperform’ from ‘sector perform’ and the price target is 1,450p.

UBS lifted its rating for AstraZeneca to neutral from sell and the price target was raised from 7,300p to 7,500p.

US indices are in the red as dealers seem to be squaring up their books on the last day of the month. The Dow Jones is down just over 1% but it is still on track to post its best month since 1987. Last week the well-known benchmark hit an all-time high and now the bullish sentiment has faded. The Chicago PMI reading for November was 58.2, its lowest reading in three months, which could suggest the US economic rebound is running out of steam.

Moderna Inc shares have jumped to a new record high on the back of the news that its potential vaccine for Covid-19 is 94% effective and the pharma group will be seeking emergency authorisation from the Food and Drug Administration.

S&P Global is hoping to merge with IHS Markit in a deal that is worth $44 billion. The proposed transaction is expected to be cleared by the regulators in the second quarter of 2021 but seeing as the planned LSE-Refintiv deal has come under a large amount of scrutiny, S&P and IHS will probably be in for the same treatment. Data is big business these days and that appears to be the motivation behind the proposed merger.

The USD dollar index has fallen to a level last seen in April 2018 as the bearish continues. Last week the minutes from the latest Fed meeting we posted and the central bank is contemplating adjusting its stimulus scheme – either upping the bond purchases or buying more longer dated bonds. A few hours ago it was announced that Steven Munchin, the US Treasury Secretary, has extended four of the emerging Fed’s emergency schemes. EUR/USD and GBP/USD have been lifted by slide in the US dollar.

Bitcoin (USD) has seen a lot of volatility recently and even though it underwent a big pullback last week, today it hit a new record high. Should the positive move continue, it might target $20,000.

Gold’s decline continues as it has fallen to its lowest level since early July. Traders have been turning their backs on the commodity recently and the bearish move is still intact. While it holds below the 200-day moving average at $1,799, the negative move should continue.

WTI and Brent crude are in the red as traders decided to take some cash off the table in light of the OPEC+ meeting. Lately there has been a lot of talk that the group will extend the existing production cuts into next year Yesterday it was reported there were divisions with respect to whether output in 2021 should be upped or not. OPEC+ will make their decision tomorrow, even though it was supposed to be announced today.