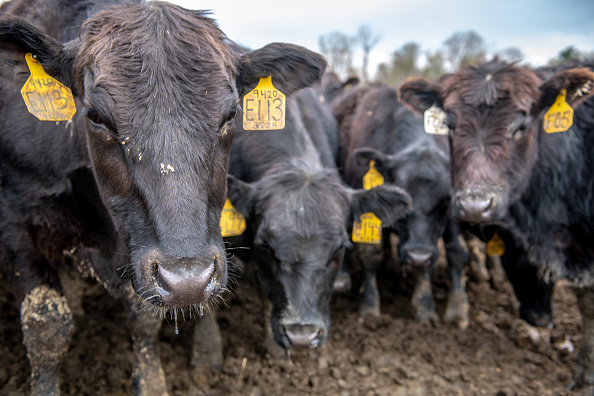 On Monday, the government argued that ministers had already committed to maintaining any food standards in any post-Brexit trade agreements.

And in July, trade minister Greg Hands assured parliament that there would be no weakening of the UK’s food standards after Brexit. This was a Conservative manifesto pledge, and the EU’s laws with their stringent food standards will be copied over onto the UK’s statute book, he said.

“If anybody thought they would introduce any of these controversial products, Parliament would be able to block that,” he added.

But the documents show that ministers could decide to allow chemical washes to be used on poultry, based on advice from official experts. They could then change the law using a statutory instrument, a manoeuvre where parliament is informed of the law change but has little power to examine, debate, amend or, in practice, block it. The last time Parliament blocked a statutory instrument was over 40 years ago.

For beef, the picture is less clear, but if a WTO challenge was successful, individual hormones or other growth promoters could be authorised by food safety or veterinary medicine authorities and signed off by ministers, meaning there would be no scope for parliamentary scrutiny.

One food safety expert described Hands’ statement to parliament as “either ignorant or dishonest”.

Erik Millstone, professor of science policy at Sussex University, told Unearthed: “The statutory instruments give ministers the power to change food safety rules without parliament being able to debate or amend those policy changes.”

His concerns have been echoed by the National Farmers’ Union. A spokesperson said: “Ministers have been clear that the bans on hormone-fed beef and chemical washes in poultry production will remain in place from January next year. However, it is also clear that these restrictions can be removed easily through secondary legislation, without Parliament debating or voting on the consequences of doing so.

“The government must introduce a formal and comprehensive process that gives Parliament an explicit responsibility to debate and ratify the trade deals we negotiate, as well as any changes to legislation that affect our high food and farming standards.”

The Lords’ amendments sought to make the maintenance of British food standards a legal requirement in trade deals, limit the use of pesticides in public areas, and improve other environmental protections. All three were voted down. A further amendment to strengthen the powers of the new Trade and Agriculture Commission was ruled out by the deputy speaker.

Lord Randall of Uxbridge, a Conservative peer who supported the amendments, told Unearthed: “The public has to have more confidence in what is happening and not just around US standards and chlorinated chicken. There are lots of countries where animal welfare is below our standards. Upholding our standards was a Conservative manifesto commitment and we should be committing to them on the face of the Bill.”

A government spokesperson told Unearthed: “This government has been clear it will not sign a trade deal that will compromise on our high environmental protection, animal welfare and food standards, and claims to the contrary are unhelpful scaremongering. We are a world leader in these areas and that will not change.

“Chlorinated chicken and hormone injected beef are not permitted for import into the UK. This will be retained through the EU Withdrawal Act and enshrined in UK law at the end of the transition period. The government is focused on getting trade deals that protect and advance the interests of our farmers and consumers. If a deal isn’t the right one, we will walk away.”

Competition Authority will not publish pharma transactions to ministry | News