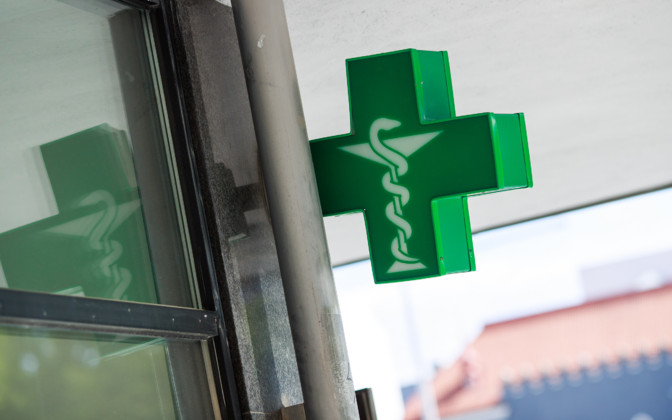 The social affairs ministry sent a long letter to the Competition Authority a month ago asking for an investment into transactions relating to the pharmacy reform and the pharmaceutical wholesale market, in order to assess whether any specific businesses have an unproportional dominant position in the market place.

In the authority’s response on October 12, it is stated that pharmacies are still closely connected with wholesalers after the pharmacy reform, put into force on April 1, but they are not comparable to a dominant position.

On the Agency of Medicines’ (Ravimiamet) behalf, the authority assessed the position of some 100 pharmacies. A situation where a provisor owns no actual power over a pharmacy or a pharmacy is connected to a wholesaler in a forbidden way was not discovered.

At the same time, the Competition Authority notes that it has asked companies in the sector to amend certain contracts and directives because they were contradictory to the Medicinal Products Act and the Competition Act.

Märt Ots, director of the Competition Authority, penned to the social affairs ministry: “And that has been done.”

Pharmacy reform objectives not in line with Medicinal Products Act

The ministry asked the authority for an overview of transactions made during the pharmacy reform, where pharmacy licenses’ ownerships were changed. The authority however refuses to publish this information to the ministry.

Ots wrote: “The explanation is that the transactions in question are a trade secret which means the Competition Authority does not have a right to publish them. The board has analyzed transactions and their conditions in the context of dominant position. As mentioned earlier, the Competition Authority discovered no dominant position in the market.”

While the Competition Authority directed the ministry to the Agency of Medicines for some specific questions regarding the pharma market, Ots acknowledged that parts of the requirements set for pharmacy licenses are much too broadly worded. He pointed to a regulation that sees all transactions be made in accordance with goals of the Medicinal Products Act, which in turn can bring many challenges in justifying the conditions.

The authority’s letter explained: “The main objectives of the Medicinal Products Act /…/ are medicines’ safety, quality, effectiveness and correct usage. These objectives are not understandably related to the goals set by the pharmacy reform.”

Sublease regulations could lead to lack of spaces for pharmacists

The ministry also asked for an assessment into whether it would be reasonable to regulate the rental spaces of pharmacy licenses owners, meaning owners of the post-reform licenses would only be allowed to rent spaces directly from their owners and not take on a sublease in a previous license owner’s rooms, for example in a mall.

The Competition Authority directed the social affairs ministry to familiarize themselves with the market situation to assess how easy it is to find spaces former pharmacy license owners already do not have their hands on.

The authority’s letter states: “We would like to direct attention to the risk coming with banning subleases. This can lead to available spaces for pharmacists to drop off drastically. At the same time, rent conditions can also worsen, including prices, which can in turn be reflected in medicines prices. The actual effects of this change could turn out different than expected, which will set the proportions of the regulation in doubt.”

The Competition Authority added: “Although subleases could be in favor of the main tenant and the pharmacist might not have much to say in the condition discussions, subleasing will not bring along a dominant position in connection to a franchiser or wholesaler.”

The authority does not consider franchising a negative form of cooperation, but does see dangers when it comes to cooperation with pharmacies.

“Pharmacies, who have joined franchise chains have limited freedom of decision to protect the franchiser and the latter has a chance to intervene in the pharmacies’ activities,” the authority noted, adding that a franchise contract does not automatically lead to a dominant position.

“Therefore, it is important that the agreed conditions in the contract would be organized for the franchise. That is what the Competition Authority has checked in previous dominant position assessments,” the response letter stated.

Investigation into Linnamäe brothers’ position in the pharma market

The social ministry also asked for an assement into whether Apteekide Koostöö Hulgimüük OÜ, belonging to businessman Aivar Linnamäe, was actually connected to other pharma wholesalers and did not have any competition on the market.

Soon after the ministry stated desire to investigate the market situation, Apteekide Koostöö Hulgimüük announced it will be ceasing commercial activities from November 1, leading the Competition Authority to deem it unnecessary to investigate the company’s actions and market status.

US GOA Calls for Greater Cybersecurity for Commercial Airplanes

KEVIN LEININGER: Is Do it Best moving to Electric Works? And where should MLK memorial go? | News, Sports, Jobs

my Say: MCO and its revelations on the food supply chain

The Proper Approach to Discovery in Procurement Proceedings