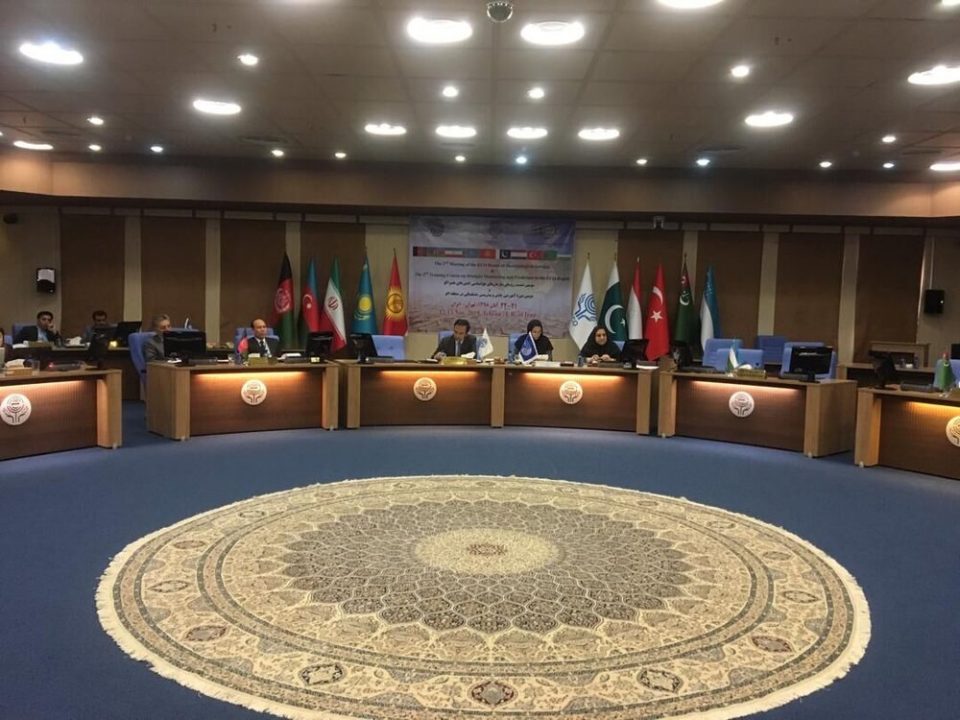 On the sidelines of the 2-day event, the 2nd training course on drought monitoring and prediction in the ECO region will be held.

The delegations will also visit the ECO regional center for risk management of natural disasters (ECO-RCRM) during a trip to Mashhad city, northeastern Iran.

Sahar Taj Bakhsh, head of Iran’s Meteorological Organization (IMO), for her part, said that the meeting is a great opportunity to share the experiences and capabilities of member states in monitoring, early-warnings, and risk management of natural disasters in the region.

ECO region as one of the most valuable regions to climate change has experienced many weather and climate-related disasters, she said, adding, in the past five years, at least 1,200 people were killed by floods.

Moreover, the floods caused at least billions of dollars of damage to the region, so, this opportunity emphasizes the need for regional cooperation in response to the natural incidents and damages, she highlighted.

Taj Bakhsh went on to say that in the coming decades, the average precipitation will decrease up to 20 percent from the eastern Mediterranean and the temperature will rise approximately between 2 to 5 degrees in the region.

“Such incidents encourage the member states to adopt coordinated regional policies in order to decrease the negative consequences of global warming, adapt to climate change, reduce the use of fossil fuels, and move towards using renewable energies.

It is necessary to counter the adverse effects of climate change and enhance natural disasters management in cooperation with international specialized agencies using the World Meteorological Organization (WMO) resources,” she explained.

She further suggested that ECO members should apply the knowledge and experience gained by other countries regarding climate-related disaster management because natural disasters know no geographical boundaries.

Climate change, soil erosion, and human over-exploitation of Earth’s natural resources are among the major causes of disasters such as floods, sand and dust storms which have so far displaced millions of people, she lamented.

Considering the necessity of monitoring and predicting climate-related incidents in the region, she noted that IMO has tried its best to identify, warn, and manage these disasters.

The establishment of ECO-RCRM, beside the other national centers, indicates a growing interest in climate issues in Iran, showing that people, experts, and officials have become more sensitive to climate issues, she stated.

Seyed Yahya Akhlaghi, deputy secretary-general of ECO, for his part said that agriculture heavily reliant on weather, climate, land, and water for its ability to thrive, which is particularly vulnerable to natural disasters.

One the most direct ways in which natural disasters affect the agriculture sector is through reduced production, which brings direct financial loss to farmers cascading along the entire value chain, and affecting agricultural growth and rural livelihood, he explained.

The rising occurrence of weather extremes will have more and more negative impacts on agriculture because critical thresholds are already being exceeded, he noted, adding, the agriculture sector often endures long-lasting and multi-pronged consequences such as loss of harvest and livestock, disease outbreaks and destruction of rural infrastructure and irrigation system.

Droughts can have many devastating effects on communities and the environment, and also increases insect infestation, pest and plant diseases that cause damages to plant and animal species, wildlife habitat, air and water quality, loss of biodiversity, Akhlaghi also added.

He went on to note that on the social front, the fall in farmers’ income entails a ripple effect, in addition to increased unemployment, adding, faced with the drought impacts, many people will flee a drought-stricken area in search of a new home with better water and food supplies.

Moreover, the population growth, as well as rapid economic development, have sharply raised the demand for water, to an extent that most of ECO member states are facing severe water shortages.

These are enough reasons for drought mitigation and management to be high among ECO’s priorities, he highlighted.

The human food chain is already under continuous threat from an alarming increase in the number of pests and disease outbreaks, he said, noting, climate change is also exacerbating the situation.

So, risk management must become an integral part of modern agriculture, he stated.

As the resource becomes increasingly scarce, objective evidence is needed to effectively target our investments in resilience, preparedness, and mitigation, he also said.

“Agriculture contributes to over 10 percent of the Gross Domestic Product (GDP) of the ECO region while agricultural exports reach almost 10 percent of total exports.
On the other hand, it employs around 32 percent of economically active segment of the population in the region, according to statistics released in 20018.

Although the value-added of agriculture is not as much as industry and services sectors, it creates employment opportunities for one-third of the total population (almost half of the Eco region population live in rural areas).

Drought management was identified as a priority area for regional cooperation within “support to the regional center for risk management of natural disasters” of the regional program for food security.

Therefore, the ECO-RCRM has a vital role to promote cooperation between the member states for effective risk management of natural disasters especially in the fields of meteorology, climatology, hydrology, and climatic disasters,” Akhlaghi explained.

He went on to suggest that public-private partnership is needed to foster effective disaster risk management systems, so the member states have the opportunity to work together in their commitment to a safer future for the development of agriculture and rural livelihoods.

Building a more holistic and ambitious disaster-resilience framework for agriculture is crucial to ensuring sustainable development which is the base for adaptation to climate change as enshrined in ECO Vision 2050.

How the Senate’s gun violence deal came together

Huawei: US issues new charges of racketeering and theft