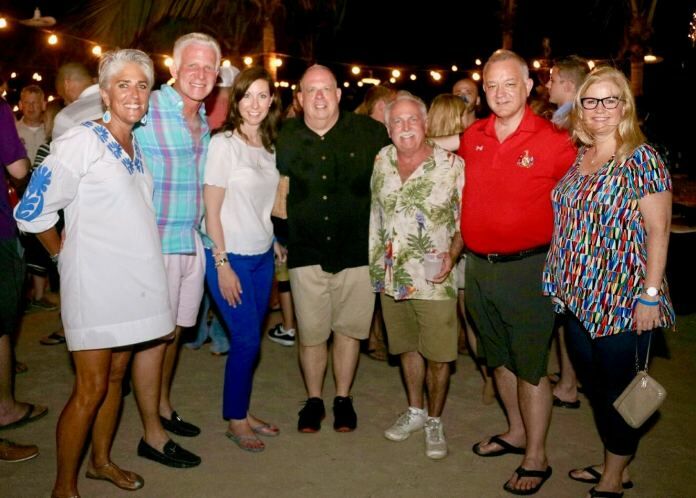 The former head of procurement for the Maryland Department of Health said he was forced into retirement without explanation, months after refusing an unusual late-night request to send millions of dollars to a South Korean COVID-19 test-kit manufacturer.

The former head of procurement for the Maryland Department of Health said he was forced into retirement without explanation, months after refusing an unusual late-night request to send millions of dollars to a South Korean COVID-19 test-kit manufacturer.

He also raised concerns about whether the state followed best practices in its rush to acquire the tests last spring.

In an interview with Maryland Matters, Dana Lee Dembrow, a former member of the House of Delegates, said he was forced to resign by then-Secretary Robert R. Neall on Nov. 23, just one week before Neall himself retired.

The Maryland Department of Health is disputing several key elements of Dembrow’s account.

Dembrow said he was “shocked” and “disappointed” to be forced out after more than four years in the post, and asserted that stepping down in the middle of the pandemic was the furthest thing from his mind. He said he was summoned into a conference room and told that if he didn’t agree to retire, his departure would be recorded as a termination, potentially hurting future job opportunities.

Dembrow’s firing is the latest development in the saga over COVID-19 test kits the state of Maryland purchased from a South Korean company during the spring, when the coronavirus was still relatively new and states were scrambling to respond to the public health crisis. While Gov. Lawrence J. Hogan Jr. (R) announced the procurement of the Korean test kits with great fanfare in mid-April, The Washington Post reported last month — three days before Dembrow’s termination — that the test kits were flawed and never used.

No reason was given for the decision to fire him, Dembrow told Maryland Matters.

“I know he [Neall] made a mistake here, but so what? Everybody has made mistakes from time to time,” he said. “I respect his judgement, or whosever judgment it was. I took it very professionally and just that’s the way it is.”

Dembrow, 67, said his dismissal came seven months after a surprise, late-night phone call from an aide to then-deputy health secretary Frances B. Phillips. The aide told Dembrow to approve an immediate $6 million payment to a South Korean firm, a request the veteran procurement officer refused.

“I said, ‘No, I’m not going to do that. That’s not how it works,’” he recalled. “I must have explained to them how to initiate a procurement, that we don’t pay in advance, that a company needs to be vetted or else we could get ripped off in a scam, that specifications have to be written up and there has to be an assurance of a delivery date and compliance with the specifications, that sort of thing. Basic procurement understanding.”

Dembrow called the demand for the instant payment “strange” and “fishy,” but he said he chalked it up to inexperience.

“I think [the aide] was just mistaken about what he should be doing and somebody must have told him the governor wants this order placed right away, because that’s what was relayed to me. And I said, ‘that’s not how it works.’”

“I don’t think there was any bad faith involved or any corruption,” Dembrow added. “I just think they didn’t know what to do. You just don’t do procurement like that. And I think everybody should know that, but some people don’t.”

Dembrow wouldn’t identify the aide. He said he didn’t recognize the name of the firm to whom the payment was to be made.

In a statement, the Maryland Department of Health took issue with parts of Dembrow’s account.

According to the agency, two officials were on the call with the former procurement chief and that “no specific funding amount was, or could have been, discussed, nor was Mr. Dembrow given any kind of specific instruction, order, or demand that he do something.”

“The conversation referenced was a general discussion to understand the procedure for a potential emergency procurement,” the statement added.

The purchase was approved by the state Board of Public Works on Sept. 2, “as part of the standard emergency procurement process.”

Told of the agency’s response, Dembrow insisted his recollection was correct. “They asked for me immediately to transfer substantial funds to a firm in So. Korea to facilitate a purchase transaction & I declined to do so,” he said in a text.

In the interview, Dembrow said that about three weeks after the late-night springtime phone call, Hogan popped up in news reports, on April 18, welcoming a plane-load of LabGenomics coronavirus test kits at Thurgood Marshall BWI Airport.

Dembrow said he assumed the payment request had been approved by someone else in state government.

Asked if he thinks his dismissal was related to his refusal to approve the $6 million payment, Dembrow would only say, “I have thought about that a lot.”

A former member of the Maryland Board of Contract Appeals for a decade and an expert in procurement, Dembrow acknowledged he is a stickler for detail.

“I’m not a yes man. If you want me at a meeting, I’m not there just to kiss your ass or tell you everything you’re doing is right,” he said. “I’m going to ask some tough questions. I’m going to even play devil’s advocate and say, ‘haven’t you thought about this or that?’ That was my style. and I think it was very useful to the Department of Health.”

“I wouldn’t just say, ‘okay, you want me to send a check to somebody for $5 million? Here’s the check.’”

The Hogan administration has drawn criticism for its decision to pay additional $2.5 million to LabGenomics for replacement test kits when the first batch — in the words of acting Health Secretary Dennis R. Schrader — turned out to be “clunky.”

Dembrow told Maryland Matters he recommended that the first batch of kits be sent to the Maryland Laboratories Administration for a reliability check.

“I thought, before you go through the whole ordeal of the logistical distribution of these things, and getting them in place, let’s make sure they work. Which is sort of an obvious thing to do. Do they comply with specs and do they work? Are they reliable?” he said.

“The response I got was: ‘Don’t ask any questions.’”

In its statement to Maryland Matters, the agency said, “No senior MDH official ever said this. If you can provide us with who is alleged to have said it, we can look into the accuracy of this statement as well.”

Dembrow said that if he had handled the initial purchase, the state would not have had to make the second payment.

“There would have been definite specifications that would have included FDA requirements and a vendor who got that work, to place that order, would have had to agree to comply with those specifications. And if they provided a product that did not comply, we would not pay for it. Period.”

The agency rejected this claim, saying: “Mr. Dembrow had no involvement with, or knowledge of, this procurement.”

The agency said that, as of Friday, 453,129 LabGenomics tests have been utilized as part of the state’s response to COVID-19.

Because of the lack of a coordinated federal response to COVID-19, Maryland and others states were beset, in the early months of the pandemic, by a frenzied search for ventilators, PPE and tests — and Dembrow said he is sympathetic about the “very difficult” situation state leaders faced.

He and Neall are both former legislators.

During his 16 years in the House of Delegates, from 1987 to 2003, Dembrow was a lightning rod for controversy. While considered whip-smart and hardworking, he clashed with colleagues and often infuriated legislative leaders. But after losing a reelection bid in 2002 after being arrested for striking his wife — charges were later dropped — Dembrow largely faded from public view and spent a decade-and-a-half in low-profile though important government positions.

Dembrow stressed that he continues to admire Neall and still considers him a friend.

“It was a life-or-death situation and we needed to move quickly,” he said. “Other states were jumping in front of us. … So I don’t want to question what was done. But I was shocked to learn only this week that apparently we spent all this extra money. I don’t know if that was justified or not.”

England ODI series in South Africa canceled because of COVID