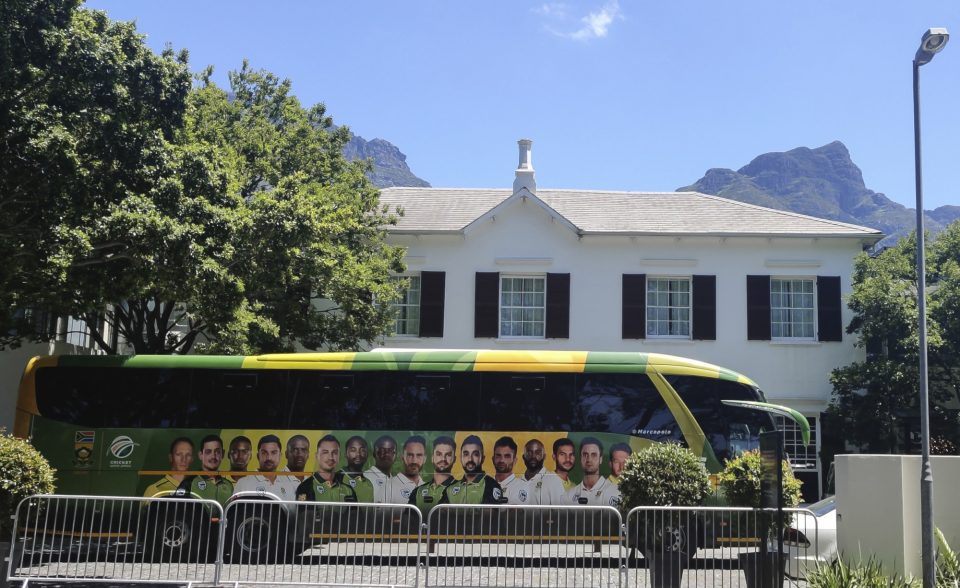 CAPE TOWN, South Africa (AP) — England’s ODI cricket series in South Africa was canceled Monday after an outbreak of COVID-19 cases at the luxurious Cape Town hotel where both teams are staying.

Both squads have had members infected, while two staff members at the hotel have also contracted the disease.

The decision to call off the series was taken by both the England and Wales Cricket Board and Cricket South Africa, the two federations said in a statement, and was made “to ensure the mental and physical health and welfare of players from both teams.”

The opening game of the series was scheduled for Friday but was postponed to Sunday after a South African player tested positive for COVID-19 on the morning of the game.

That first ODI was then canceled completely on Sunday after it was revealed two hotel staff members had been infected with COVID-19, forcing the England contingent to undergo a new round of tests. Two members of the England group then tested positive for COVID-19, although the ECB said it wanted the tests verified by an independent medical team before making a decision on the remainder of the tour.

Both the ECB and Cricket South Africa had hoped that the remaining two ODI games would be able to go ahead but that was ended with Monday’s announcement.

The ECB and CSA said they were effectively postponing the series until a suitable time could be found for England to travel back to South Africa to play the games.

“We have always maintained that the welfare of our players and management is paramount,” ECB CEO Tom Harrison said. “We were concerned about the potential impact that recent developments might have on the wellbeing of the touring party, and so after consultation with Cricket South Africa, we have jointly made the decision to postpone the remaining matches in this series in the best interest of the players’ welfare.”

The ECB did not give any update on the two members of its contingent who had tested positive for COVID-19 over the weekend.

It’s an embarrassing development for South African cricket, which has failed to keep the “bio-bubble” in the Cape Town hotel secure. Three South African players have tested positive during the tour, which began in mid-November — two of them after entering the supposedly bio-secure environment.

The teams have already played a three-game Twenty20 series, which England won 3-0.

England’s limited-overs tour was organized at short-notice to give both teams a chance to play some cricket after the coronavirus pandemic led to a string of series cancellations across the world.

Copyright © 2020 The Associated Press. All rights reserved. This material may not be published, broadcast, written or redistributed.

Let’s get real: The schedules are best in class contracts