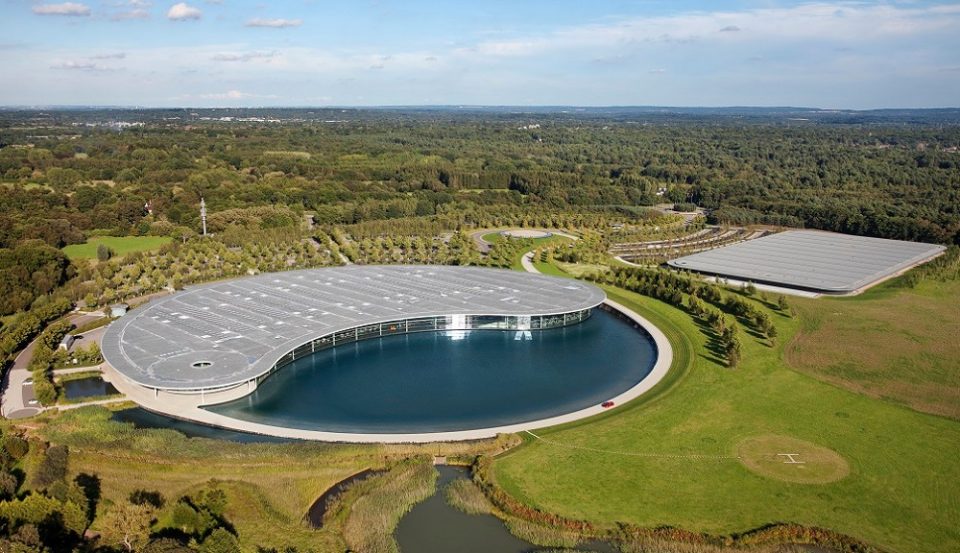 McLaren Racing CEO Zak Brown has downplayed the significance of the company selling its factory to raise funds.

The McLaren Technology Centre (pictured above) is an iconic design in Woking, near London, and one that McLaren currently owns outright. With the supercar brand as well as the racing team hit financially by the COVID-19 pandemic this year, Brown says a plan is in place to sell the MTC and lease it back, in a move that could raise up to £200 million ($260m).

“We’re going to do what is a traditional sales leaseback,” Brown explained. “I think the majority of companies in this world don’t actually own the real estate that they are tenants of. We’ve got a lot of cash tied up in that building as you can imagine, and that’s not a very productive use of funds when you’re looking to invest in your business.

“We’ll ultimately sell the facility to someone, we will then do an extremely long-term lease, so then we’ll use that money in our business to help us grow our business. So it’s a pretty typical financial restructuring exercise.”

MEDLAND: Give me more Mugello

Brown insists there is no cause for concern regarding McLaren’s financial state despite the impact of the pandemic and the steps it has had to take.

“Paul Walsh — our new chairman, who joined in the middle of March — he was brought in given his experience as a global CEO and chairman of some of the world’s leading companies to come in and financially restructure and set McLaren Group and its business entities, give it a clear strategic plan.

“We’ve had shareholder changes, management changes, and had Excom which was put in place Sheik Mohammed and Mansour (Ojjeh), which was always intended to be a temporary solution — I think they did an excellent job — and then to transition to someone like Paul Walsh who would come in and restructure the company.

“He didn’t get a chance to do that from day one, as he had to deal with COVID. What you’re now starting to see is the work Paul and the shareholders are doing. We have a good chunk of debt, now Paul is starting to set a direction to give us a stronger balance sheet, invest in the right areas, ultimately grow our companies and be financially a much stronger company.

“We’re very excited … The sales leaseback is part of that journey. Why have this money tied up in real estate? We’re not in real estate, we’re a racing team. This is the start of the journey.”

Flipkart To Employ 70,000 In Supply Chain Operations This Year