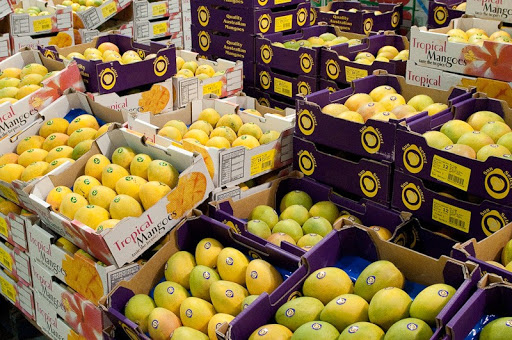 ISLAMABAD: Mango exporters of the country fear 40 per cent drop in the overall export volume this year, as they are faced with multiple challenges due to coronavirus outbreak across the world coupled with the negative impact of climatic change.

Low production of mangoes owing to climatic change and imposition of global lockdowns due to Covid-19 has led to a sharp decline in the demand of Pakistani mangoes; flight operations have been reduced while freight charges have been increased exorbitantly.

According to Waheed Ahmed, head of the All Pakistan Fruit & Vegetable Exporters, Importers & Merchants Association (PFVA), mango exporters are faced with uncertainty due to the global coronavirus pandemic, and that the mango exports are expected to reduce by 40pc in comparison to the last year. The pandemic has led to shut down of international importing markets of Pakistani mangoes including Europe and USA, he added.

Exporters said the airlines, due to curtailment of their operations, have enhanced the freight charges three times as cargo carriers are currently charging Rs550 per kilo instead of Rs175 per kilo last year for Europe, while the freight charges of Rs80 per kilo to the Gulf countries have been enhanced to Rs240 per kilo this year, which has multiplied the cost of mango export consignment exorbitantly.

Of the total export volume of mango, 55pc is exported by sea, 20pc by air and 25pc by land routes but due to an exorbitant increase in freight charges by the airlines the air export is feared to be reduced by 70pc this year. On the other hand, the mango export to Iran and Afghanistan via land routes is likely to encounter difficulties either due to global lockdown or closure of the borders.

The flight operations to several importing countries of Pakistani mangoes have not yet been resumed and similarly, the flights that are operating with “changed schedule” are also posing a serious threat to the export of mangoes.

Even if Pakistani mango exporters export mangoes to Europe by absorbing higher freight charges, there is no guarantee that these shipments would be cleared in time and reach the consumers, exporters fear.

Not only export of fresh Mango but the value-added mango products like mango pulp exports have also started experiencing declining and domestic consumption also declined significantly and this ill –effects are anticipated to become pronounced during the current mango season.

Due to closure of hotels, academic institutions, tourism and shopping malls, the demand of juices has dropped remarkably, which is adversely affecting export of mango pulp as well as a drastic reduction in demand locally.

The countries importing Pakistani mango pulp have already curtailed their orders due to significant drop in consumption of juices locally, it is feared that the revenue generation from export of mango pulp as well local sale is anticipated to be dropped by 35pc.

According to the horticulture exporters, the coronavirus pandemic has only surfaced this year while the negative impact of the climatic changes is being felt for the last five years leading to low production. The mango crop is now taking an additional two weeks to get matured and hence the harvesting period now increased, they add.

Simultaneously with this serious challenge, the mango engulfed with several diseases finds it difficult to cope up with the diseases due to reduction in its natural capacity to defend against such diseases.

The exporters have now changed their trade strategy for exporting mango by air due to the abnormal increase in freight charges and are now switching to sea transportation.

How Ford, GM, FCA, and Tesla are bringing back factory workers