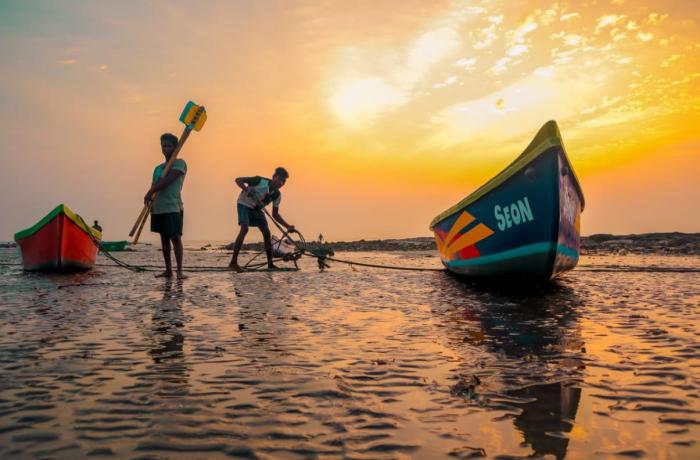 Due to the pandemic, with no means to store and transport the fish, the Catholic community of Uttan struggles to survive. State intervention requested. Young people risk abandoning the traditional activity of their parents. However, local fishermen have a great faith in God, which is strengthened in every situation.

Uttan (AsiaNews) – After the coronavirus lockdown, about 10 thousand Catholic fishermen from Uttan (Maharashtra) have taken their boats out to sea for the fishing season. They are part of the parish of Our Lady of the Sea (archdiocese of Mumbai), which has a total of 18 thousand faithful.

Deacon Godfrey Malu is assigned to the local church, pending his priestly ordination, postponed due to the pandemic. On the occasion of World Fisheries Day, he shares a reflection with AsiaNews on the devastating impact that the health emergency has had on the fishermen of his community.

The fishing season opens every year on August 1st, but was postponed for two weeks due to the pandemic. On August 15, the Feast of the Assumption and Independence in India, I blessed nearly 50 boats before their departure.

At this time of crisis, it is not profitable to go out to sea. Our fishermen only sell their catch at the local market – where prices are low – because they have no means of transport to take them to the larger centres. Earnings are meagre, and they struggle to support their families.

However, these fishermen have great faith in God, which is strengthened in every situation. At the opening of the season, two boats had problems at sea. One sank, leaving two fishermen dead. Another 11 were rescued by another boat: unfortunately, I don’t think they received any compensation from the government.

Another boat was hit by a storm; all crew members (15-20 people) were rescued by a rescue helicopter. The boat remained adrift for 5-6 days, without the authorities intervening. The local fishermen took courage and went to sea to bring it back to land: it is like the parable of the lost sheep! The succeeded in their aim and were acclaimed by the villagers.

Mumbai, the financial capital of India, is home to one of the oldest fishing communities: The Koli. Fishing is a way of life as well as a means of livelihood. It is in their blood and makes them proud to contribute to the development of society. This occupation was handed down to them by their ancestors: their souls are in the ocean.

The fishing community is very vulnerable to different climatic conditions, especially storms and monsoon rains. Another “storm” in the form of a virus has compounded existing problems. For local fishermen, Covid-19 and the national lockdown to contain it are far worse than seasonal cyclones, having effectively shut down their activity.

The fishermen believe they followed the government’s directions, staying at home when required, but the authorities must now also consider their needs. During the first week of the lockdown, they had to throw 10,000 tons of unsold fresh fish overboard. These months are the most important for fishing: This is the fishing season when stocks are caught, sorted, dried and stored for the rainy season, when the activity stops. The problem is that the local fishing industry does not have available refrigeration, storage and transport systems for the fish.

Unlike farmers and other vulnerable sectors of society, Uttan fishermen are not eligible for government support programs. The authorities should take action to reduce the impact of the disaster. Local families are reduced to a state of survival. With the current situation, without any income, they think that the young people of the place should perhaps no longer follow in the footsteps of their fathers, and seek other professions.

Covid deals under the microscope