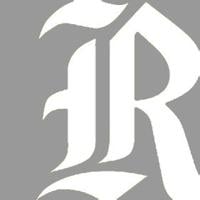 There have been several recent news stories about the effects of climate change, including rising ocean temperatures and reports that 2021 was the sixth-warmest year on record.

Losses caused by natural disasters in 2021 were estimated at $280 billion, up from $210 billion in 2020. The United States saw more than 600 deaths from natural disasters last year. A recent study of 10,000 young people found high levels of climate anxiety, asserting that “climate anxiety and distress were significantly related to perceived inadequate government response and associated feelings of betrayal.”

While the House passed a version of the Build Back Better plan that includes more than $500 billion in climate investments, it did not include a price on carbon, which has widespread approval and would make a lasting difference in the fight against climate change. The Senate version must include a carbon tax so we can continue to work for a better future for our children.

Terror is the toughest issue facing the Tories

Emerging Market Stocks to Invest in