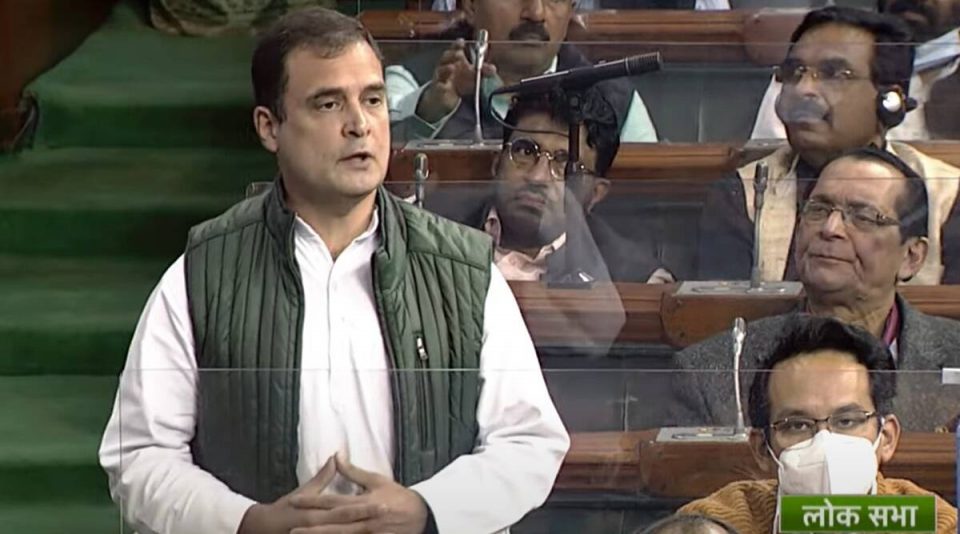 Parliament Budget Session Live Updates: Speaking in Lok Sabha, Rahul Gandhi on Wednesday slammed the BJP government, saying that the current government has made a fundamental mistake in its foreign policy which brought Pakistan and China together. “This is the single biggest sin you have committed against the people of India. China has a clear-cut plan which they have implemented in Doklam and Ladakh. This is a very serious threat to the Indian nation. We have made a huge strategic mistake in our foreign policy,” he added.

Gandhi further said that the problem of unemployment in the country is the worst in 50 years. He also that there are two Indias now, with the gap between the rich and the poor ever widening. The Presidential address did not touch upon any of the central issues that the country is facing, he added. “There was not a single word on unemployment in the Presidential Address. The youth across the country is looking for jobs. Your government is unable to provide them with one. You speak of providing employment, 3 cr youth lost their jobs in 2021. Today India is facing the highest amount of unemployment in 50 years. You talk of Make in India, Start-Up India, but youth did not get the unemployment they were supposed to,” he said.

Earlier in the day, flagging a widespread unemployment crisis in the country, Leader of Opposition in Rajya Sabha Mallikarjun Kharge accused the BJP government of failing to follow through with its promise to provide 2 crore jobs every year. “You should have provided 15 crore jobs by now. But how many jobs did you actually provide? This year’s Budget promises just 60 lakh jobs in the next 5 years,” he said in the Rajya Sabha on Wednesday.