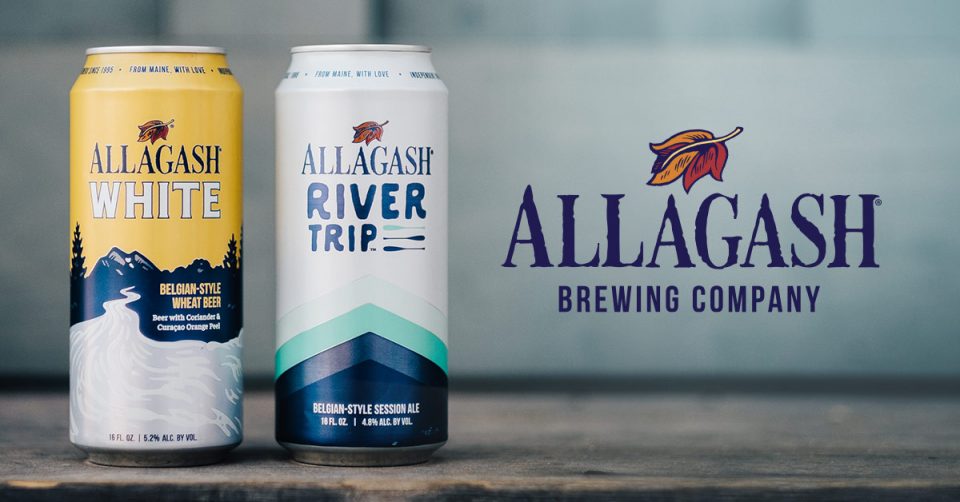 The company will sell its flagship Allagash White and River Trip Belgian-inspired session ale at Total Wine stores throughout Florida.

“We left the Florida market 10 years ago and are excited to bring a selection of our core beers back to the state’s burgeoning beer scene,” Allagash founder Rob Tod said in a press release.

“We recently had an exciting opportunity to partner with Total Wine and sell select packaged beer through all of its stores across Florida,” Allagash sales director Naomi Neville added. “We think that offering cans of Allagash White and River Trip — two fan-favorites in our lineup — is a great way to reintroduce ourselves to Florida’s craft beer fans.”

The expansion to Florida comes a week after Allagash revealed plans for “a one-time release of core beers and specialty offerings” in Wisconsin through Sheehan Family Companies subsidiary Beechwood Sales & Service. Allagash products had not been available in Wisconsin for more than a decade.

“Thanks to our strong relationship with Sheehan Family Companies and Beechwood Sales & Service, we’re able to bring this one-time release of Allagash favorites to Wisconsin,” Neville said in a release. “We’re starting small with a one-time shipment, but we’ll absolutely be evaluating the market going forward.”

Allagash’s flagship White, Tripel, Curieux, I Believe in Love, Coolship Pêche and Fox Leap will be available in the state starting in June.

Allagash products are now available in 17 states and Washington, D.C.

The transaction is expected to close in the third quarter.

“Carlsberg Marston’s Brewing Company will offer an enviable portfolio of international, national and regional beer brands, with Carlsberg famous for iconic lager and world beer brands, and Marston’s, one of the UK’s leading brewers of premium cask and packaged ales,” the companies announced in a press release.

Carlsberg UK will hold 60% of the equity in the joint venture, while Marston’s will receive a 40% stake and a cash payment of £273 million pounds ($332.3 million), according to a release. Carlsberg UK managing director Tomasz Blawat will serve as CEO of the combined company, while Marston’s PLC CEo Ralph Findlay will serve as non-executive chairman. Richard Westwood, Marston’s Beer company managing director, has been appointed COO, Integration.

The companies said the JV will create synergies and productivity improvements, while generating around £24 million by the end of the third year of the tie up.

A Delaware bankruptcy judge has approved the sale of Craftworks — the Nashville, Tennessee-based parent company of the Gordon Biersch, Rock Bottom, Logan’s Roadhouse and Old Chicago restaurant chains, which filed for Chapter 11 bankruptcy earlier this year — to its secured lender, Fortress Credit LLC, which filed a $93 million credit bid, according to Law 360.

According to the report, U.S. Bankruptcy Judge Brendan L. Shannon called Fortress’ bid to use debt it is owed to acquire Craftworks’ assets the “best available option” for preserving the business.

“The options beyond this transaction are bleak at best,” the judge said.

Shannon added that he feared that Craftworks was moving toward a Chapter 7 liquidation due to the COVID-19 pandemic.

The deal has left Craftworks’ landlords fearing that they would be out rent payments for March, April and May.

U.S. brewers shipped 14.2 million barrels of beer in April 2020, a decline of 4.9% compared to April 2019, according to national trade group the Beer Institute, which shared unofficial estimates of domestic tax paid shipments tallied by the Alcohol and Tobacco Tax and Trade Bureau (TTB).

A federal judge in Pennsylvania has conditionally certified a collective class of servers who claim they weren’t paid the minimum wage by Iron Hill Brewery & Restaurant for improperly calculating pay, Law 360 reported.

The class includes servers who worked at Iron Hill locations in Pennsylvania, New Jersey, Delaware or South Carolina between May 2016 and the present.

According to the report, a former Iron Hill server, Christina Mary Reynolds, testified that she was required to do untipped side work and was only paid $2.83 per hour for every hour she was clocked in as a tipped server during her time at Iron Hill’s North Wales location from January 2019 through March 2019.

The federal Fair Labor Standards Act allows Pennsylvania businesses to pay workers a tipped minimum wage of $2.83 an hour (or a “tip credit”) as long as they earn $7.25 after tips are added to their pay, Law 360 reported.

The High Court of London has thrown out a defamation lawsuit filed by Scottish craft beer maker BrewDog against London-based boutique Frank Public Relations Ltd., which issued a press release in September 2018 offering free beer to supporters of U.S. President Donald Trump, according to Law 360.

The press release was related to a series of events between BrewDog and Atlanta, Georgia-based Scofflaw Brewing at the Scottish beer company’s 36 pubs in the United Kingdom. BrewDog terminated the arrangement after Frank issued an unauthorized press release to “thousands of journalists” encouraging Trump supporters to show up at BrewDog’s pubs for a free pint of Scofflaw beer. Frank issued an apology the following day, blaming an “individual employee” for sending the release without approval.

BrewDog sued the firm in July 2019, claiming its image was damaged, but Judge Andrew Nicol ultimately rejected the lawsuit.

“[S]imply to say of someone that they were a supporter of Donald Trump, or his policies, would not arguably lower that person in the eyes of right-thinking people generally,” Nicol wrote.

Outgoing Heineken N.V. CEO and chairman of the executive board Jean-François van Boxmeer is joining the mobile operator Vodafone as chairman, supplanting Gerard Kleisterlee, according to Reuters.

Van Boxmeer, who has led Heineken for 15 years, will join Vodafone as a non-executive director on July 28, and assume the role from Kleisterlee in November.

O’Neill was “instrumental” in the merger of Molson Inc. and Adolph Coors Company in 2004, which led to the formation of Molson Coors Brewing Co., now Molson Coors Beverage Company. O’Neill became vice chairman of synergies and integration following the merger, and ended up leaving the company on May 31, 2005.

Is Your Supply Chain Ready For A Second Wave Of COVID-19?