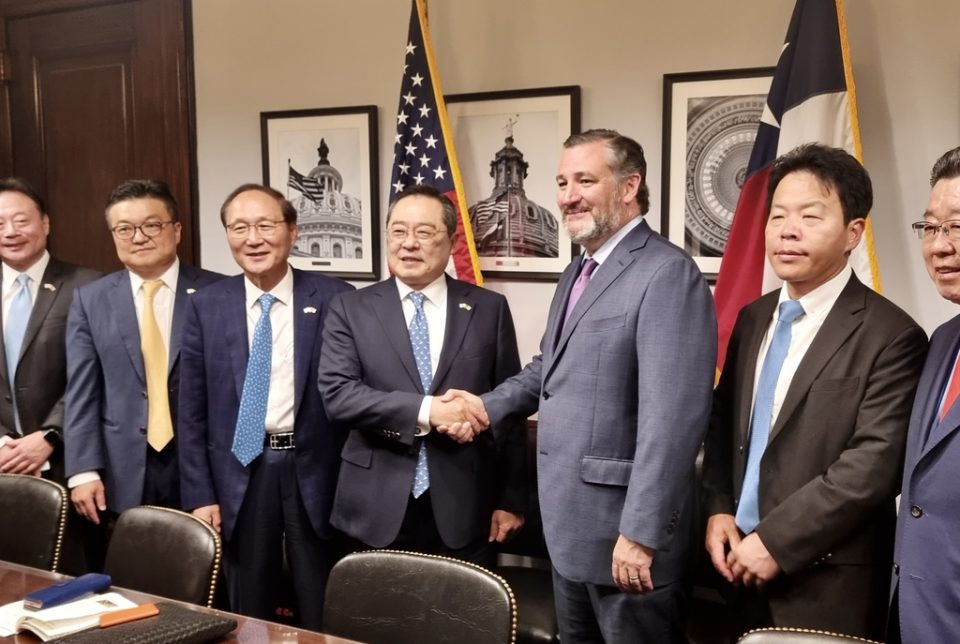 A group of South Korean businessmen have discussed bilateral economic cooperation with US lawmakers and White House officials in Washington, with a focus on global supply chains, Seoul’s trade association said Thursday.

The delegation, led by Koo Ja-yeol, chief of the Korea International Trade Association (KITA), made the two-day visit to the United States from Wednesday (US time) in a bid to bolster economic exchanges involving the private sector, KITA said in a release.

Officials from 13 large firms running operations in the US, including LG, SK hynix and Hyundai Motor were among the delegation, it said.

In the meeting with US Senators Ted Cruz (R-TX), Bill Hagerty (R-TN) and Alex Padilla (D-CA), Koo said supply chain cooperation is the “first step” in the South Korea-US economic security alliance, and that companies and businesspeople should be the main players in the cooperation, according to KITA.

The delegation also had a meeting with Peter Harrell and Melanie Nakagawa, senior directors at the White House National Security Council, and Sammera Fazili, a deputy director of the National Economic Council.

The delegation also attended a session hosted by the Congressional Study Group on Korea, where they were joined by members of the Congress, including Reps. Young Kim (R-CA) and Ami Bera (D-CA), and discussed bilateral trade, investment and ways to promote cooperation, KITA said. (Yonhap)