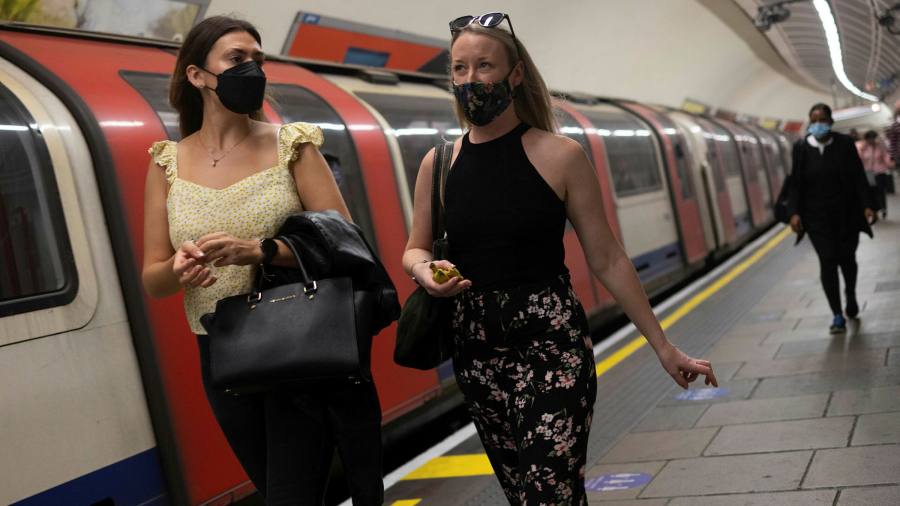 The London mayor and other UK leaders have broken with Boris Johnson’s government by insisting on the wearing of masks on public transport from July 19 when most Covid-19 restrictions come to an end in England.

Johnson is dropping the legal requirement to wear a face covering in public places and instead has made it a matter of personal choice.

But Nicola Sturgeon, Scotland’s first minister, implicitly criticised that approach on Tuesday by saying her government would continue to mandate face coverings “in all likelihood for some time to come”. The Welsh government will also continue to enforce mask wearing on public transport.

Ministers aren’t willing to do what’s right, and I’m not prepared to stand by and put Londoners, and our city’s recovery, at risk

“I’ve repeatedly made clear that the simplest and safest option would have been for the government to retain the national requirement for face coverings on public transport,” Khan said.

“But ministers aren’t willing to do what’s right, and I’m not prepared to stand by and put Londoners, and our city’s recovery, at risk.”

The requirement to wear a face covering would continue to be a “condition of carriage” on all Transport for London services from July 19, a contractual obligation between the operator and passengers.

TfL staff are expected to run enforcement operations and will refuse entry to people not wearing masks and who are not exempt. They will also be able to ask people to leave services for failure to comply with the requirement.

The fact that London’s Labour mayor and the Scottish National party first minister of Scotland are taking a more cautious approach adds to the political risk facing Johnson in the event case numbers rise.

Johnson may also be relieved that Khan is retaining masks on public transport — albeit without the full force of the law — since it may help to contain Covid-19 cases, which ministers fear could soon hit 100,000 a day.

Grant Shapps, the transport secretary, suggested last week that transport operators might want to retain mask-wearing as a condition of carriage during rush hour.

On Tuesday Graham Medley, chair of the Covid modelling advisory group SPI-M, told the BBC that wearing a mask could slow the spread of the disease but “only if everybody does it” rather than just 70 per cent or so.

He said he understood why Johnson was moving away from a mandatory approach, but said: “On the other hand, if it’s not mandated it probably won’t do any good.” Johnson said on Monday he “expected” people to carry on wearing face coverings in enclosed spaces such as public transport. 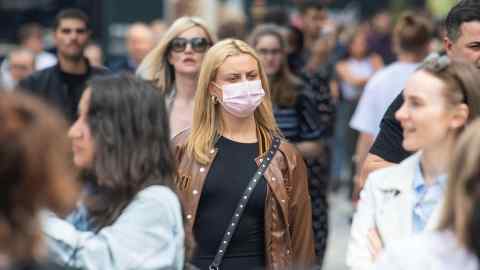 Sturgeon said of her decision to retain face coverings for some time to come: “It is my view that if a government believes measures like this matter, and this government does, we should say so.”

Meanwhile rail and bus companies do not plan to insist on face coverings for passengers once the final round of restrictions has been lifted. They are concerned by enforcing the rules without legal backing from the central government.

The Rail Delivery Group, the trade body for train operators, said: “Passengers should follow the government guidance and, out of respect for others, wear face coverings if an indoor setting is busy.”

Most other big city transport systems such as the Metro in north-east England and Sheffield’s Supertram will also not enforce mask wearing.

Andy Burnham, mayor of Manchester, said he had the power to force people to wear them on trams but not on buses and that it would simply cause confusion to do so.

He said the government should rethink and mandate mask wearing to protect the 3.8m people in the UK most vulnerable to Covid.

“One person’s freedom day is another person’s fear day,” he told BBC Radio 4’s Today programme. “I expect . . . we will be receiving complaints come Monday that people don’t feel able to go about essential tasks and they will not know what to do.”

EU throws green spanner in the works of global trade