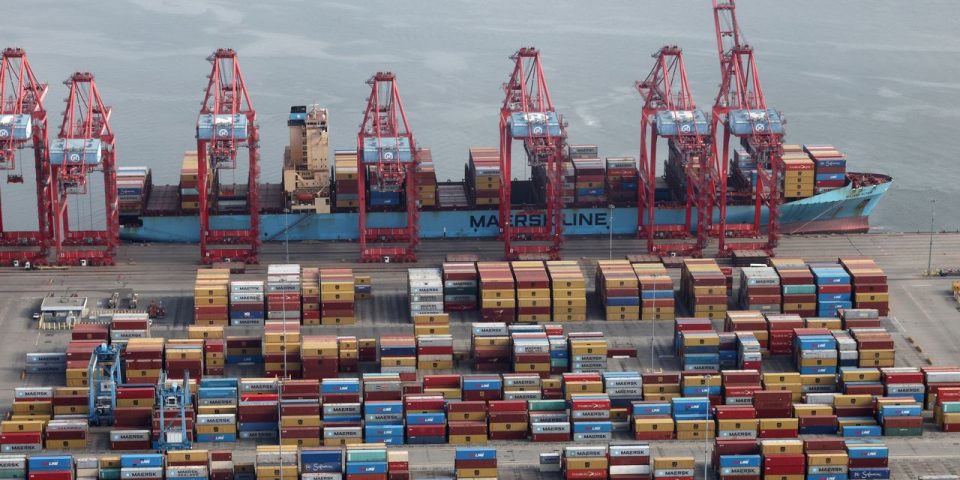 vice president of supply chain and customs policy at the National Retail Federation, which represents merchants that import goods into the U.S.

Retailers are among the shippers that have seen transport costs surge in recent months amid supply-chain disruptions, including lengthy delivery delays and additional fees, brought on by the upheaval in production and demand during the pandemic.

The broad executive order President Biden signed on Friday is aimed at promoting competitive markets across the U.S. economy and limiting corporate dominance that the White House says puts consumers, workers and smaller companies at a disadvantage.

The order directs the Federal Maritime Commission and the Surface Transportation Board, which regulate the ocean shipping and freight rail sectors, respectively, to toughen their oversight of cargo transport.

The order doesn’t give the agencies any new authority, but focuses on areas such as so-called reciprocal switching by railroads and the fees known as detention and demurrage that ocean carriers impose when importers and exporters fail to pick up containers within a specified time. Those charges have risen dramatically as congestion at ports has grown under a deluge of shipping demand.

“Detention and demurrage is one of the issues we have highlighted as an ongoing issue facing companies across the board,” said Mr. Gold. “And the

has got to get it under control.”

The National Industrial Transportation League, which represents companies that ship bulk commodities such as chemicals, said the use of such fees has proliferated and “are crippling the maritime supply chain.”

“We applaud the administration for recognizing that current business practices in each sector are disrupting and delaying delivery of goods and services, adding unnecessary costs for businesses, and ultimately creating higher costs for consumers,” said NITL Executive Director

The five-member FMC, an independent government agency, has been examining ocean carriers’ use of the late fees and competitiveness in a container shipping sector that the White House order says has three carrier alliances that control 80% of global capacity.

The FMC hasn’t sought new regulatory authority, but on Monday said it had signed an agreement with the Justice Department to create more cooperation in assessing antitrust concerns in the maritime sector.

said in a statement that he is committed to “doing all I can to have the Commission fully participate in this governmentwide coordinated effort to benefit the U.S. economy.”

Freight carriers, however, say the executive order is an overreaction to market forces that have roiled supply chains over the past year.

chief executive of the World Shipping Council, a Washington-based trade group representing container shipping lines, said the rising rates and long delays in ocean transport are “a market aberration” brought on by the impact of the Covid-19 pandemic.

“The current supply chain disruptions are the result of an historic surge in demand by Americans for goods from overseas,” Mr. Butler said in a statement. “There is no market concentration ‘problem’ to ‘fix,’ and punitive measures levied against carriers based on incorrect economic assumptions will not fix the congestion problems.”

The Association of American Railroads said the order provides “a misguided direction to interfere with functioning freight markets” and would give trucking companies an advantage over railroads by adding complications to rail operations.

Some groups representing cargo customers say they believe more specific action may be needed to shift what they see as an unbalanced regulatory structure that favors the freight carriers. That could include changes to the Shipping Act that sets the framework for maritime regulation.

The order “shows that the FMC and other agencies are getting into the crosshairs of the White House,” said

executive director of the Agriculture Transportation Coalition, which represents the U.S. farm sector on logistics issues in Washington. “It sends a message that those regulators are seen as not protecting the shipping interests of the public. That’s a pretty strong message.”

Khan and Sturgeon rebuff Johnson by insisting on masks for transport

Maersk Updates Expectations to Volumes and EBITDA for Q2 2020