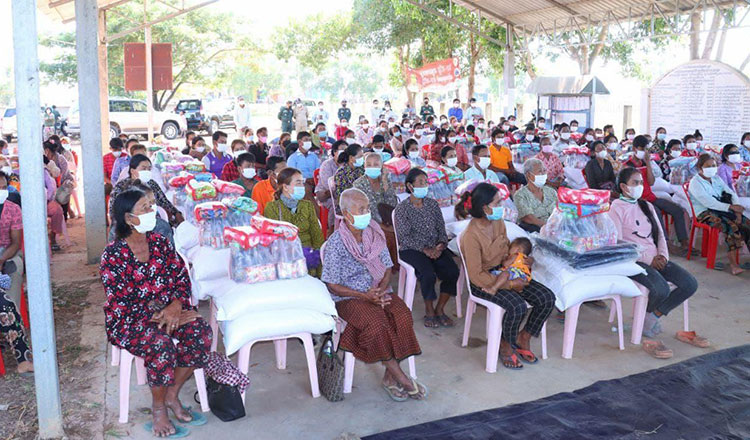 Kampong Thom’s Provincial Administration distributed donations to 114 families in the province who were affected by natural disasters.

Kampong Thom Provincial Governor, Nguon Rattanak, presided over the distribution ceremony of the Department of Social Affairs, Veterans and Youth Rehabilitation on the morning of January 14. The 114 families who received donations were affected by floods and storms.

The 114 families affected by the natural disaster received rice, soy sauce, fish sauce, blankets, tents and some other materials.

Governor Rattanak stated that the donations were given to help meet the needs of the family who aside from being affected by natural disasters are also facing difficulties in earning a living.

According to the provincial authorities, every year at the beginning of the rainy season, Kampong Svay District experiences storms that damage properties of many people in each of the communes. During a previous storm, 77 homes were damaged by the strong wind and rain.

Terror is the toughest issue facing the Tories

Global Polyethylene Sourcing and Procurement Report Forecasts the Market to Have an Incremental Spend of USD 39.57 Billion | SpendEdge...