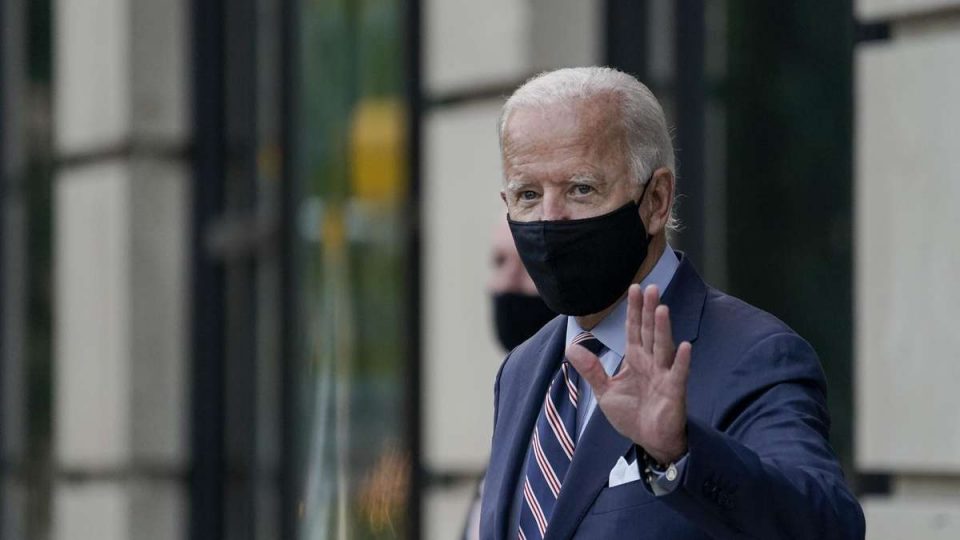 US Democratic presidential nominee Joe Biden said a trade deal with the UK relied on continued respect for the Northern Ireland peace deal.

Mr Biden’s words were a warning to British Prime Minister Boris Johnson as he moved to break international law over Brexit and the province.

His intervention shows how Mr Johnson’s proposal to override the Brexit divorce treaty signed with the EU is having international repercussions, and making a transatlantic free-trade agreement more difficult.

Mr Biden shared a strongly worded letter signed by four senior members of Congress, which urged Mr Johnson to “abandon any and all legally questionable and unfair efforts” to breach its agreement with the EU.

“If these reported plans were to go forward, it would be difficult to see how these conditions could be met.”

But standing alongside Britain’s Foreign Secretary, Dominic Raab, on Wednesday in Washington, US Secretary of State Mike Pompeo said trade talks with the UK were progressing well.

Mr Pompeo said he backed the UK as a trustworthy partner, despite the row over Mr Johnson’s plan to rip up parts of the Brexit deal.

“I am confident they’ll get it right,” he said. “We know the complexity of the situation.”

The British government has not put a firm timetable on securing a free-trade agreement with the US, which has been promoted as a post-Brexit prize.

The US is the largest destination for British exports outside the EU, and trade between the two countries amounted to $270 billion (Dh991.7 trillion) in 2019.

A free-trade agreement with the US would boost Britain’s GDP by 0.16 per cent in the long run, said a UK government estimate published in March.

Prior registration must for farmers bringing produce from outside for procurement in Haryana : The Tribune India

Digital Transformation and Industry 4.0 Key to Manufacturing and Supply Chain Fortunes in a Post-COVID World