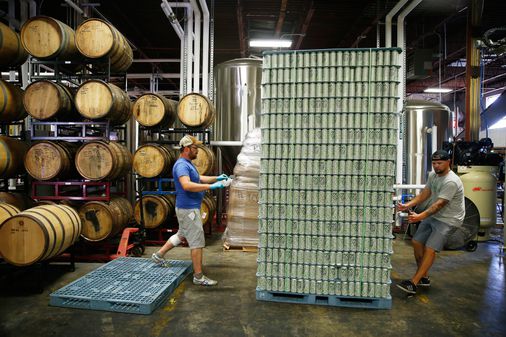 Night Shift Brewing’s distribution affiliate is expanding to Connecticut in an ambitious move for a craft brewer that made some waves by taking the unusual step of entering the wholesale business in 2016. The Night Shift Distributing warehouse in Stratford, Conn., is slated to open in October and be run by longtime Night Shift staffer Justin Dirienzo.

It will be the distribution company’s first location aside from the Chelsea headquarters, but it probably won’t be the last: Co-owner Michael Oxton said it’s very likely Night Shift will open branches in more states over the next five years. (Night Shift Brewing, meanwhile, is based in Everett.) The company first tested out the Connecticut market last year, via a short stint with an independent distributor. “We … saw so much interest,” co-owner Rob Burns said in a statement. “Now we’re returning as our own wholesaler and couldn’t be more excited.”

The move comes a few months after Night Shift Brewing abandoned its plans to open a brewery in Philadelphia because of financial issues caused by the COVID-19 pandemic.

Night Shift is only distributing its in-house brands for now out of Stratford, but already distributes beers for more than 25 other companies in Massachusetts. Also, Night Shift has become the most popular craft beer brewer in Massachusetts based on package and grocery store sales, as tracked by IRI, behind only Boston Beer Co.